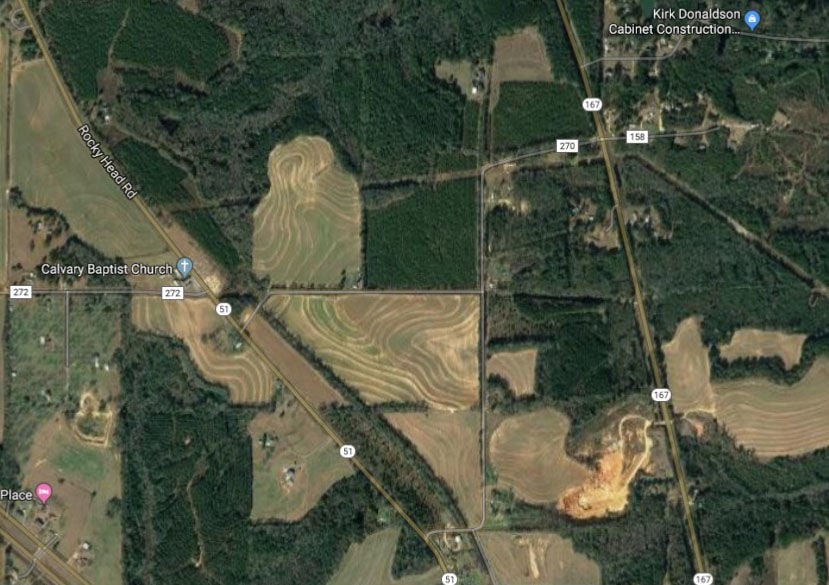 The site of the Southeast Alabama Veterans Home will be the triangle-shaped 108 acres north and east of Highway 51. 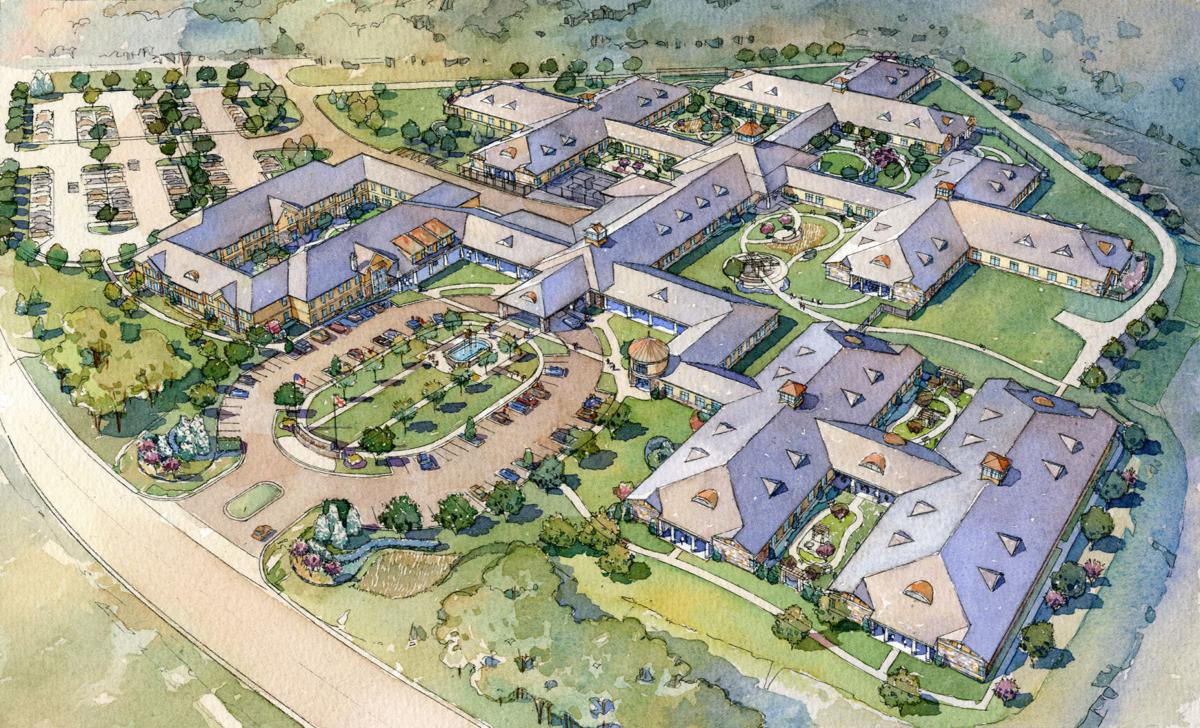 This is an artist’s rendering of the layout of the Col. Robert L. Howard State Veterans Home in Pell City.

The site of the Southeast Alabama Veterans Home will be the triangle-shaped 108 acres north and east of Highway 51.

This is an artist’s rendering of the layout of the Col. Robert L. Howard State Veterans Home in Pell City.

The Alabama State Board of Veterans Affairs selected Enterprise from a field of a dozen towns for the home, which will employ an estimated 250 workers, house up to 175 residents and be about a $60 million-$65 million project with the facility totaling about 182,000 square feet.

The board unanimously selected the Homes Committee’s recommendation of Enterprise as the site.

“We are in hog heaven,” Enterprise Mayor Bill Cooper said when contacted by The Ledger.

State Representative Rhett Marques, who represents Enterprise in District 91, was also thrilled with the news.

Coffee County was also among those vying for the site with land near the Dollar General on Highway 84 in New Brockton. Andalusia, Daleville Dothan, Eufaula, Geneva, Greenville, Luverne, Opp, Ozark and Troy were also municipalities that were believed to have presented a case for the home.

The ADVA considered the southeast Alabama counties of Barbour, Butler, Coffee, Covington, Crenshaw, Dale, Geneva, Henry, Houston and Pike counties for the new home, which will be the fifth in the state.

The Enterprise location consists of a donation of 108 acres between U.S. Highway 84 and Alabama Highway 167. It is a triangle-shaped lot to the north of Highway 51 and can be accessed from Highway 167 via Salem Road or Highway 270. The land was donated by the city of Enterprise, which purchased the land in late 2018.

The price of the project will be funded by the Veterans Administration and the state.

The only people from Coffee County at Friday’s board meeting were Jonathan Tullos, representing several areas involved as executive director of the Wiregrass Economic Development Inc., and Coffee County Administrator Rod Morgan. State Rep. Steve Clouse of Dale County, Andalusia Mayor Earl Johnson and Dothan Area Chamber of Commerce President Matt Parker were among others on hand for the announcement.

In early 2018, the Alabama Department of Veterans Affairs hired Public Consulting Group Inc. conducted a feasibility study for the long-term Veteran healthcare needs in the state. The PCG study projected that 1,440 veterans would require a skilled-care bed by 2045. Currently, there are 704 beds at Alabama’s four Veterans homes. The maximum number of state Veterans home beds in Alabama for now is 1,007.

In addition, the study showed that the projected demand for skilled-care among Alabama Veterans will continue to significantly exceed the total number of beds currently provided through the state Veterans home program.

The Veterans Homes Committee reviewed site proposals submitted by Wiregrass municipalities based on five factors -- favorability of the plot of land proposed; transportation accessibility; workforce availability; specialized healthcare services within proximity of the site; and additional factors identified by the proposer.

“This was a difficult selection process, as many communities submitted excellent proposals for the new Veterans home,” Chad Richmond, SBVA vice-chairman, said. “We are excited about this project, as this location will give access to many underserved Veterans. The committee team worked diligently and fairly through this process, and I’m confident that our selection of Enterprise will provide the setting and care our veterans deserve.”

Coffee County was identified as having the largest Veteran population projections in the feasibility study. In fact, Marques said Enterprise has “most Veterans per capita in the state.” Fort Rucker’s proximity was vital to that count, and the U.S. Army post has long been labeled as the economic engine for Enterprise.

“We have an excellent hospital (Medical Center Enterprise), good infrastructure,” Marques noted. “We are a growing and viable town and continuing to grow.

In the press release from the SBVA, it noted that Enterprise had a workforce to support the home as well as medical services available to support the needs of the veterans.

“We have people we can draw from,” Marques said. “It’s a win for the Wiregrass as a whole. We will utilize Dothan because Wallace Community College has such a good nursing program, Enterprise State (Community College) is about to begin an EMT class, and there’s Troy University; we just have a solid workforce.

“It’s a mutual deal with the county. It’s one of those things where Coffee County knew it would be good for everyone. We now have a regional approach around here. That is key.”

Marques credited the presentation package put together by the Wiregrass Economic Development, the city of Enterprise, and the support of Coffee County. “Everyone did an excellent job of getting us noticed,” Marques said. “They did a good job of showing off the city.”

Another key could be the possible 4-lane project from Interstate 10 in Florida all the way to Enterprise. The last 22 miles will be up to the Alabama Department of Transportation. Florida has reportedly agreed to 4-lane its part to the Alabama state line. “Hartford, Enterprise, Daleville. Dothan, Fort Rucker; they’ll all reap the benefits if that happens,” Marques said.

Cooper also credited the presentation to the committee last fall, adding that the flat land, its access to Highway 167, Medical Center Enterprise and the dialysis center as key factors for Enterprise getting chosen.

“The Wiregrass will benefit from this because of the workforce needed,” Cooper said. “People will be coming from all over. This is really a plus.

“Our work is just beginning. We have a few more miles to go, but we’ll get there.”

A press conference has been scheduled regarding the announcement on Monday at Enterprise City Hall beginning at 10 a.m.