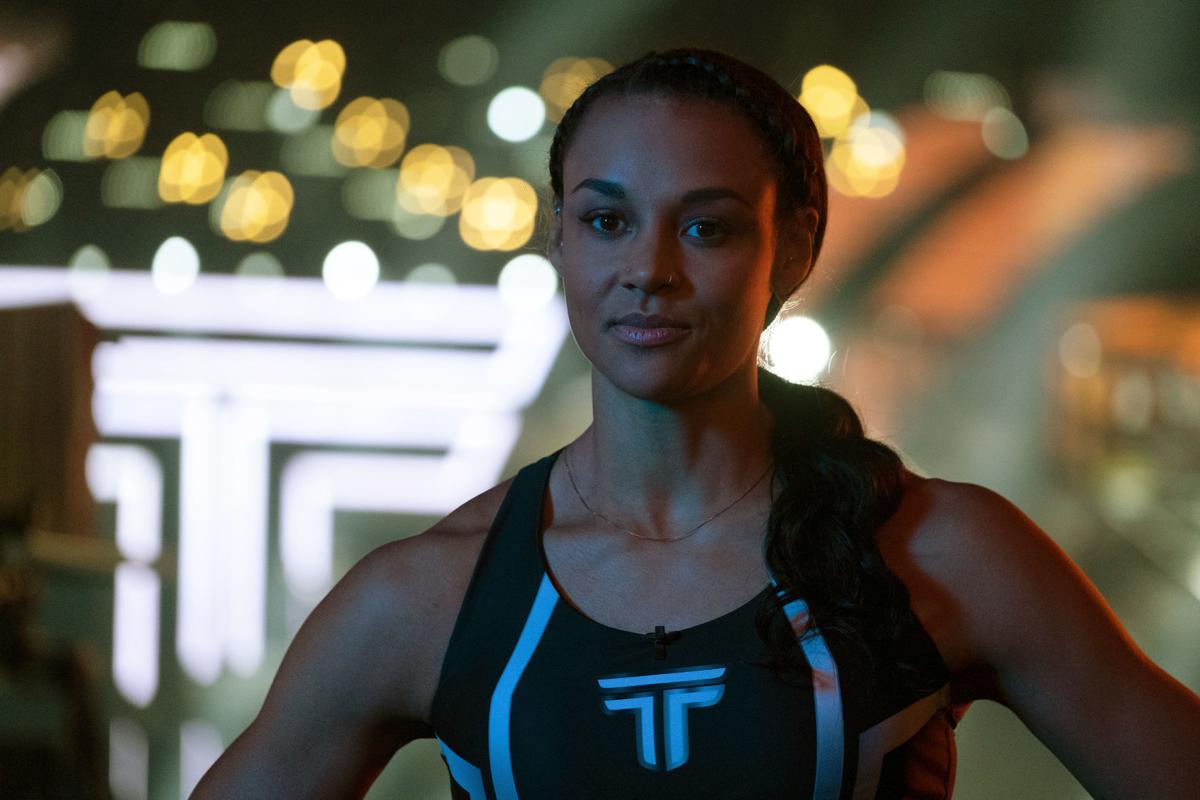 Enterprise resident Chantae McMillan became the Titan of the Central Region by dethroning boxing champion Claressa Shields and then defeating a challenger in her third win in last week's debut of the Titan Games. 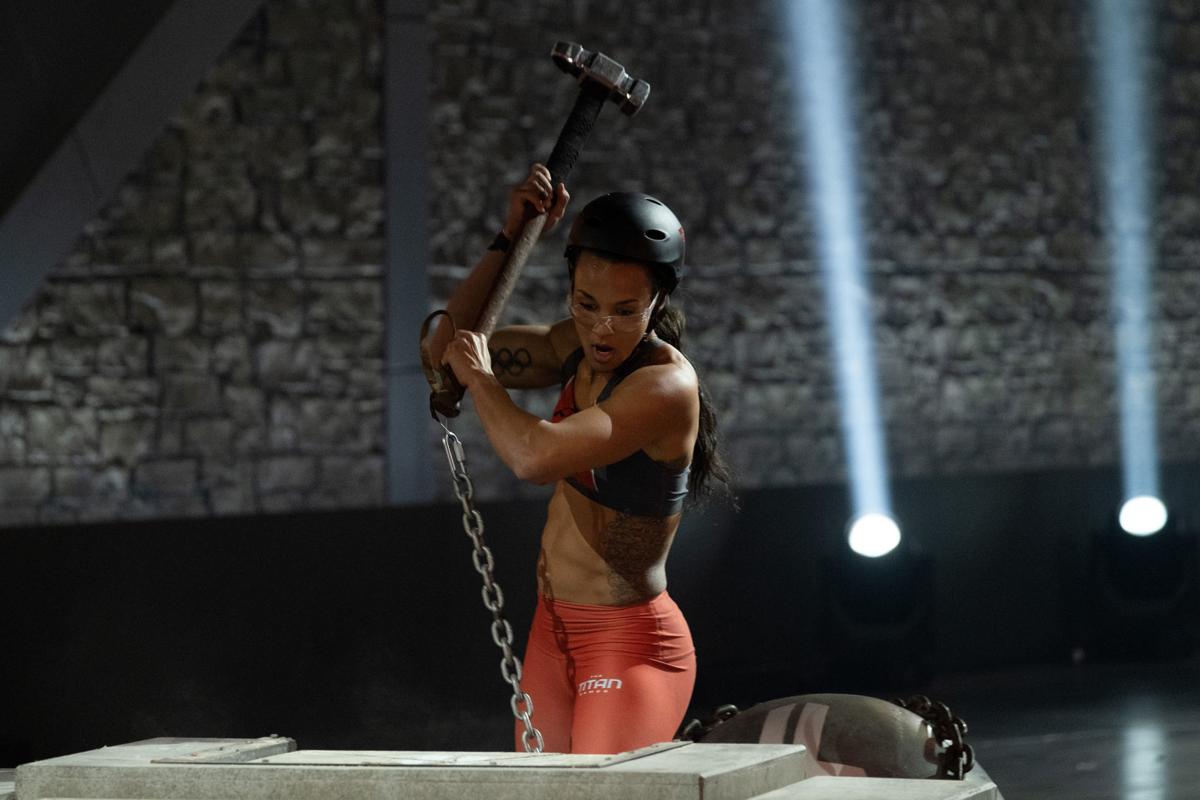 Chantae McMillan hammers through concrete during competition in the Titan Games. 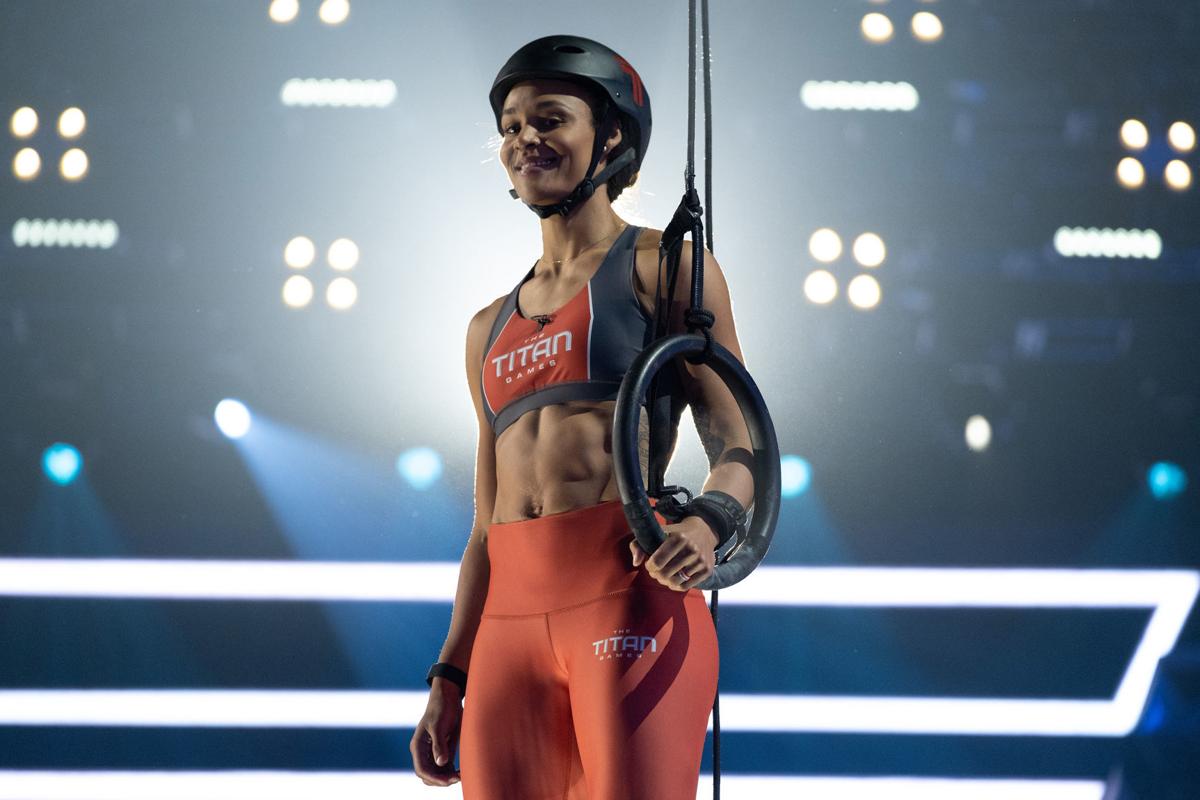 Enterprise resident Chantae McMillan became the Titan of the Central Region by dethroning boxing champion Claressa Shields and then defeating a challenger in her third win in last week's debut of the Titan Games.

Chantae McMillan hammers through concrete during competition in the Titan Games.

Watching herself compete in last Monday’s season debut of the Titan Games on NBC was nearly as difficult for Chantae McMillan on her sofa as it was going through the speed and strength challenges when the show was filmed in February.

“It brought back a lot of emotions — the pain, the tiredness,” McMillan said in a telephone interview last Wednesday. “I was kind of nervous sitting there watching. I was shaking, thinking back to that night — even though I knew the outcome of everything.”

And that quote was from the Enterprise resident who won three matches in last Monday’s debut. Imagine what the losers felt like.

McMillan, a former U.S. Olympian who competed in the heptathlon in the 2012 London Games, is training for next summer’s COVID-19-delayed Tokyo Olympics.

She said her background as a heptathlete helped her immensely as she became a Titan for the Central Region on the show, which is hosted by Dwayne “The Rock” Johnson.

“I definitely took that mentality into the Titan Games, just knowing that I would have to compete two or three times a day for multiple days in a row,” McMillan said. “That’s exactly how the heptathlon is. You compete in four events Day 1 and three events Day 2.

“This time, it was more than two days in a row. I took that background of my training into the Titan Games and knew how to go home and recover and get ready for the next day and just keep grinding. It was a matter of staying hydrated, eating enough food, getting rest and even rolling out, stretching and ice baths — just like I was training.”

The individual challenges were designed to test each competitor’s strength, speed and endurance.

“Those obstacles were very challenging. When you see the effort on my face, that was true effort,” McMillan said. “They make it seem like it’s only a minute long, but it is longer than that.”

It wasn’t just the physical test.

“It challenged you mentally. I was really thankful being a heptathlete because my whole program was built around having power, explosiveness and then also having that endurance to run the 800,” McMillan said.

In last Monday’s debut, McMillan actually lost the first one-on-one challenge with her opponent. But since each head-to-head is a best-of-three, she prevailed for the right to take on The Rock’s “Titan.” She defeated professional boxer Claressa Shields, the current middleweight champion of the world and a two-time Olympic gold medalist.

By virtue of that win, McMillan became the new “Titan” for the Central Region. She later prevailed in her first Titan defense, going 3-0 on Monday’s series debut.

She is contractually obligated not to reveal how the rest of the season went. However, she did say she’s been told her next appearance on the Titan Games will be Monday night.

Last Monday was great exposure not just for Chantae, but her mother, Peggy, and her 18-month-old son, Otto, got some great air time, too.

McMillan’s telephone interview was arranged through NBC. She is currently staying with her mother in Rolla, Missouri. She grew up there before attending the University of Nebraska.

“My house is in Enterprise right now,” she explained. “My husband, Devon Langhorst, is in flight school at Fort Rucker. I came back to stay with my mom for a while.

“It was more to do with my own training. There’s not really child care right now in Alabama for us. My husband is very deep in schooling, then he goes right into flying, then he comes home and studies.

“And I knew that I have to be very selfish right now for my own training. I’m getting ready for the Olympics. I was a heptathlete, but now I’m solely focused on the javelin. I’m just doing what I have to do.”

She said she first approached about doing the show in November or December of last year — and it took her several days to realize it wasn’t a joke.

“I was like, ‘OK, I’ll give this a chance,’” McMillan said. “I went into it just wanting to challenge myself athletically in a different way. That’s what it was.”

There was a tryout in January in Los Angeles.

“They wanted to see if we were physically capable of getting through certain exercises and little obstacles,” she recalled. “They told us they’d call us in a few days.”

Her call back didn’t start well.

“The guy who called me played it off like I didn’t make it at first. Then all of a sudden he got excited and said that I made it,” she said.

She said her experience “was amazing from everybody I met.”

“From the producers that helped us throughout the day to every athlete I was hanging out with 24 hours a day on set and at the hotel,” McMillan said. “These people had great backgrounds that were motivating and still motivate me to this day.

“We have a group chat we talk in daily. There are 30-plus people on a screen chat. We’re always keeping up with each other’s lives and how we’re still trying to be better. I love everybody I met.”

That includes the show’s host.

“Meeting The Rock, I looked at his athletic career first. Knowing he played at the University of Miami is more inspiring to me than being an actor, I guess,” she said. “I look at him as an athlete and a hard worker. Just meeting him was more inspiration that goes into my fire.”