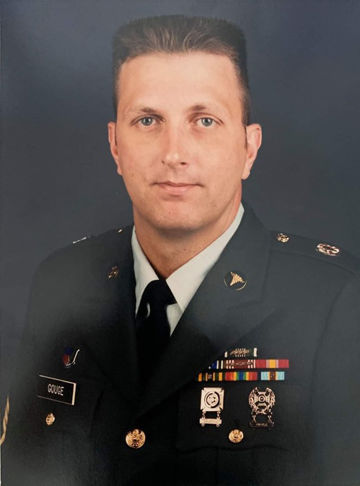 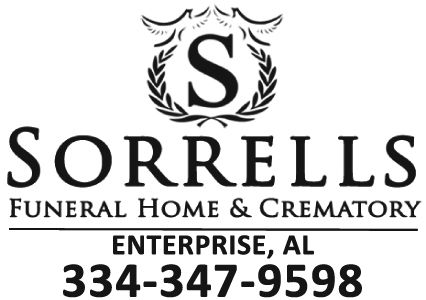 Robert Daniel Gouge, II (Bob Gouge) passed away on Saturday, April 18, 2020, at his home in Franklin, Tennessee. Bob passed at the age of 56, after an extensive fight with glioblastoma, an aggressive and fatal brain cancer. Bob and his family wish to extend a heartfelt thank you to everyone who aided and supported him with his heroic fight. Funeral services will be held privately on April 21, 2020. Burial, with military honors, will follow in Meadowlawn Cemetery with Sorrells Funeral Home directing. The graveside service will be posted online. Contact carygouge@gmail.com for a video link. Bob grew up in the Enterprise area and graduated from New Brockton High School. He was a member of the Gamecock's 1981 State Championship basketball team. Bob served five years with the Alabama National Guard before joining the regular Army, where he served on active duty twenty-one and one-half years. Bob retired as a Master Sergeant and had a very distinguished military career. He was a member of the elite Audie Murphy Club, a prestigious club of Non-Commissioned Officers. Only the top 2% of all Non-commissioned Officers can be considered for induction. Then, only a few make it through the rigorous set of evaluations to earn membership into the acclaimed club. Bob served his entire active duty career as a Radiology Specialist. While stationed at Fort Rucker, twice in his career, he would often work off-duty hours at various hospitals in the Wiregrass. Bob held an MBA with an emphasis on Management of Information Systems. He was a member of Sigma Beta Delta. He also held a Bachelor's degree in Health Sciences. After the completion of his military career, Bob continued in health services but focused on healthcare technology and easier access to healthcare by way of onsite medical services. Bob was Associate Vice President of Clinical Application and Delivery with Premise Health, the world's leading direct healthcare provider. Bob was born on May 15, 1963, at Fort Rucker, Alabama. He is survived by his wife of thirty-seven years, Debra Gouge, of Franklin, TN; his son, Robert Christopher Gouge, of Franklin, TN; his mother Faye Richardson (late Jim Richardson) of New Brockton, AL; his father, Robert Daniel Gouge (Anita), of Bristol, FL; his father-in-law, Richard Pye (late Cecile) of Enterprise, AL; his one sister, Sandy Griffin (Leslie) of New Brockton, AL; his two brothers, Cary Gouge of New Brockton, AL; and Damon Hughes (Amanda), of Enterprise, AL; and his three grandchildren, Connor Gouge, Cora Gouge, Ari Gouge, of Enterprise, AL; and many nieces and nephews. Bob was a loving husband, father, and son. He loved his God, family, country, and community. He was a respected leader and an example of excellence for many soldiers and co-workers. He led from the front; he fought the good fight; he finished the race; he kept the faith. Bob was loved by all, and will be greatly missed. Until we see you again, lead on.

To plant a tree in memory of Robert Gouge as a living tribute, please visit Tribute Store.
+1
Plant a tree
+1