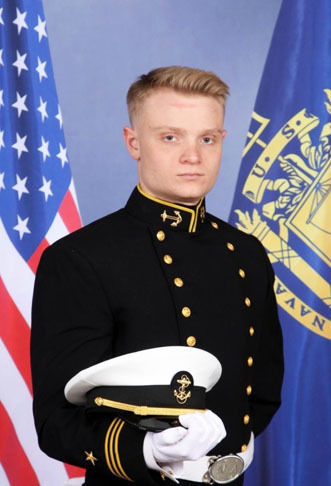 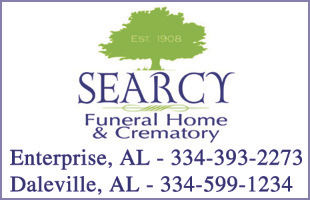 Joshua Kaleb Watson was born in Gadsden Alabama May 22, 1996. He died in Pensacola Florida December 6, 2019 at 23 years old. Joshua Kaleb grew up an outdoorsman. In 2014 he graduated high school as captain of the EHS Rifle Team and became accepted to the United States Naval Academy. During his time at the academy, Joshua Kaleb became the captain of that rifle team as well. In May of 2019, he received his commission as an Ensign in the United States Navy with a degree in Mechanical Engineering. He moved to NAS Pensacola in Nov. of 2019. He is survived by parents, Benjamin Watson Jr. and Sheila Wilemon Watson, grandparents Linda Wilemon, Benjamin Watson and Mary Watson, his brother, Adam and his wife, Jennifer, niece and nephew, Elena and Gunner, and his brother, Zack Watson. He is preceded in death by his grandfather, Steve Wilemon, who passed in October of last year. His Memorial will be conducted Saturday, December 21st in the Enterprise High School Performing Arts Center from 8:30 to 10:45 A.M. with the service by Chaplain Mike Smith at 11:00 A.M. He is to be buried at Alabama National Cemetery December 22nd at 2:00 P.M. (CST). In lieu of flowers anyone wanting to donate is encouraged to give to the Joshua Kaleb Charity Fund on Go Fund Me. https://www.gofundme.com/f/joshua-kaleb-charity-fund?utm_source=facebook&amp;utm_medium=social&amp;utm_campaign=p_cf+share-flow-1 You may sign the register book or send condolences to the family at our website: www.searcyfuneralhome.com