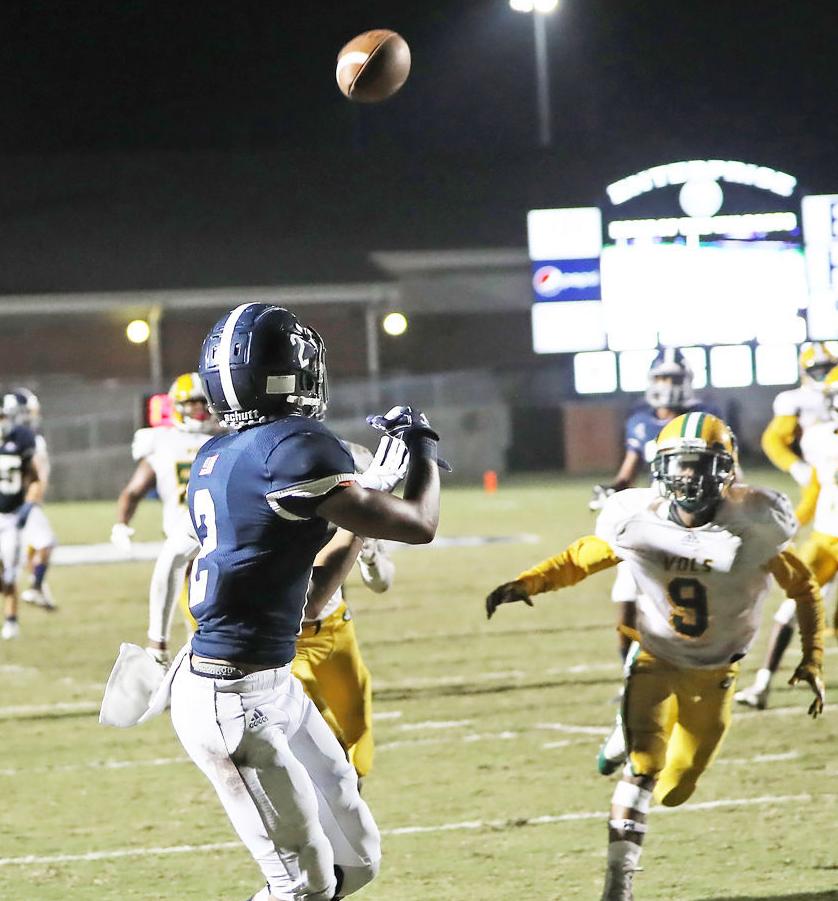 Enterprise's K.J. Couch slips behind the defense to catch this TD pass from Jackson Darlington in Friday's 22-14 win. 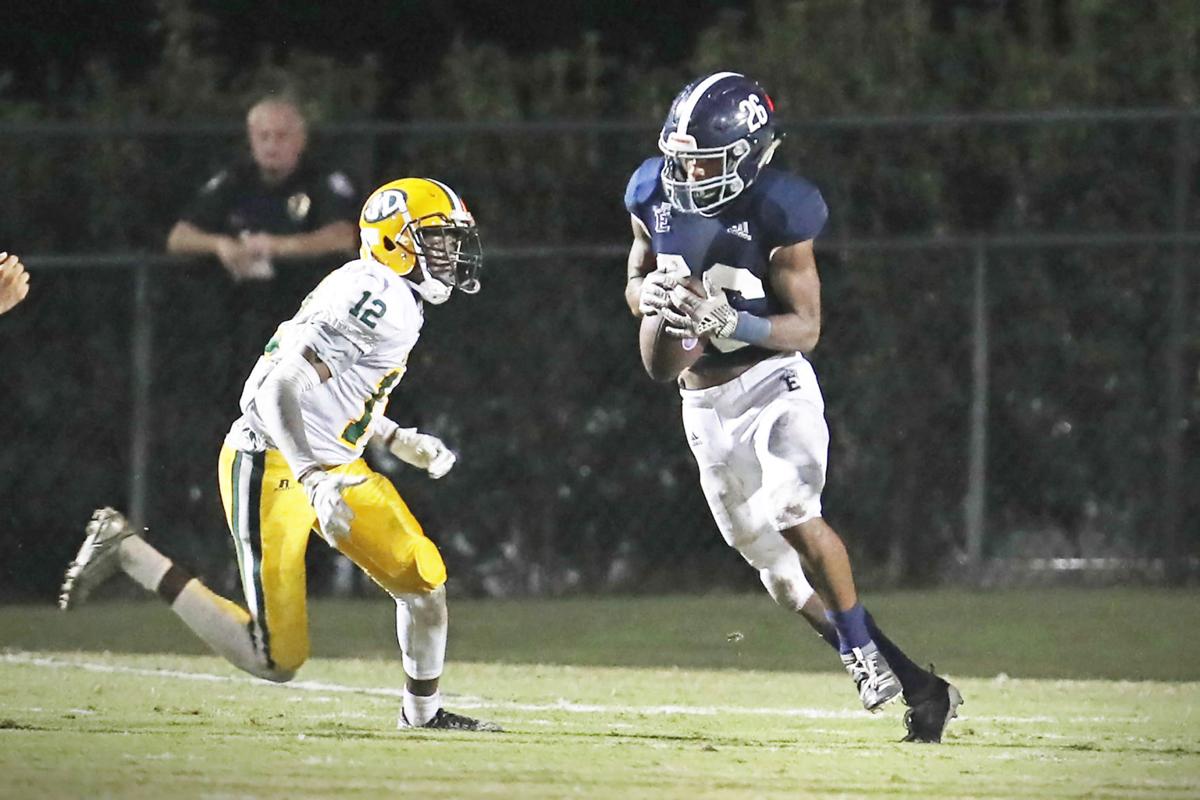 Romaine McFarland intercepts a pass in the red zone for the Wildcats. His pick was one of four total on the night for Enterprise's defense.

Enterprise's K.J. Couch slips behind the defense to catch this TD pass from Jackson Darlington in Friday's 22-14 win.

Romaine McFarland intercepts a pass in the red zone for the Wildcats. His pick was one of four total on the night for Enterprise's defense.

Enterprise handled Jeff Davis 22-14 at home Friday night and secured a spot in the Class 7A playoffs.

The Wildcats (4-5, 3-3) are playoff-bound for the first time since 2016 by way of a head-to-head tiebreaker with R.E. Lee for fourth place in the region behind Central, Auburn and Prattville.

Against Jeff Davis, Enterprise’s defense and a stout rushing attack told the story. The Wildcats got four picks — three in the second half — and rushed for 274 yards in the win. Josh McCray had two interceptions while Romaine McFarland and Jaylon Webster each snagged one.

McCray’s second pick ended a JD drive that had advanced all the way to Enterprise’s 2-yard line, Webster’s interception came at the 1-yard line and stopped a potential 39-yard passing touchdown, and McFarland’s pick stopped a JD drive in the red zone.

It was a sack by Robert Ellis, though, that sent a wave of cheers through Wildcat Stadium and guaranteed the victory. Late in the final quarter, with JD facing a fourth-and-13 from their own 45-yard line, Wildcat fans were on their feet and roaring as Ellis tracked down Volunteers quarterback Chase Ford and dragged him down for a 15-yard sack. The Wildcats were able to kneel it three straight times for the win.

Head coach Rick Darlington knew the Wildcats were capable of winning, and he said as much earlier in the day.

Enterprise appeared poised to strike first early in the opening quarter after Larry Magwood tipped a pass and McCray hauled it in for the first of his interceptions, but the Wildcats couldn’t capitalize on the opportunity.

After Hunter Perry pinned the Volunteers inside their own 10 on a punt, JD landed the first blow as Ford, in the face of heavy pressure from Enterprise, found receiver Tavares Womack behind the defense and Womack outran everybody for a 90-yard score.

The Wildcats clawed back, however, and Magwood — playing fullback in the “I formation” — rumbled his way to a 20-yard gain and followed it with a 2-yard walk-in touchdown. Perry added the PAT to notch the game at 7-7 with 6:09 left in the first half.

Enterprise struck again on an eight-play, 63-yard drive. Mykel Johnson went 13 yards on the first play, and then a steady dose on the ground from McCray and quarterback Jackson Darlington moved the ball to JD’s 22-yard line, where Magwood sliced his way through defenders for a score. A penalty on the PAT set up the Wildcats for a 1-yard Quentin Hayes run on the two-point conversion to move ahead 15-7.

Thirty seconds later, Ford hit receiver Reginald Summage near the sideline, and Summage juked a defender and raced to a 53-yard TD with just under a minute left in the half. The Volunteers elected to take the extra point rather than go for the tie, and the halftime score was 15-14 in favor of Enterprise.

The final score came on a 24-yard strike from Darlington to K.J. Couch in the corner of the end zone with 4:55 remaining in the third.

Darlington, who had just 2 passing yards at halftime, finished 7-of-9 for 81 yards and a TD. Couch was the leading receiver, hauling in two catches for 62 yards and a TD.

Magwood was dominant on the ground for Enterprise, especially in the first half. He had 81 yards and two scores on nine carries. McCray carried 17 times for 93 yards. Johnson had 50 yards on five carries, and Darlington added 47 yards on 11 carries. Darlington did have a turnover on a fumble in the final quarter.

Jeff Davis did have some success at times through the air as they finished with 311 yards. On the ground, however, JD had only 33 yards — including a 30-yard scramble from Ford late in the third quarter.

The Volunteers were held to 4 yards rushing in the first half.

Enterprise will travel to Theodore High School Nov. 1 for their final regular season game. Theodore has one loss on the season, 17-6 on Oct. 11 at McGill-Toolen.