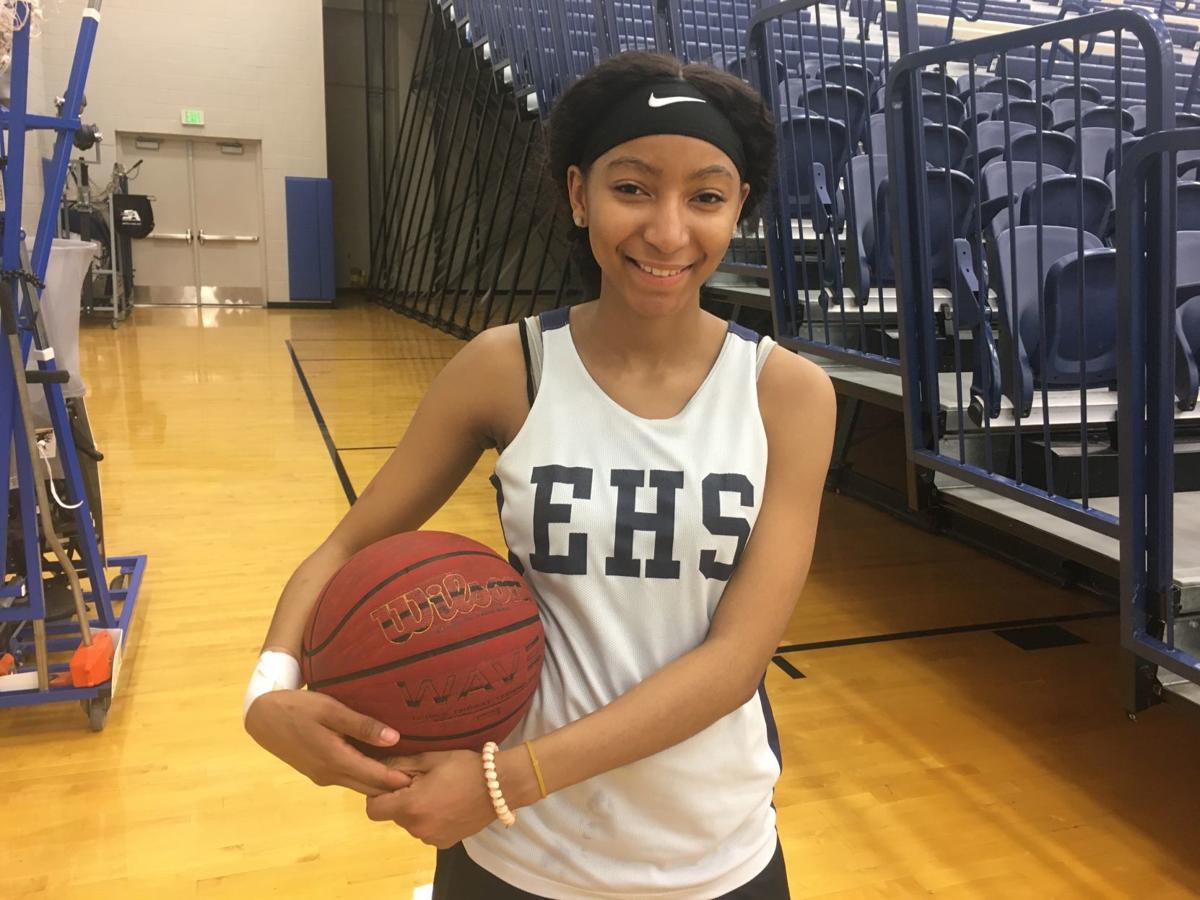 Alehzia "Lay Lay" McClain worked on her outside shooting all summer and it has paid dividends for the Enterprise senior. 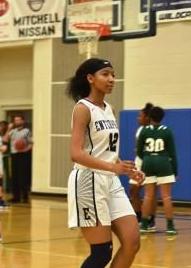 Lay Lay McClain scored 13 of Enterprise's 15 points in the first quarter, including three 3-pointers, in a victory Tuesday night over Jeff Davis. She finished with 23 points.

Alehzia "Lay Lay" McClain worked on her outside shooting all summer and it has paid dividends for the Enterprise senior.

Lay Lay McClain scored 13 of Enterprise's 15 points in the first quarter, including three 3-pointers, in a victory Tuesday night over Jeff Davis. She finished with 23 points.

Enterprise’s varsity girls basketball team is coming off perhaps its most complete game of the season, a 43-21 thrashing of Jeff Davis, as the Wildcats head to Prattville on Friday.

“I saw what I was expecting to see the whole season,” Enterprise head coach George Scott said Wednesday. “We took care of the ball, we played fabulous defense, and before the game I told them I needed everybody to contribute, that it needed to be a team effort on offense. We got that.”

He got that and more from senior guard Alehzia “Lay Lay” McClain, who was tremendous. McClain scored 13 of Enterprise’s 15 points in the first quarter — including three 3-pointers — as the Wildcats led 15-2 after the first period. McClain finished with 23 points.

“It was crazy. I don’t think I missed a shot the first quarter,” McClain said Wednesday of her fast start. “Usually I’ll be in my head a lot when I shoot. Last night, I don’t know, I just did it. … Usually, if I make the first one or two, I’ll keep shooting until I miss.”

“Just feed it to her,” Baker said with a smile. “Me and Lay Lay have played on varsity for two years together. I know how she works, so it’s easy for me to just feed her the ball.”

Scott said McClain has been the Wildcats’ most consistent scorer — which was a surprise because the senior had been a rebounder and role player in ninth, 10th and 11th grades.

“At the end of last season, she asked me could she start shooting 3s,” the coach said. “She started working on them this summer. Lay Lay wasn’t even a scorer until this year. She was our leading rebounder, she played hard, she got on the floor, she hustled, but she wasn’t a scorer.

“If somebody would have told me Lay Lay was going to do this this year, I might even bet against it because I didn’t see it. It’s amazing. I’ve never seen a player progress from one year to the next like this. Normally, you see some signs where you think, yes, she might be a scorer. But until this year she really didn’t shoot the ball. But now she’s a bona fide scorer. She put in the work and made it happen.”

McClain winced as she recalled those summer workouts.

“We had individual work. It’d be three of us with one coach. I was with the guards. I used to be with the post players,” McClain said. “It was new for me. I couldn’t make no shots at first, but kept working on it. Then I’d go home and I kept working at home and my shot just got better.”

Everything fell into place Tuesday night against Jeff Davis.

Just as encouraging was the Wildcats protected that big lead the entire game. Enterprise has lost a number of close games this season and struggled putting opponents away.

“I remember at halftime Coach Scott was like, ‘We’re not letting up. We don’t want them to score another point,’” McClain said. “He just got in our heads. My teammates were contributing — getting steals and layups. Everybody came together. A lot of people said we looked like a totally different team.”

“At the beginning of the year, we were averaging 25 or 30 turnovers every game,” the coach said. “And the thing about turning the ball over, now you have a fast break opportunity for the other team and you can’t defend it. We had a lot of possessions we didn’t even try to score because we’d turn it over before we could get into the offense.”

The return of junior point guard Baker, who missed the start of the season with a broken right hand, helped immediately.

“When Harmony came back, she stepped up to the plate,” McClain said. “It helped our younger point guards, too. They know what to do now.”

“We had some young points guards who didn’t play varsity last year,” Baker said. “It was hard for them to understand and play with us at the beginning. Early in the season we weren’t boxing out, we weren’t doing the small stuff.

“I have really good court vision so it’s easier for me to see everybody on the court. Improvement-wise, on the court, we’ve gotten better at shooting. We’re really in shape.”

And the turnovers are way down. As Scott put it, “Possessions matter.”

“Now we’ve been in every game. We’ve lost some games, but we’ve been right there with a chance to win,” Scott said of the recent improvement. “I think we took a very big step against Jeff Davis to let people know we have improved and we’re not the team we were in late November, early December.”