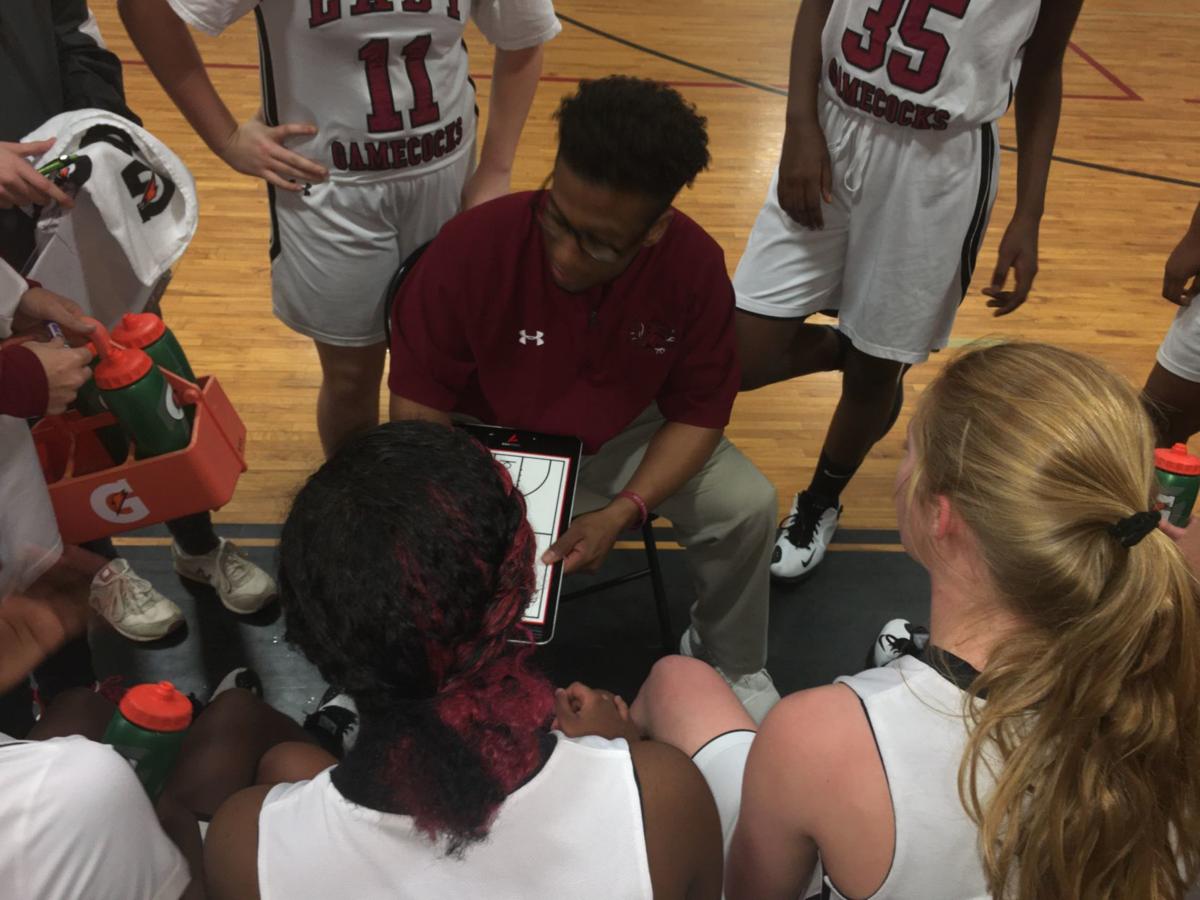 New Brockton girls basketball coach Josh Moguel goes through a play during a timeout in a recent home game against Rehobeth. The Gamecocks have just one player, senior Paula McKenna, who had played in a varsity game before this season. 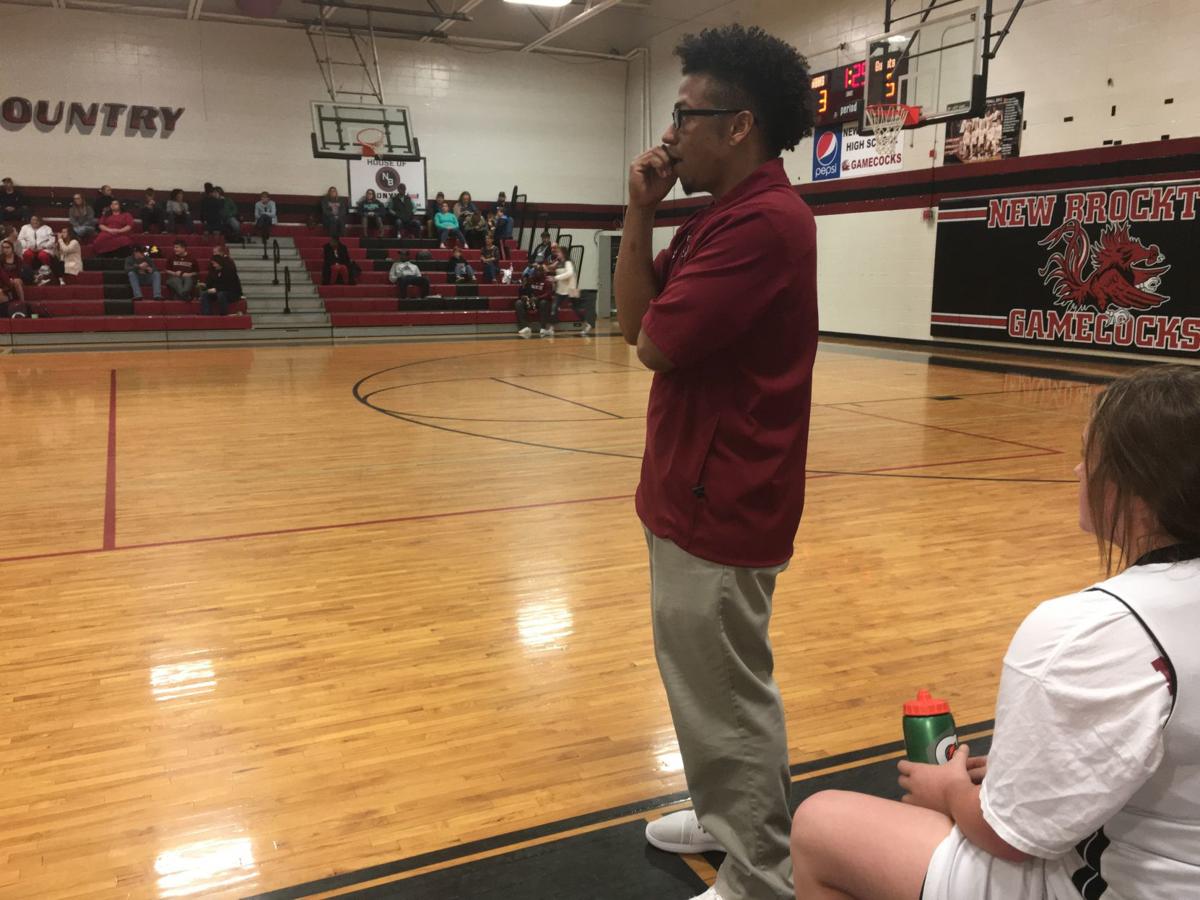 New Brockton girls basketball coach Josh Moguel goes through a play during a timeout in a recent home game against Rehobeth. The Gamecocks have just one player, senior Paula McKenna, who had played in a varsity game before this season.

Coach Josh Moguel knew he had to rebuild the girls basketball program at New Brockton.

He knew it would take time and patience. He didn’t know the injury bug would bite so hard.

“I got the job in the middle of the summer,” Moguel said. “I had some players who played in junior high last year. We didn’t really get to do the summer workouts thing like I wanted to.”

He coached the junior high team, then picked the varsity. He started with one returning senior — Paula McKenna — who has played for the varsity since her eighth grade year.

A second senior, Lacey Sprinkle, is a co-captain along with McKenna.

“Paula’s the only player here who had ever played in a varsity game,” Moguel said.

It’s been a fascinating and terrifying ride at the same time.

“It’s been kind of rough. It’s a complete rebuild of the program. We’re just trying to take it day by day. I just want the girls to enjoy basketball — but that’s kind of hard when you’re losing every game.”

There is a challenge with a young, inexperienced team of not letting the scoreboard define a team. A loss doesn’t equal failure.

“That’s been tough, especially at first,” the coach said. “Now, we’ve backed off that. Our main focus going into the second half is just to get better offensively. That is our biggest thing right now. They don’t understand how the offense should be run yet — but they’re learning. It’s getting better every week.”

In fact, Moguel talked about seeing progress in the final two weeks before the Christmas break. Remember, an eighth grader is running the offense.

“They’re taking things from practice and I’m seeing it used in the game,” he said. “I didn’t see that the first part of the season. We can tell it’s going to be better in the second half.

“Really, the past two weeks I’ve seen a little culture change. They’re starting to enjoy it. There was a lot of frustration early on — and I don’t blame them. I think everybody’s starting to relax now and just enjoy their time out there.”

If only the injuries would stop mounting.

“I originally had a sophomore and an eighth grader starting the first game. Both of them had season-ending injuries,” Moguel said. “Ellie Bradshaw, a sophomore, you could tell, was going to be a key part of this team. She tears her ACL in the second game. The eighth grader hurt her ankle pretty bad in the third game and is out for the year.”

One of his reserves has only played in one game because of a knee injury. Then McKenna hurt her ankle recently and is expected to miss two to three weeks.

He credits McKenna’s leadership in bringing the younger players along.

“This is her senior year, but she’s taking it really well,” the coach said. “She and Lacey are the captains, but Paula’s been kind of leading the way.”

With so many young players, Moguel can see a time in the future when the Gamecocks get past these growing pains and their progress shows on the scoreboard.

“My administration has been great through this whole process,” he said. “They’ve had my back the whole time.”