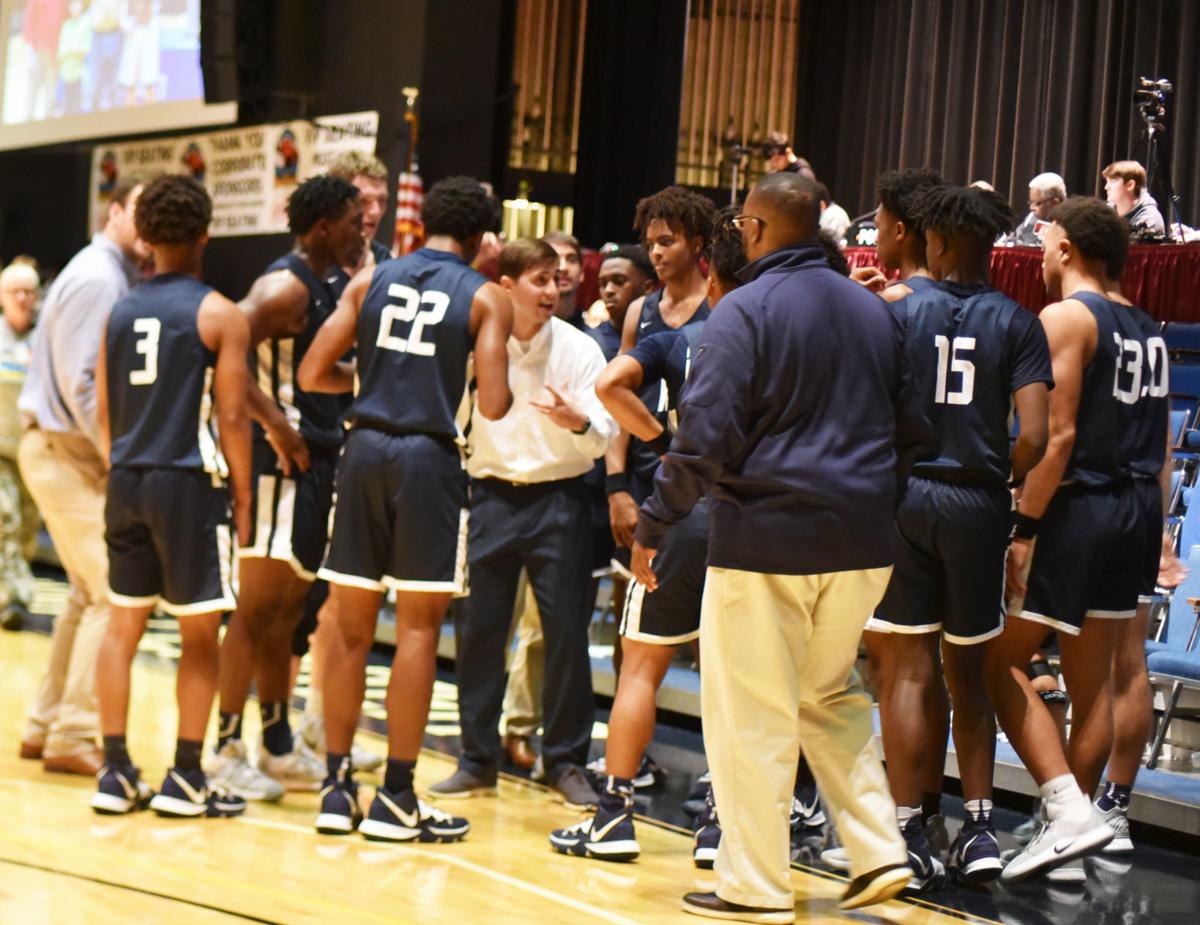 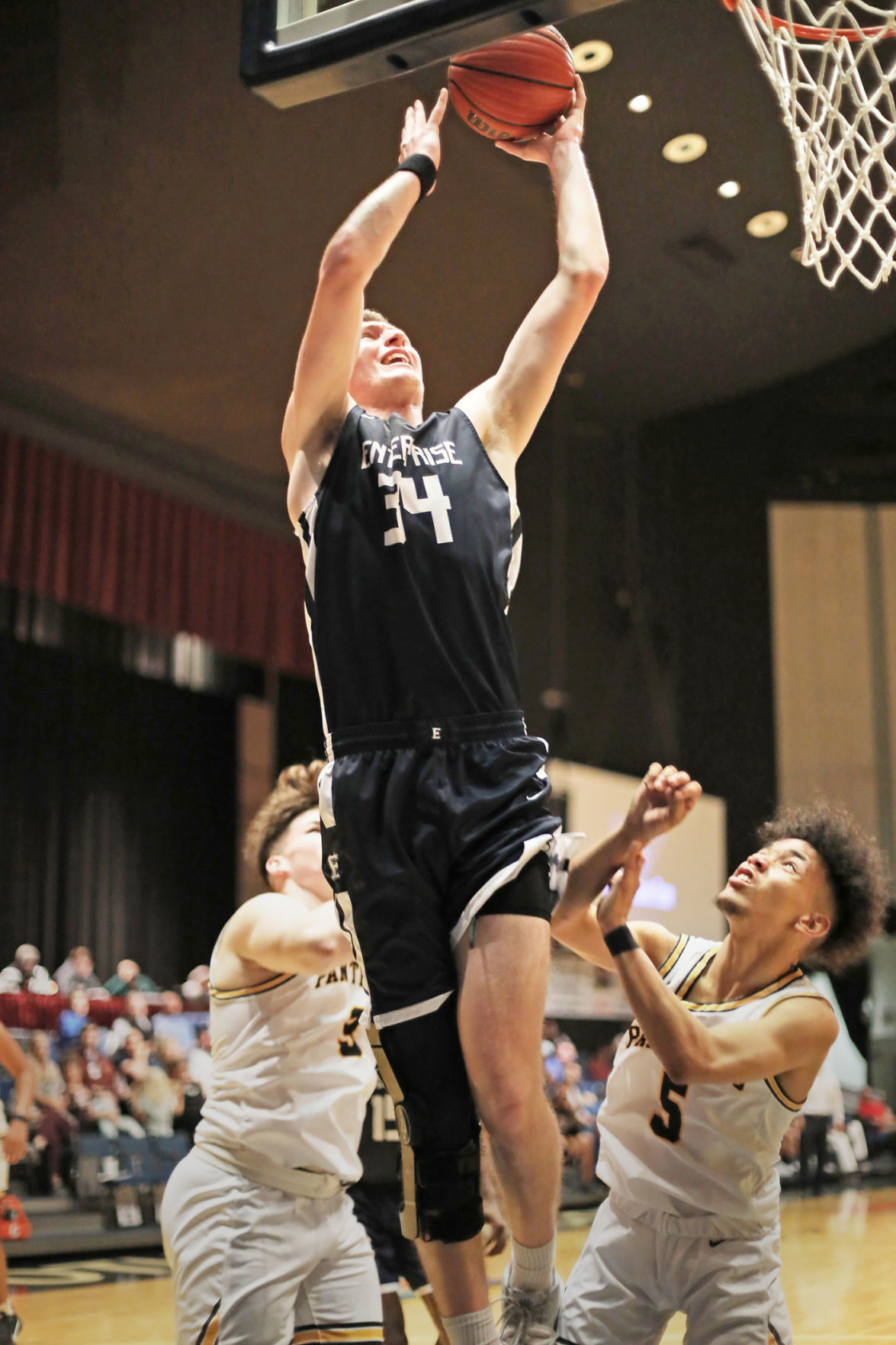 Enterprise basketball player Dallas Howell, back from knee surgery, made his 2019-20 season debut in the Downtown Dothan Hoops Classic. The Wildcats finished second in the 16-team tournament. 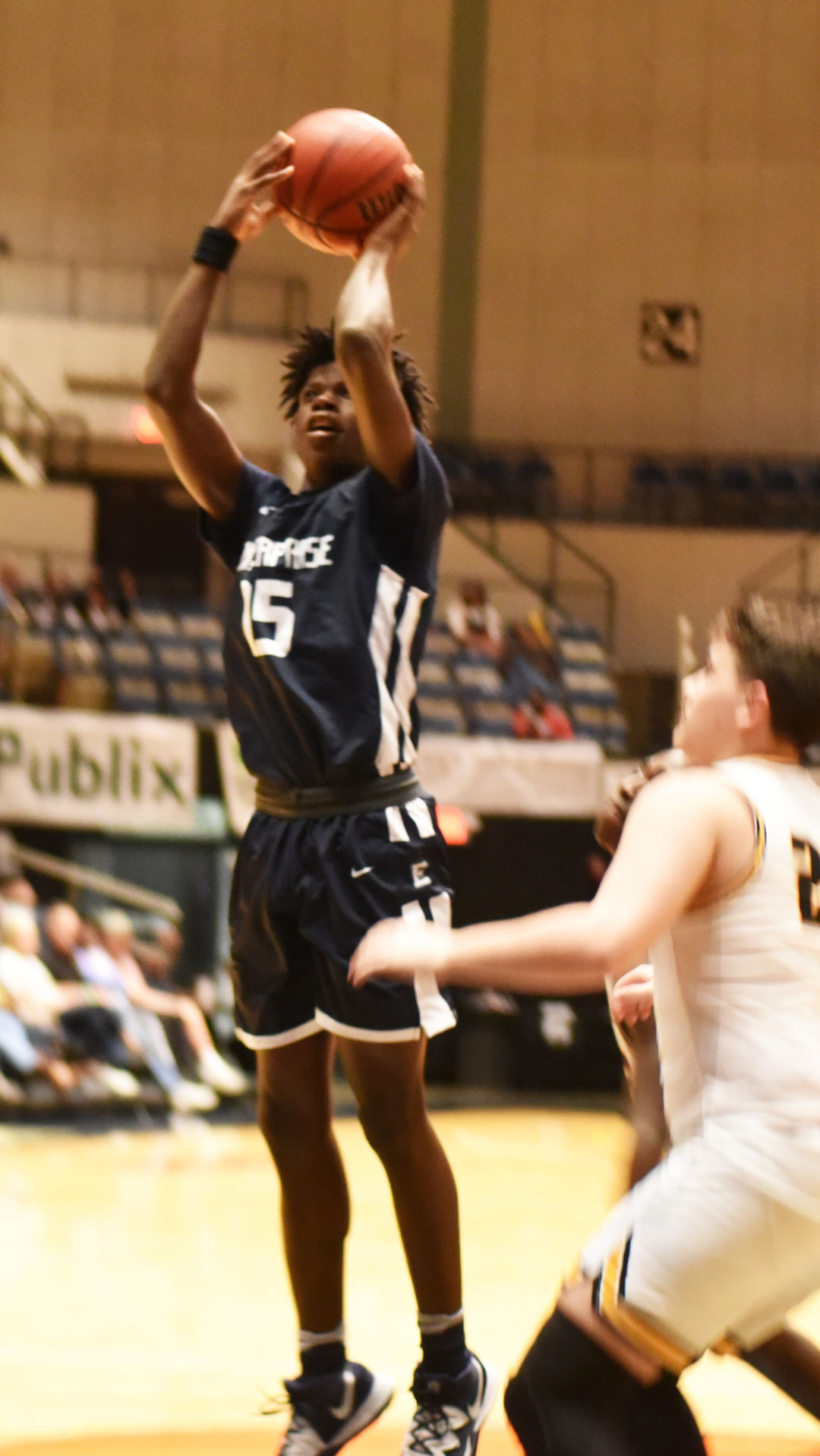 Enterprise guard Simonique Harper continues to be a key contributor for the Wildcats off the bench.

Enterprise basketball player Dallas Howell, back from knee surgery, made his 2019-20 season debut in the Downtown Dothan Hoops Classic. The Wildcats finished second in the 16-team tournament.

Enterprise guard Simonique Harper continues to be a key contributor for the Wildcats off the bench.

There were many more positives that came out of the Downtown Dothan Hoops Classic for Enterprise’s basketball team than the Wildcats’ 59-34 loss to Eufaula in the championship game Tuesday night.

Enterprise went 3-1 at the Dothan Civic Center with four games in five nights and improved to 11-7 on the season.

To celebrate that momentum, the Wildcats are back in action Friday night in Ozark against Carroll.

“Great scheduling by me, right?” Enterprise coach Rhett Harrelson mockingly asked after his team had a workout Thursday morning. “Four games in five days, that was a lot for us, especially with guys that were just getting back healthy and starting to play again.”

But wasn’t it good to see 6-foot-6 senior Dallas Howell back on the court? Howell played in all four games — wins over Headland, Geneva and Barbour County before the title game loss to Eufaula.

Howell played particularly well in the second-round and semifinal victories. He had 16 points and seven rebounds, both team highs, in just 12:18 of playing time against Geneva. And he had 22 points and seven boards — again, team highs or tied for team highs — in 22:11 against Barbour County.

“It’s really nice to have Dallas Howell back,” Harrelson said. “I think everybody is more confident when he’s on the floor. We’re a totally different team when he’s on the court. As he continues to get in better shape we’re only going to continue to get better and, hopefully, kind of hit our stride at the end of January.”

There were other solid takeaways from the event, the coach said.

“I thought we played really well defensively for most of the tournament — in terms of playing hard and being active, causing turnovers, getting deflections and that kind of deal,” he said.

“Our two small guards, Demarion Holt and Jalen Cunningham, I found out they’ve got some toughness about them. They’re not going to back down from anything and they come to play. They showed me some toughness.”

While Howell and Holt, who scored 20 points against Barbour County, captured everyone’s attention, Harrelson liked contributions the Wildcats got from other players.

Josh McCray didn’t score a lot in the tournament, but Harrelson liked what he saw from the powerful 6-1 senior guard.

“After watching the film he really battled down low and was banging against bigger guys,” the coach said. “Some of the stuff that doesn’t really show up in the stats he was really good with.

“I thought Jared Smith — he got the Sixth Man Award — he did a lot of good things for us and gave us a spark in a couple games with some offense. He also came down with some big rebounds.”

The Wildcats got solid contributions from starter Quentin Hayes and quality stretches off the bench from Simonique Harper and Dominic York.

“We’re kind of developing a core group — seven-, eight-guy rotation,” Harrelson said. “To begin the year, we were looking for some of these guys to step up and take on some roles. That’s what I like to see going into January, going into area play — guys stepping up and finding roles and finding ways to contribute.”

The coach said he liked his team’s effort in the tournament — and has liked its effort for most of the season.

“But the thing about it is this time of year, everybody’s going to be playing hard,” he noted. “It comes down to being able to execute.”

The Wildcats can still improve and need to improve in the execution area, Harrelson said. Not just physically playing the game, but being able to take practice and preparation into the game.

“We weren’t very good offensively or defensively as far as executing our game plan and scouting reports,” he said. “That’s something that we’re definitely going to need to improve on going forward.

“It’s going to be more about executing because everybody is going to be giving great effort. If we clean up our execution I think we’ll be all right.”

Enterprise trailed Eufaula in the championship game in Dothan just 27-21 at halftime.

“I think we did run out of gas a little bit, but I don’t want to make excuses like it was only us,” Harrelson said. “Credit Eufaula. A lot of that was because of them. They wore us down physically and a little bit mentally, where we weren’t able to execute and get to our spots and cut hard offensively.

“I credit them. Those guys are relentless in their pressure and attacking the glass defensively. They really make you work.”

Carroll, Friday’s opponent, can relate to Eufaula’s pressure. The Tigers beat Carroll in the semifinals, scoring the game’s first 12 points and sending the Eagles to the consolation game. But credit Carroll for bouncing back and winning the third-place game over Barbour County. Harrelson watched the first half of that game.

“They played hard. They came out ready to play,” he said of Carroll. “Coach (Raymond) White is going to have his guys ready to play. We know that. We know last time they came here and we won right at the end of the game. They’re going to have that in the back of their minds.”

The Eagles are a tough matchup for anyone, Harrelson said.

“They get a lot of deflections, a lot of blocked shots,” he noted. “They’ve got 6, 5, 6-5 and 6-2 back there. That’s a lot of length. They really frustrated us the last time we played them with their length in those zones.”