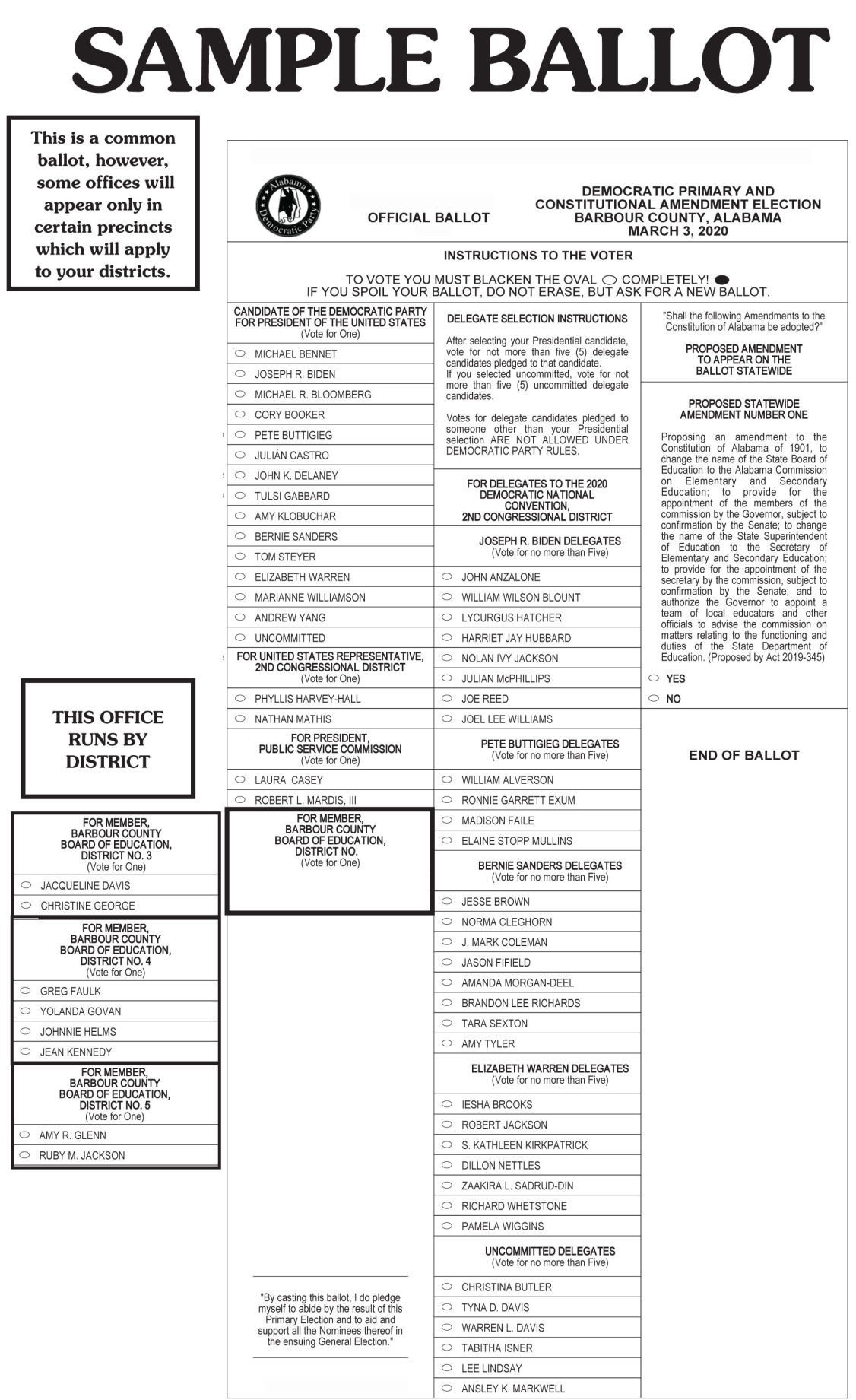 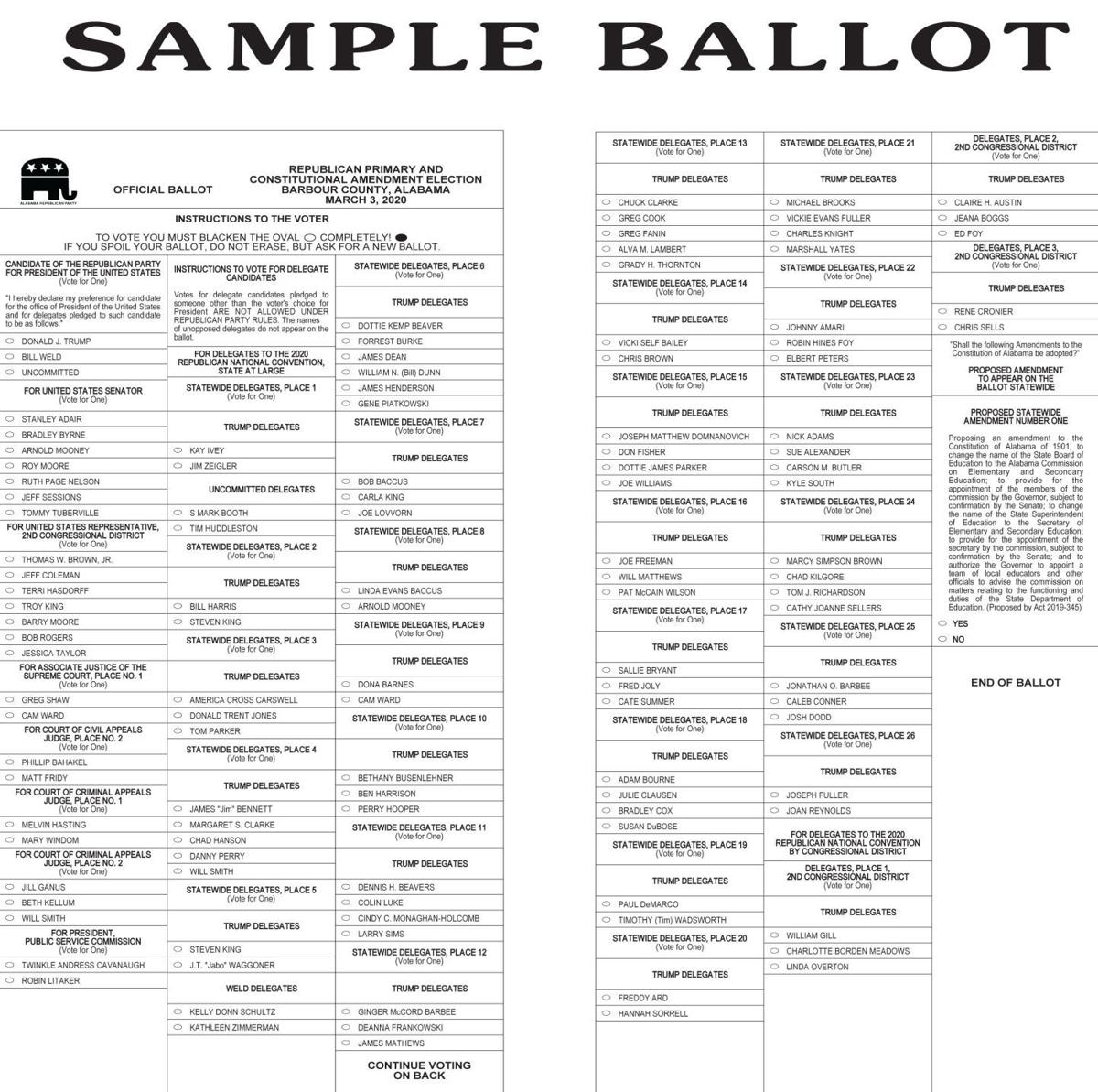 Registered Barbour County voters will join other voters across the state on March 3 to vote in the statewide Primary Election, casting their choice for multiple offices.

Democratic voters will be able to vote for their choice of President of the United States, and delegates; the U.S. Representative for the Second Congressional District; President of the Public Service Commission; and in the county, Board of Education members for District Numbers 3, 4, and 5.

Shorter stated, “If someone does not want to select a party on March 3, they can vote only for the Constitutional Amendment, and pick a non-partisan, constitutional amendment only ballot.”

All voters will get to cast their yes or no vote to Proposed Statewide Amendment Number 1 which is proposing an amendment to the state’s constitution to change the name of the State Board of Education to the Alabama Commission on Elementary and Secondary Education to provide for the appointment of the members of the commission by the Governor, subject to the confirmation by the Senate. The amendment would also change the name of the State Superintendent of Education to the Secretary of Elementary and Secondary Education, with appointment of the secretary by the commission, subject to confirmation by the Senate. It would also allow the Governor to appoint a team of local educators and other officials to advise the commission on matters relating to the functioning and duties of the state Department of Education.

With the deadline already passed to run on the Democrat or Republican tickets, those who want to qualify as an independent candidate, which entails a process that takes gathering names on a petition to support that, the last day to qualify is the day of the primary, March 3.

As voters go to the polls, there is a law they need to remember. Pursuant to Act 2017-340, crossover voting is now prohibited by law (not just by party rules). This was in place for the 2018 cycle of elections according to Shorter.

With many applying for absentee ballots, here are some things to remember: Under Act 2019-507, photo identification must be provided with each application, not with the ballot as done in elections past, unless the voter is exempt from providing ID. Failure to provide the Photo ID at the time of application will result in the ballot not being issued to a voter. Except that voters whose applications are received with no ID on the 8th day prior to the election or later, will be issued a provisional ballot.

Shorter noted that the reasons for requesting an absentee have expanded slightly — in addition to being out of the county, having a physical illness or infirmity preventing voting at the polls, working a shift at least 10 hours that coincides with voting hours, being enrolled as a student out of county, being a member of military or their spouse or dependent, or being a poll watcher or poll worker at a place other than their designated precinct, the law now includes: a person who is caregiver for a family member to the second degree of kinship by affinity or consanguinity and the family member is confined to his or her home; and a person who is incarcerated in prison or jail and has not been convicted of a felony involving moral turpitude, as provided in Section 17-3-30.1.