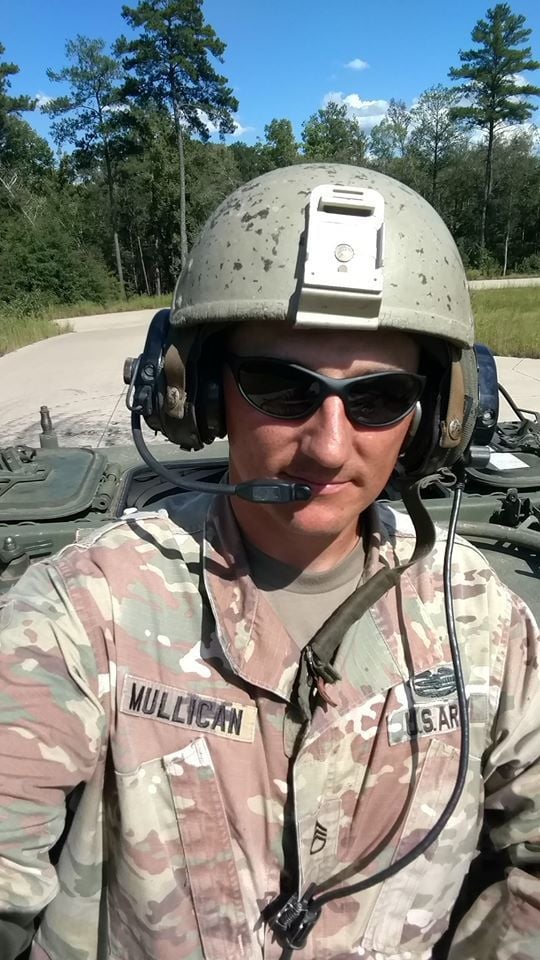 Mullican was deployed five times to the Middle East, four with the Army and once with the Navy. 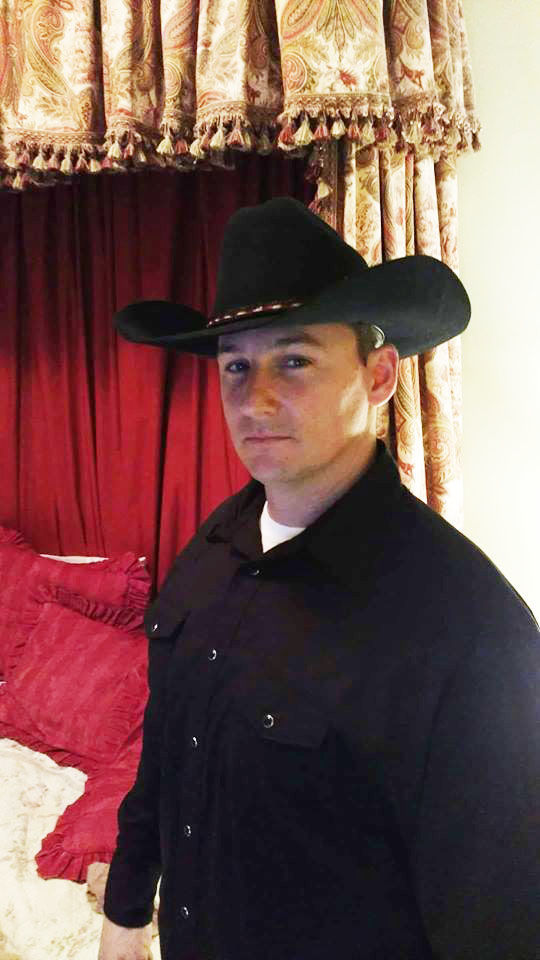 All Tara Bennett remembers of Chad Mullican as he was tending to her at the scene of the wreck was the black cowboy hat he wore. 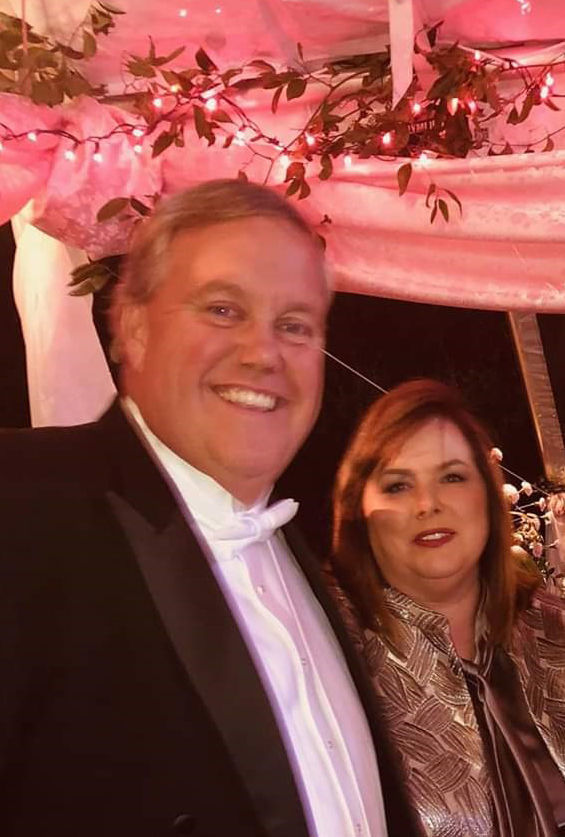 Robert and Tara Bennett at the Camellia Ball in Mobile.

Mullican was deployed five times to the Middle East, four with the Army and once with the Navy.

All Tara Bennett remembers of Chad Mullican as he was tending to her at the scene of the wreck was the black cowboy hat he wore.

Robert and Tara Bennett at the Camellia Ball in Mobile.

Bennetts forever thankful Mullican was there for Tara

Chad and Chrystal Mullican were attending a funeral in Eufaula of a Cusseta, Georgia neighbor’s mother, one that had been delayed an extra day or two so that relatives of the deceased could make arrangements to get to southeast Alabama.

It was World Smile Day, Oct. 4, 2019. The fact that the Mullicans were even on Georgia Highway 27 that day meant someone was smiling down on Tara Bennett.

Bennett was making her return trip to Eufaula from Americus, Georgia, where she traveled the 67-mile, hour and 20-minute drive each way, five days a week to work with the Georgia Southwestern University foundation.

She was extremely familiar with the route. The final long straight stretch of Highway 27 turned into a long curve as it entered Quitman County, about nine miles north of Georgetown. She didn’t have long to go.

Tara’s mother, Carolyn Parham, was in town from Daphne. She and Tara’s husband, Robert, and his mother, Marilyn Bennett, of Louisville, would be waiting on her arrival. They would eat, then head to The Lakeside School and watch Harris, Robert and Tara’s oldest son, play for the Chiefs in their Friday night football game against Crenshaw Academy.

Tara was listening, as best she could recall, to a historical novel on books on tape. She doesn’t remember what exactly happened, but her Lexus SUV veered off the road. Some officials later estimated Bennett’s vehicle hit a culvert on an adjoining road, flipping four times. On one flip, it is believed the vehicle traveled some 60 feet.

Once the car stopped a few feet off the road, Tara analyzed her situation. She was “dangling” from her seatbelt, and she had to clear away some dirt just to see her positioning in the car.

The driver’s side door had opened during the flipping and was wrapped around the quarter panel and part of the windshield.

Services that had been delayed were held that day at Chapman Funeral Home for Jean Marie Long. Her burial was in Georgetown. After going to those two sites, the Mullicans headed home.

A family of three — father, son and grandson — from Gainesville, Florida, were passing through as they scouted their hunting sites. They saw Tara’s vehicle in their rearview mirror crash and quickly turned around. One of the men pulled Tara from the vehicle.

Chad immediately took control. Currently serving as an instructor and Cavalry Scout at Fort Benning, he has been deployed five times to the Middle East. While not an EMT, he is trained to treat the wounded on battle fields. “I learned that through basics,” he said. “You have to re-certify every year. That’s something the Army is really big on. I never thought I’d do something like that as a civilian.

“I just wanted to see if (Tara) was OK. It looked like the guy had just pulled her out. He had a towel or something, but I looked at her feet in a pool of blood and said, ‘OoooooKay.’ I took off my belt for a tourniquet. She was bleeding pretty bad. I said, ‘We need a tourniquet NOW! I cut off a seat belt and used it too. I said we needed one more so someone cut off another seat belt. I grabbed a hairbrush of hers and tied a knot with it. There was all kind of stuff that had flown around during the rollover. I look back and see now that people just didn’t know what to do.”

Chrystal decided to distract Tara by carrying on a conversation. The talk turned to football and Tara was more than happy to talk about her beloved Alabama Crimson Tide.

“My wife kept talking to (Tara) and saying ‘Roll Tide’ and stuff about the Alabama football team,” Chad said. “My wife likes Oklahoma and Alabama, just the way they play.”

The conversation even turned to former Alabama quarterback Jalen Hurts, who was playing his senior season at Oklahoma.

“We were talking about Jalen,” Tara recalled. “I said how I was very proud for him and glad that he found a place in Oklahoma.”

Some 15 minutes after Mullican began applying pressure to Bennett’s wounds a deputy arrived. It took another 20 minutes or so for an ambulance to arrive.

“It was kind of out in the middle of nowhere,” Chad said.

Knowing Tara had lost a lot of blood, one report was as much as 2 ½ pints, Chad told the paramedics that began asking questions that she needed to be helped immediately and that the questions could wait.

Someone said, ‘We need a stretcher.’ “I thought, no kidding,” said Chad. “They were really annoying me. There was no urgency whatsoever. They were just gonna sit there and talk to her.”

Among his deployments, Chad has served in Iraq and has seen his share of traumatic injuries. This qualified as trauma. “You just do it,” he said.

Soon after returning home, Chrystal Mullican posted on Facebook how proud she was of her husband.

“Y’all, I saw him (Chad) in action,” she wrote. “He saved a woman’s life tonight on the side of the road. There was a bad accident and the lady was hurt real bad. Chad stopped the bleeding and probably saved her life tonight. He was masterful. It was one helluva day... super proud of him. I’d hate to think what would happen if we just kept driving. Whatever the outcome, she has a long road to recovery ahead of her. I thank God Chad was there for her.”

“I don’t know if I ever saw Chad‘s face,” Tara said. “I know he had a black cowboy hat. I could see damage to my lower extremity. I remember him tightening down my leg. I remember how much it hurt. He told Robert that was a good sign because it probably my spine wasn’t damaged.”

Shortly after 5 p.m., Robert was busy chopping barbecue for the planned early dinner before the Lakeside football game.

“I’d say it was 5:15-ish and my mother answered the phone,” Robert said. “By the look on her face, I knew it was not good. It was a gentleman calling. The tone of his voice floored me. He was telling me the condition Tera was in. I thought he was going to tell me she had died. He said she was conscious and I think I said something like ‘Conscious is good.’”

Robert got in touch with Lakeside Headmaster Dr. John Mehaffey, who went into the locker room to inform Harris his grandmother would be taking him to the hospital. The Chiefs’ team said a prayer for Tara Bennett. Rhoades, the youngest of the Bennetts’ boys, would be playing in a junior varsity game on Tuesday, so Tara’s mother had planned to watch his game, too.

Robert hopped in the shower and hurried over to Medical Center Barbour, where his wife was initially transported. Tara was there about two hours before she was whisked away via helicopter to Southeast Health in Dothan. There, she would undergo about five hours of surgery, mostly to clean her wound. Orthopedic surgeon Dr. Timothy Haley told Robert Tara had trauma to the “nth degree” and recommended she be transferred to either UAB in Birmingham or South Alabama Medical Center in Mobile. Being from Mobile, Tara said there would be more family there.

By Tuesday, Tara was taken to Mobile.

The Bennetts said they kept being referred to a Dr. Jeff Brewer at South Alabama Medical. He is an orthopedic traumatologist.

As of today, Tara has undergone 19 surgeries and is looking at likely a year to get back on her feet.

“I miss the interaction with my family and being with the foundation team every day,” Tara said. “It’s very different because I was working with students and faculty. I miss catering and working with people. I think they’ve missed me, too. Once I get where I can sustain myself, like in a wheelchair, I may get back at it. The boys have been through a lot. They miss their mom.”

Chad Mullican, 38, had trouble connecting with the Bennetts via Facebook, but eventually found Robert’s sister, DeAnna Goellener, online. She advised Robert and the two have since shared information. As soon as possible, the two plan to meet.

“I called (Chad) and told him that we were so thankful for him,” Robert said. “You could tell right away what a humble guy he was. I said, ‘Chad, I’ve got to tell you that you’re somewhat of a legend in Eufaula in everybody’s mind because you saved their Tara.’”

The Mullicans call Texas home since they lived there for 11 years. Upon his retirement from the Army in the next few years, Chad and his wife and kids plan to return to the Lone Star State. His has worked at Fort Benning for the last three years. Chrystal is a cook for Chattahoochee County schools in Cusseta.

“On that day, God was not ready to take me,” Tara Bennett said. “It was not time for me to go home, or Robert to lose his wife, or the boys to lose their mother, or my parents to lose their daughter, or my friends to lose their friend. He has given me the opportunity to live again.

Psalm 91:11: “For he will command his angels concerning you to guard you in all your ways.”