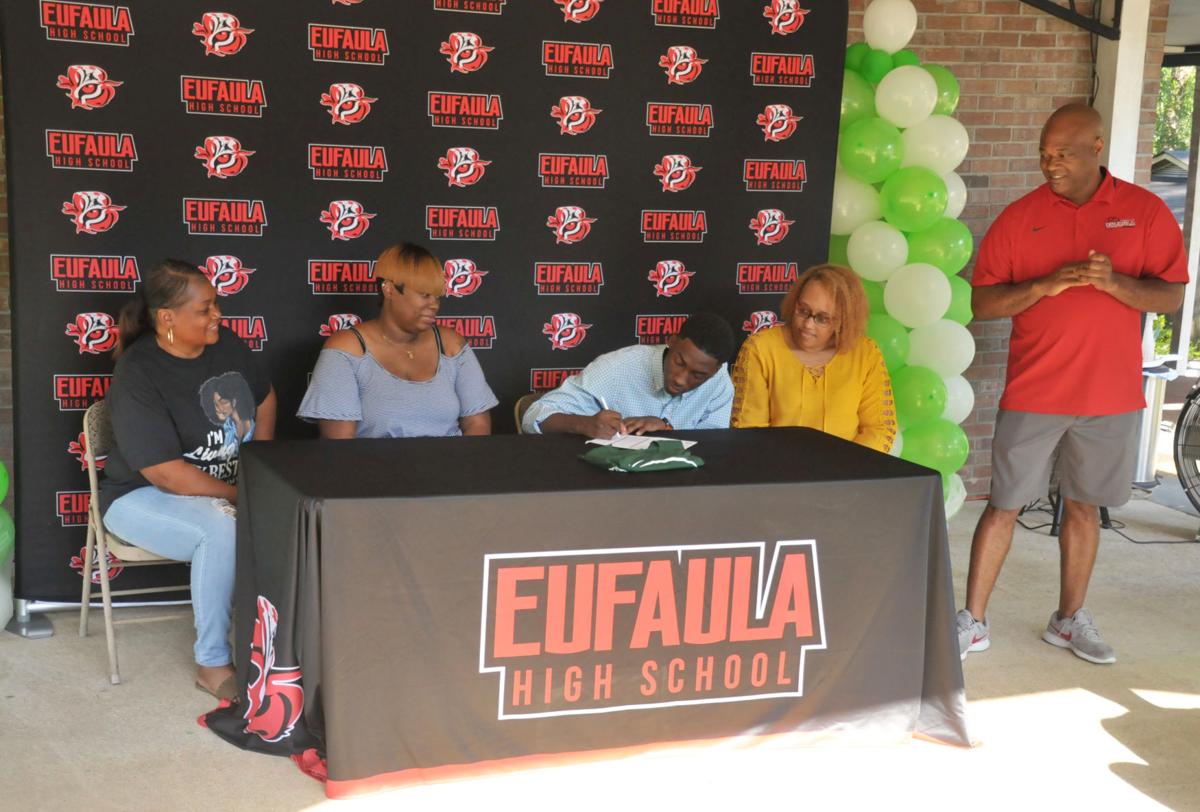 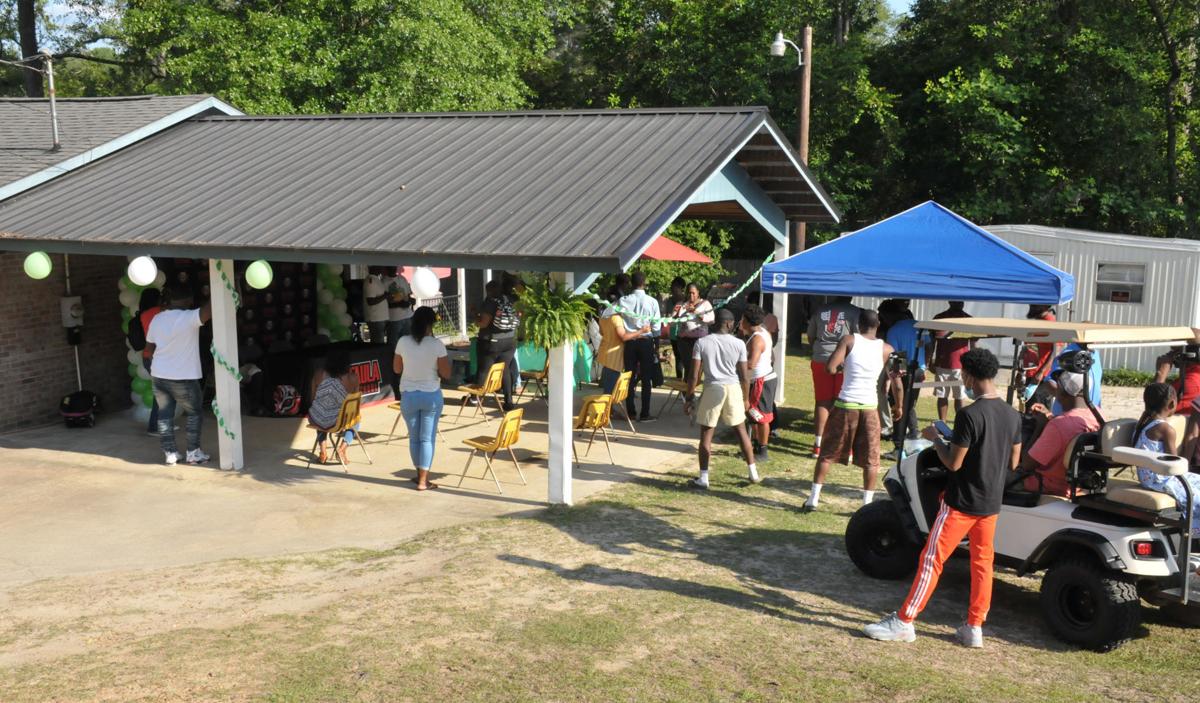 With school closed due to the COVID-19 pandemic, Blackshire signed under the friendly confines of his great aunt’s carport. Blackshire will become a Boll Weevil, signing a letter of intent to play basketball next season at Enterprise State Community College.

Several friends, family members and Eufaula High School coaches attended the event, some even pulling up on golf carts to watch.

A 6-foot, 2-inch guard, Blackshire was a state sheet stuffer as a senior for Michael Smith’s Class 6A Final Four Tigers. He averaged 15.4 points, 7.3 rebounds, 6.3 steals and 5.2 assists. Blackshire was known for going all-out at both ends of the court. His coach thinks that will play right up his alley in junior college.

“Trez has the ability to get to the room and create fouls,” Smith said. “Those games at the next level are going to be fast already and the shot clock should speed things up for him. The shot clock and his ability to create with the basketball are his greatest assets.”

ESCC is coached by Jeremaine Williams.

“(ESCC is) looking at him at the one spot (point guard),” Smith said. “Coach Williams said Trez has tremendous upside with his ability. He started for me three years. He was it point as a sophomore when we lost in the (Class 5A) finals.”

Eufaula lost in the Class 6A Final Four earlier this year.

“It was a great reward to coach Trez the last three years,” Smith said. “He was one of our leaders and did a lot of things for us off the court.”

Blackshire said he will not be going to an entirely new setting as he was travel ball teammates with ESCC players James Pouncey of Dothan and Calen Murray of Headland.