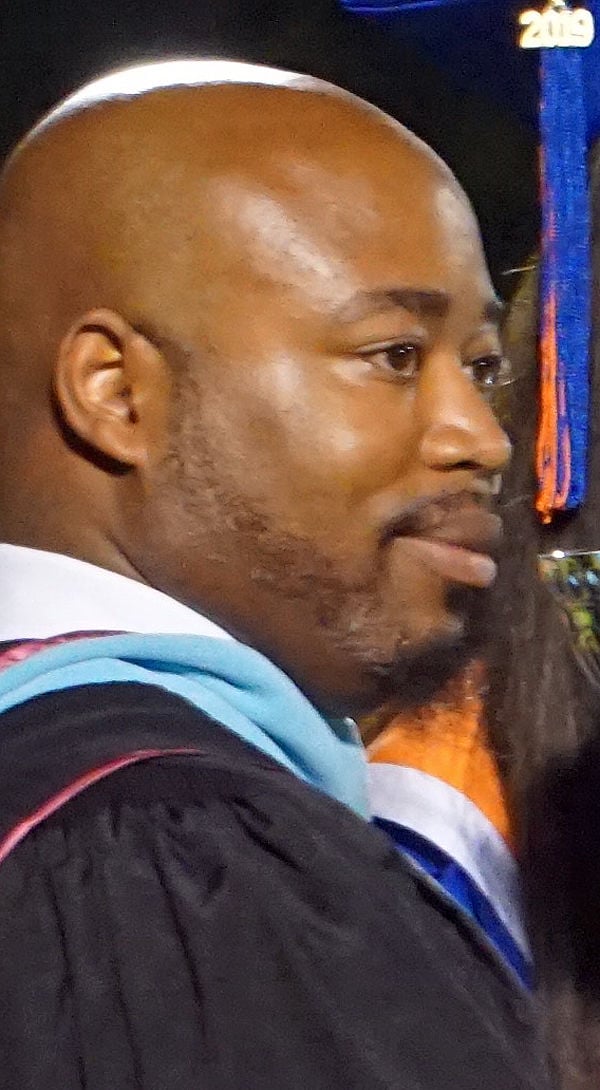 FILE - In this Floridan file photo, Cottondale High School Principal Ken Granger poses for a photo during the school's graduation ceremony, Tuesday, May 21, 2019, on the CHS football field. 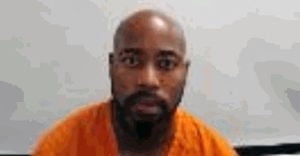 Following a Friday press conference, attorney LaDray Gilbert told the Floridan that Granger is withdrawing from the supervisor of elections race to focus on family and current matters pending against him.

Former Cottondale High School principal and political candidate Kenyonis “Ken” Granger has been charged with an offense involving a 16-year-old student that he’d allegedly been privately messaging since she was 14, but officials say alleged impropriety involving some sexual content in the messaging began a year ago.

Granger turned himself in Thursday night to face the charge and was released Friday on a $1,500 cash bond.

In the complaint related to his arrest, officials stated that “Based upon the text message between Mr. Granger (and the student), Mr. Granger has violated Florida Statute by soliciting or engaging in sexual conduct, a relationship of a romantic nature or lewd conduct with a student. Therefore, Kenyonis “Ken” Arisza Granger is being charged (under) F.S. 8001.101, Offenses against students by authority figures.”

In the jail docket provided by the Jackson County Correctional Facility, and in the first-appearance document provided by the court system, his specific charge is listed as “solicit or engage in romantic relationship with student by authority figure.” His bond was set at $1,500 and he was ordered to have no contact with the student and no unsupervised contact with females under 18, except for his own family members.

The Jackson County Sheriff’s Office released a statement regarding the case:

“On December 2, 2019, the Jackson County Sheriff’s Office received information that a local Principal was having an inappropriate relationship with a student…investigation into the matter revealed that 35 year old, Kenyonis 'Ken' Granger, former Principal at Cottondale High School, had in fact been inappropriate with a 16-year-old student. The investigation further revealed that Granger had been privately messaging the student since she was 14 years old, however, it wasn’t until a year ago that Granger became inappropriate.

“Copies of messages exchanged between Granger and the student were obtained and collaborated (sic) the student’s statement. Granger was confronted by the Jackson County School Board about his inappropriate actions involving a student, and he subsequently resigned as Principal at Cottondale High School.

“Probable cause obtained during the investigation demonstrated that Kenyonis ‘Ken’ Granger, did in fact solicit or engage in sexual conduct with a student, which violated F.S. 800.101, Offense against students by authority figures (sexual conduct). Granger was charged and on January 30, 2020, an arrest warrant was issued for Granger.

“On January 30, 2020, at approximately 10:30 p.m., Kenyonis ‘Ken’ Granger turned himself at the Jackson County Correctional Facility, where he will await first appearance.”

In the complaint, officials stated that the student was interviewed and indicated she and Granger had been close for some time and that they’d been communicating since she was 14 and in the ninth grade. She said that the messages between herself and Granger were “idle conversation” about school “until he sent the message about the sexual dream involving him and her about a year ago.”

Granger is among the candidates declared as seeking the office of Jackson County Supervisor of Elections.

“Due to recent events that have recently transpired, Mr. Ken Granger, with family and friends, will announce a major development in his campaign for Jackson County, Florida Supervisor of Elections,” the release stated. “The press conference will take place at the Ever Increasing Word of Faith Social Center located at: 3749 Skyview Road… at 1 p.m. The purpose of this press conference is for Mr. Granger to stand against recent allegations made, detail his plan going forward in the current political race, and make a major announcement regarding his role in the Supervisor of Elections race.”

Following that Friday press conference, Gilbert told the Floridan that Granger is withdrawing from the race to focus on family and the matters pending against him.