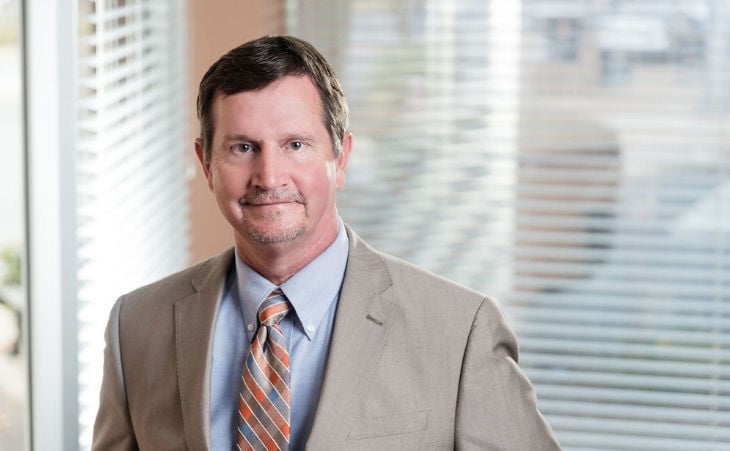 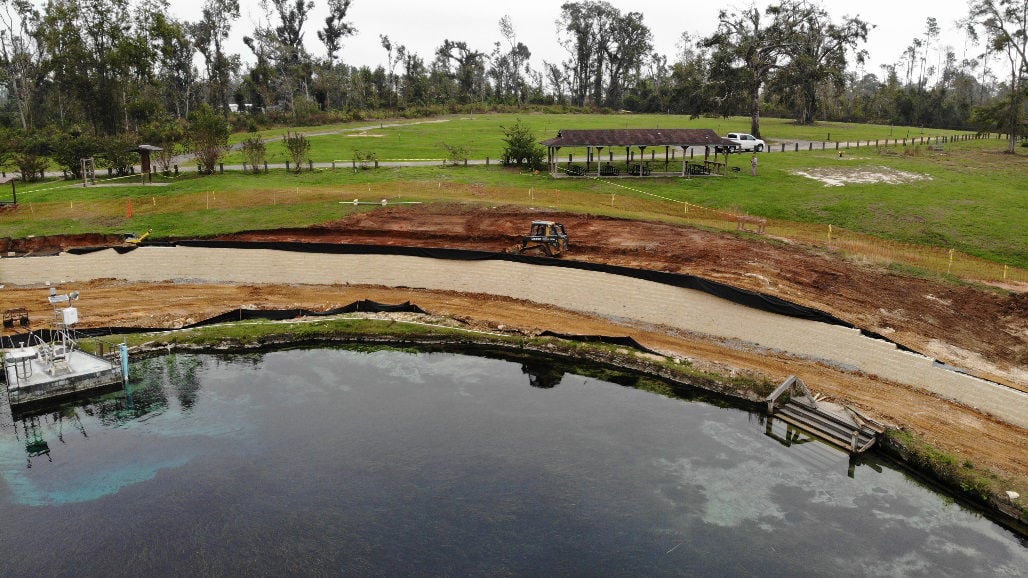 The name David H. Melvin Inc. is known throughout the Florida Panhandle and associated with consistently providing excellent service; however, many refer to the firm as “Melvin Engineering.”

Owner David H. Melvin, also known as “Bubba,” is a seventh-generation Marianna resident. He was called “Bubba” to distinguish him from his cousin, David K. “D.K.” Melvin, who works for the City of Marianna. Bubba and D.K. are the same age and went through school together.

David H. Melvin’s ancestors homesteaded on New Hope Road in 1826. While attending Marianna High School, Melvin was an excellent student and the state Future Farmers of America vice president during his senior year. The hard work of obtaining and holding this office paid off after graduation, when he was provided a paid, full-time position with Farm Bureau the following year. This included driving a company car. Once his internship with Farm Bureau was completed, Melvin returned to Chipola College for his Associate of Arts degree. Before graduating, Melvin was the state Student Government Association president for all 28 community colleges. This entitled him to be a student voting member and serve on the state board of trustees for the community colleges in Florida. Then, he finished first in his class, when he earned his Bachelor of Science in Civil Engineering from the University of Florida. Melvin later took classes working toward an MBA at Florida State University.

After graduation from the University of Florida, Melvin worked for a couple of years for a construction company called Precon in Gainesville, where he earned experience in the construction of water and wastewater treatment plants. Melvin missed Marianna and wanted to move closer to home, so he accepted a position at Bishop Engineers in Tallahassee. During the two years he worked there, he obtained his Professional Engineering (P.E.) license.

In 1989, Melvin started his firm in Tallahassee. At that time, there were no engineering firms in Marianna. Three years later, he returned to Marianna and bought the Daffin Building. David hired Gene Nobles and Rachel Durden, and he had a couple of men working in Tallahassee, which allowed him to keep the Tallahassee office open. For two years, Melvin had a Panama City office, which was dedicated to the Green Circle Bioenergy project. Despite that office closing during the recession, he now has seven people working out of his Tallahassee office and 23 people working from the Marianna office. The Tallahassee office focuses on structural engineering and has completed many jobs for FSU. In fact, the company has a continuing engineering contract with FSU. The Marianna office handles: FDOT projects; engineering; city and county residential and commercial land development; economic development; and grants.

Melvin is known for having good retention with his staff. Most have stayed with him for 15 to 20 years. He shared that he never thought there would be associates in his office when he started the firm. He values each person and realizes their contributions to the company. Also, the work culture is self-motivated. Each employee assumes their own projects and is responsible for marketing and getting their work done. Melvin explained that Gene Nobles and Rod Adams head up the division that handles transportation and road engineering for FDOT, cities and counties. Jake Mathis is in charge of construction, engineering and inspections (CEI). Planning and grants are managed by Rick Pettis and Evan McAllister. Land development is managed by Mary-Margaret Farris. Bill Nobles and Ryan Hughes are over the utilities portion of the office. The head engineer in the Tallahassee office is Kim Villarreal Holiday, who manages five engineers, one of which is Sean Martin, Ph.D. Martin is currently FSU’s First Professor in Practice.

Melvin and his team have many years of experience in economic development with cities and Jackson County. He worked on the Green Circle Bioenergy, Family Dollar Distribution Center, solar projects for the City of Marianna, and the Chipola College stormwater pond, just to name a few.

Melvin is currently working on a project at Blue Springs, which he described as making the park look more like a resort with a regional draw — a “classy place.” Melvin and his staff are also working on the Endeavor Project. Some of the projects at Endeavor include: an autism center; turning the 9,000-square-foot former dining hall into a museum for Dozier School for Boys, Jackson County and Marianna history; renovating the existing gym to be used as a conference center, and providing a tiny home community for autistic students, interns from the FSU campus, and workforce housing. “I think there will be a lot more grant dollars coming down that will be utilized and we will be able to take advantage of what wasn’t available before the storm,” Melvin said.

He’s not all work, though. Melvin’s family roots run deep. He met and married Patty while attending Chipola College. Their families knew one another. David and Patty were delivered by Dr. Wandeck at the old Jackson Hospital only one month apart. They would later learn that their grandparents played together as kids. Melvin worked at the University of Florida while in school. Patty, who had not taken a year off, finished her degree and began working as a physical therapist, while David was completing his degree.

The Melvins have eight children: Bryce, Brent, Tommy, Drew, Danielle, Dillon, Gabbi, and Isabelle. Twelve-year-old Isabelle is the youngest. The couple adopted her from Guatemala when she was 11 months old. That’s not all. David and Patty have four grandchildren and one on the way in December. Brent decided to follow in his father’s footsteps as an engineer. Brent’s wife is from Chipley and is completing her final year of residency in Tampa. The family is hoping she will be a pediatrician in Marianna and Brent will go to work with David. Bryce works in David’s office for a company out of Washington D.C. Bryce is the CFO of Mighty Cause.

In his spare time, Melvin leads construction-related mission teams. He led a team that built an orphanage in Haiti and a medical clinic in Costa Rica. He enjoys taking company employees on the trips for team building. Locally, Melvin assists with building bus shelters for JTrans and landscaping for Habitat for Humanity homes. He is a member of Rivertown Community Church, where he is a Sunday school teacher and heads up mission trips; Rotary; and the JTrans board. He loves Marianna.

After Hurricane Michael, David and Patty Melvin had two huge pine trees in their home resulting in $150,000 in damage to the back of the house. Their missionary friend from Costa Rica helped them to rebuild the back of the house, while they lived in the front. Prior to the storm, David Melvin and Paul Smith had arranged to help widows and people in the community with cleanup after the storm.

“That’s how naïve we were,” Melvin explained. It would be close to three weeks later before his office was open for business, because of the need for Internet and electricity. Meanwhile, Melvin, his family and staff were out in the community helping others. He said he lost track of time while he was away from the office.

Recently, Melvin’s associates began encouraging a rebranding of his company, logo and website. The teal-colored business cards now say “DHM” and state the purpose of the company: “Creatively solving the infrastructure needs of our clients, encouraging the families we touch, and fulfilling our God-given role as stewards of the resources entrusted to us.” On the flip side of the card under DHM is “Melvin Engineering,” what the company has become known as over the decades. The eye-catching, classy website features their projects and begs viewers dig a little deeper into what the company is all about. There is no question that the rebranding was a monumental undertaking, but the new look has the same great service under the surface. Be sure to visit their new website at www.melvineng.com.

What a great family and business to have in Marianna! To find out more, call 850-482-3045 or visit DHM at 4428 Lafayette St., in Marianna, 7:30 a.m. to 5 p.m. Monday-Friday. Visit the City of Marianna’s website at http://www.mariannafl.city/335/New-Businesses-and-Other-Community-News to learn more about new businesses. Shop locally and support Marianna businesses.