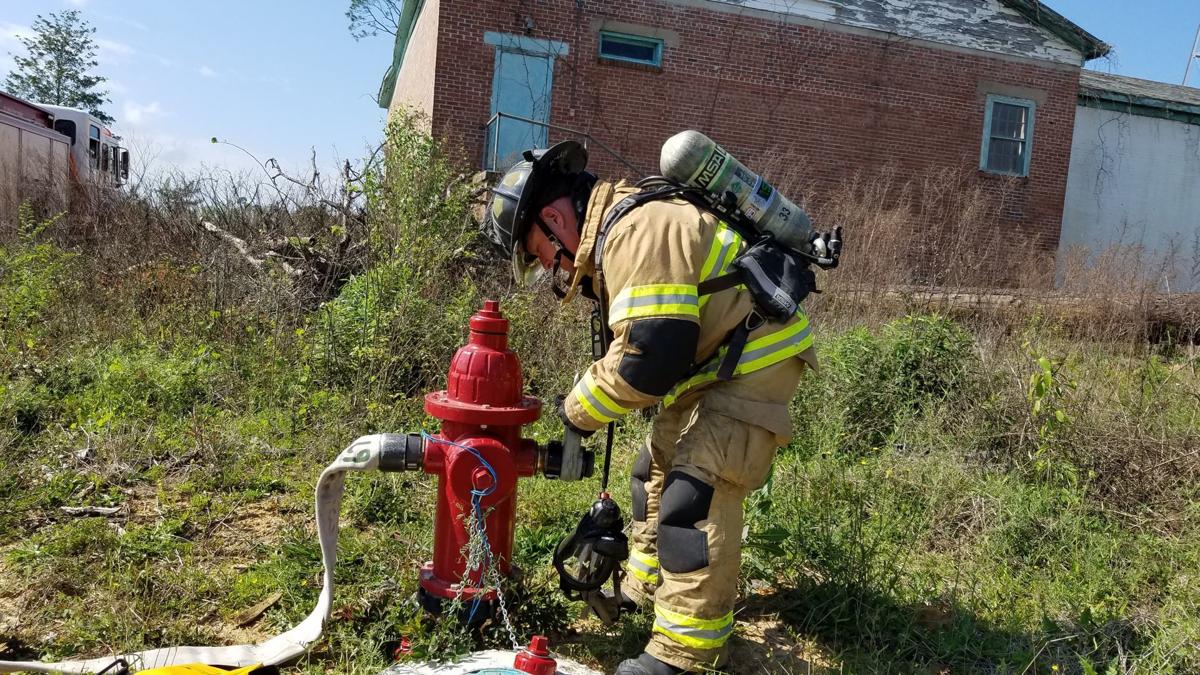 A firefighter connects a fire hose to a hydrant in a training exercise Wednesday. 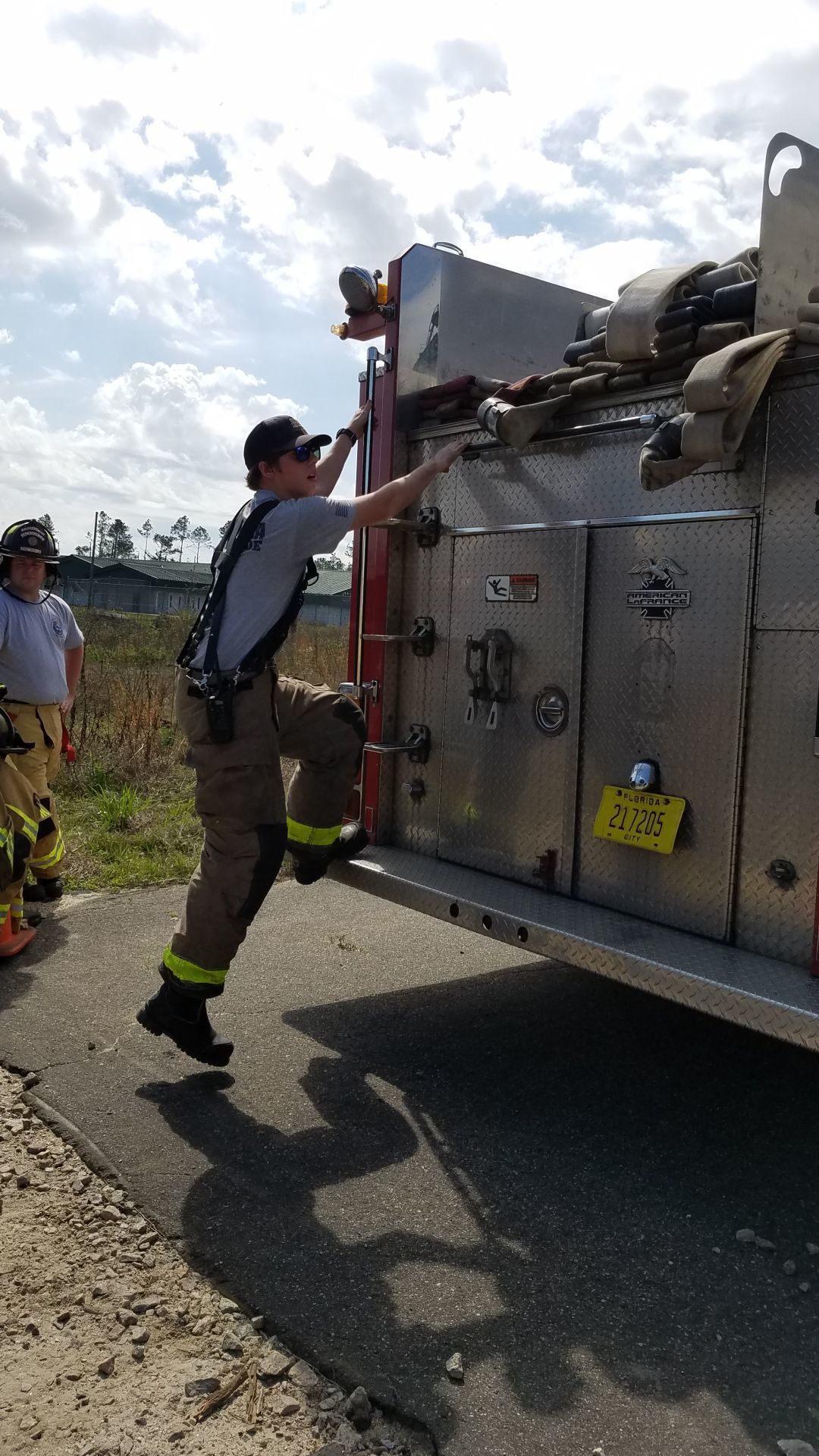 A firefighter climbs down a truck during training Wednesday. 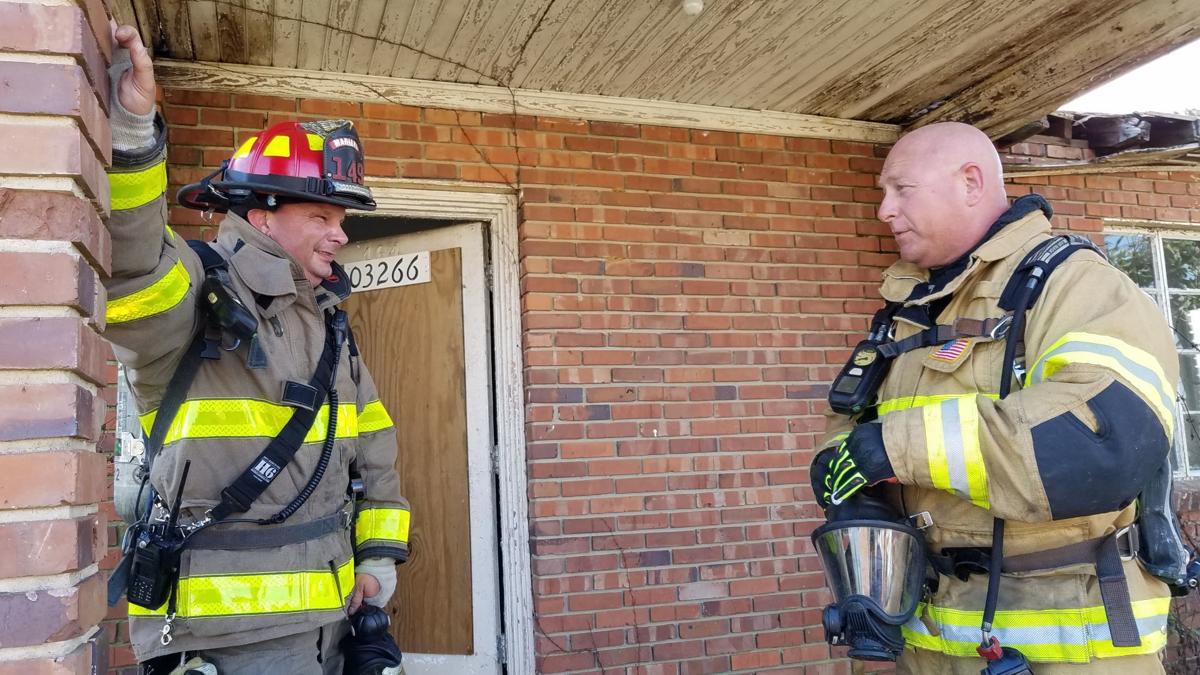 A firefighter connects a fire hose to a hydrant in a training exercise Wednesday.

A firefighter climbs down a truck during training Wednesday.

With the recent, sudden resignation of former Marianna Fire Chief Nikki Lovett, the city has asked Jackson County Fire Rescue Chief Charlie Brunner to stand by as a back-up to assist, if needed, with any administrative tasks for which his credentials could be useful, or to assist in any other way necessary.

Dean said the Marianna Fire Rescue department, in addition to fire-fighting, provides basic life support with a team of emergency medical technicians-most of whom are dual-certified in fire service. The team will continue operating its day-to-day operations as usual, with captains running each shift as they have been for some time under the department’s structure.

The city is advertising for a new chief, Dean said, with 15-20 applicants so far, adding that it would remain open to additional applications until the vacancy is filled.

As for Brunner’s new role in support of the city, Dean said cooperation between the two departments, has always been good and he views the arrangement as a natural extension of the relationship, and one that makes sense under the circumstances.

That cooperation was in play Wednesday morning, for instance, when the two departments got together for a fire-side training session. It was the city’s event, and the county was invited. Both departments sent several to get in on the exercise. Some were fresh out of fire school, while others were veteran first-responders with a couple of decades in service.

The training took place at Endeavor, in an old building on the property. The mock exercise—no water and no fire—tested and honed a variety of firefighters’ abilities, like connecting hoses to water sources with a variety of tools to fit the different hydrant configurations existing here; deploying the hoses; and safely entering the structure.

The two are teaming up on something else these days. “Everybody’s trying to kill the virus,” Dean said. First responders of all stripes are getting daily updates about COVID-19, and crews meet frequently as numbers and situational protocols emerge.

Brunner had his county team assembled for one of those updates a few hours after that morning joint training session, for instance.