At a virtual gathering of several local Christianity-based ministers this week in a faith forum on race relations, an ironic fact was acknowledged and discussed as something that needs to change: Sunday is the most segregated day of the week.

By and large, races keep to different churches here in Jackson County and many other places in the United States. The ministers agreed it’s a sad fact that color separation is the norm in the places most noted for espousing and promoting the notion that all are part of one spiritual family in which brotherly and sisterly love is demanded of one God that created all.

The Monday forum comes at a time when race relations overall are being examined in the spotlight these days. After Black citizen George Floyd died under the knee of a white police officer, the Black Lives Matter movement gained momentum, with participation by people of all races, and wide-ranging discussions on race have also ensued across many categories of concern.

The ministers were of one accord on several points. They are committed, they said, to calling out any in their congregations who try to sow seeds of racial discord. They are committed to visiting each other’s churches as speakers, and to inviting each other to do so. Their doors are open to each others’ congregants of all colors. They committed to setting the example in their leadership. They say separation on Sunday is no way to foster togetherness and harmony the rest of the week.

They shared one more common belief that day, generally expressing faith that the current mood of the nation is one that spells hope for more progress toward the perfection of that Christian ideal they and so many others profess. 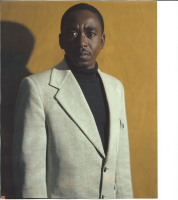 Ex Nihilo Nihil Fit !!! The Latin translation is: Out Of Nothing, Nothing Comes !!!