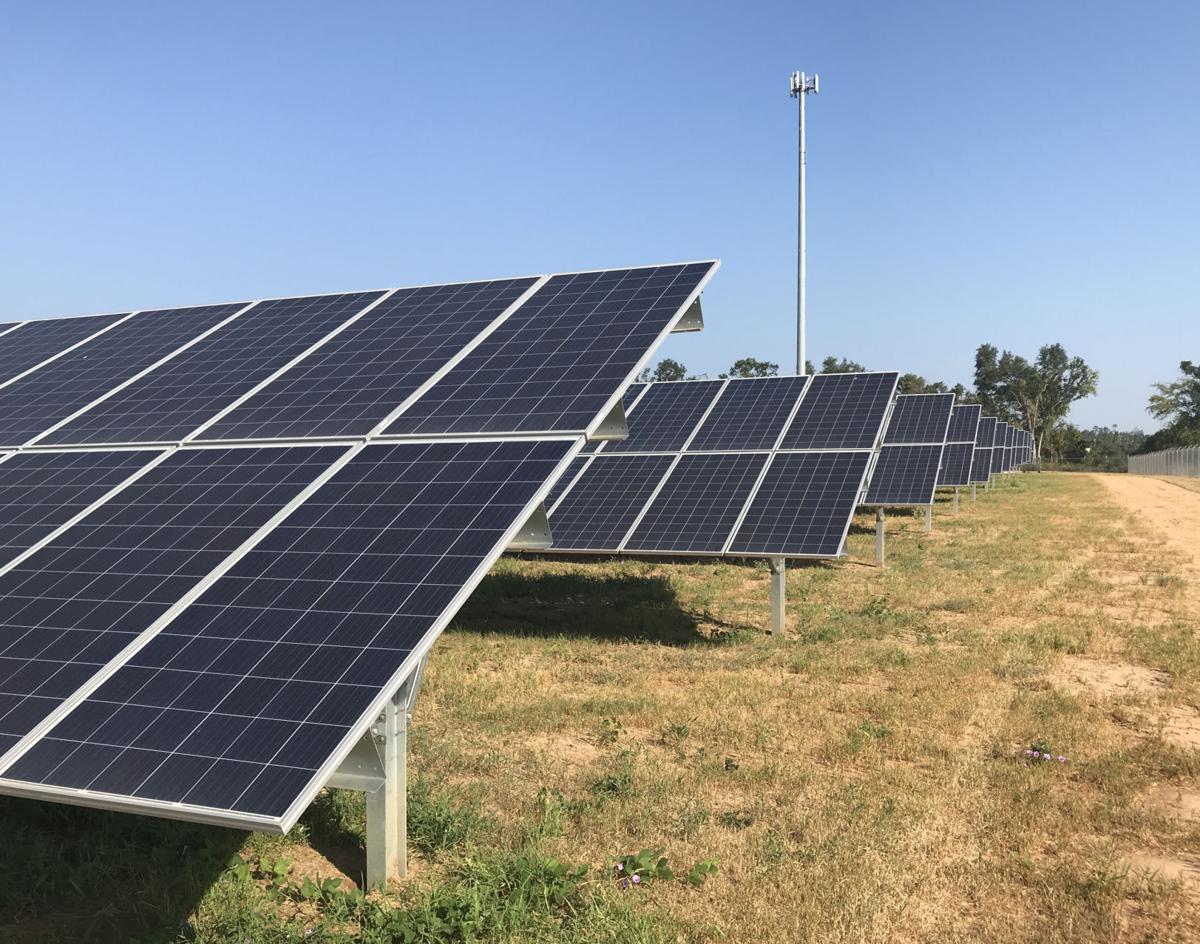 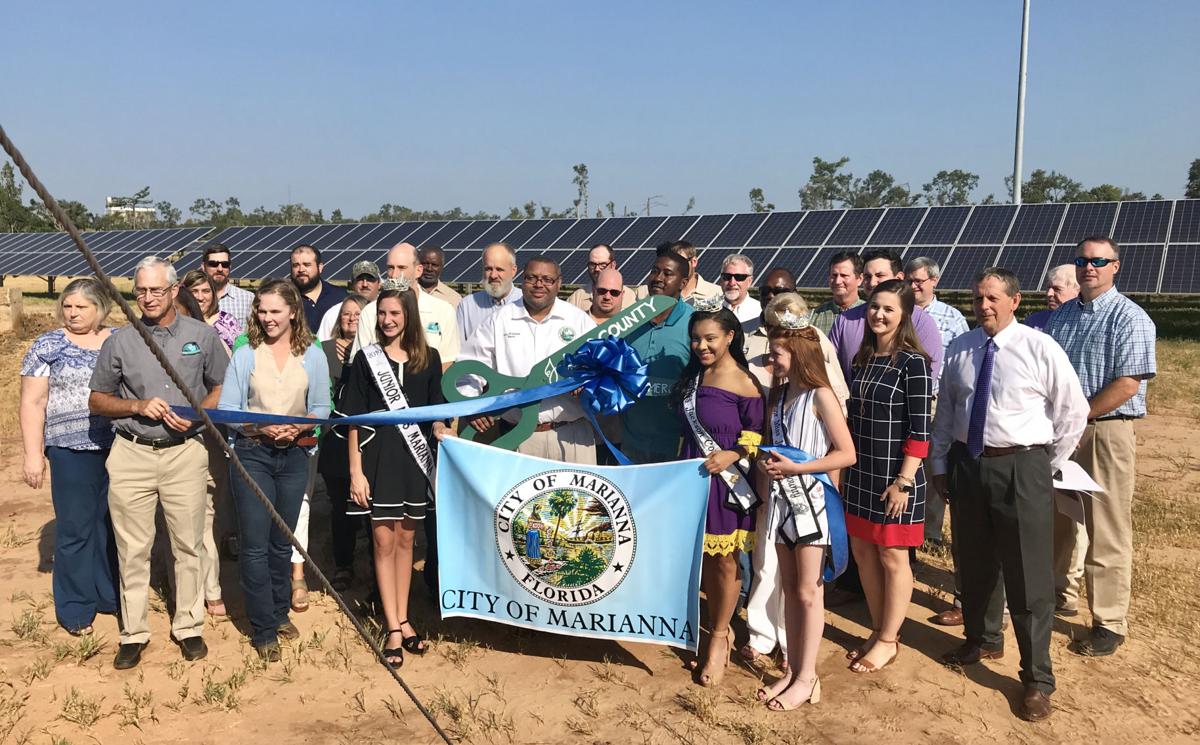 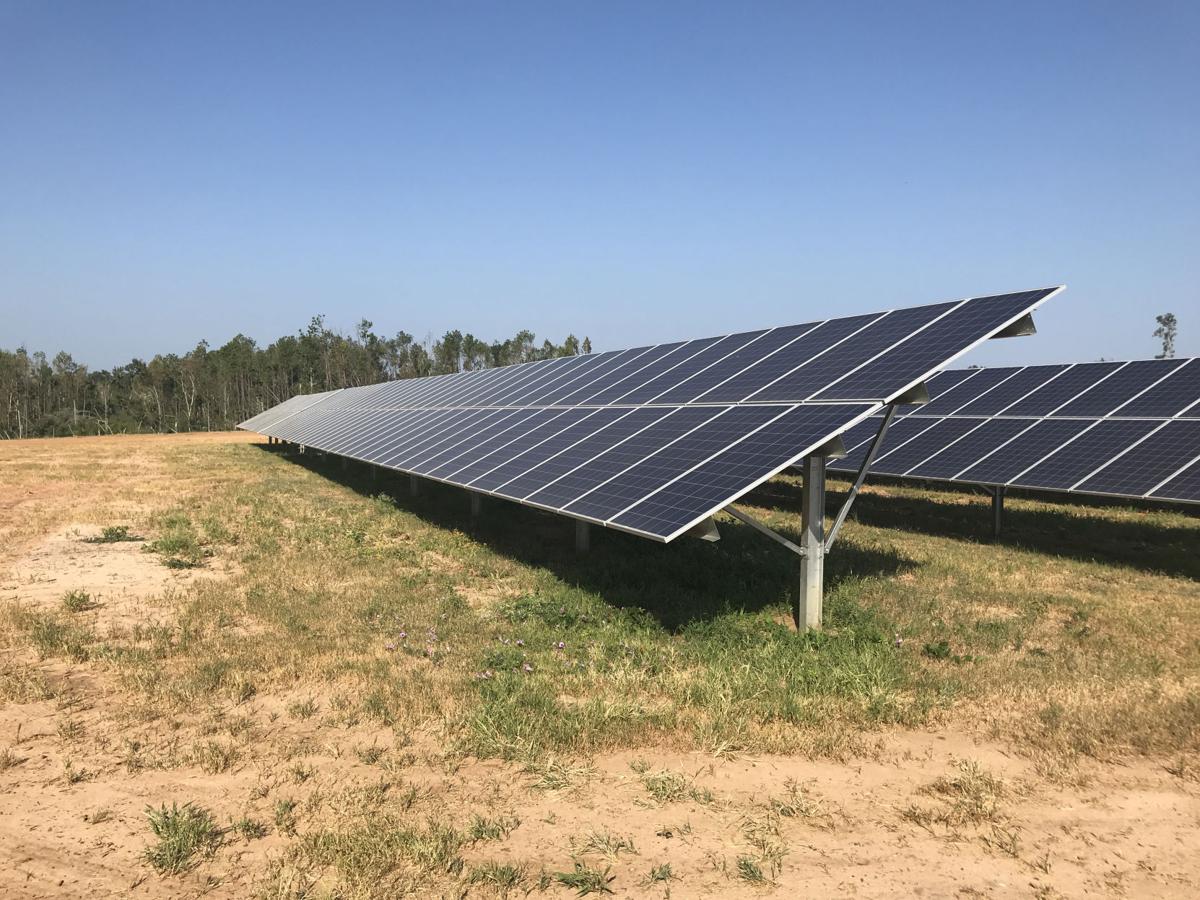 MARIANNA – While most folks are hankering for rain to ease the current drought, Thursday’s clear skies and the morning Florida sun bouncing off an array of photovoltaic panels made the perfect setting for ceremonies at the new municipal solar farm.

City officials marked the opening of Marianna’s new solar farm with a ribbon cutting ceremony and brief remarks from officials and project participants.

The Davey Street solar panel array, near the city's waste water treatment plant, is part of a $4.6 million project that includes a second array south of town, near the utility’s spray field on Pittman Hill Road.

Funding for the solar farm comes the Florida Department of Environmental Protection in the form of a loan agreement executed by that agency and the city. The majority of the loan, 80 percent, is forgivable and the city will pay the remaining 20 percent back over 20 years, at an interest rate of less than 1 percent.

According to project engineers with David H. Melvin Inc., the city solar project included building the two photovoltaic solar power plants – a 1.9 MW DC facility at the 12-acre wastewater treatment plant site; and a 400 KW DC facility on an 8-acre site at the wastewater sprayfield – and the installation of distribution power lines, five transformers, 35 inverters, and nearly 7,000 solar panels. Work also included site clearing, grading, fencing and other associated construction. PCI Solar was the prime contractor for the project.

The two sites are expected to produce 2,300 KW of power to operate both wastewater facilities. City officials say the cost of power at the treatment plant accounts for 23 percent of the wastewater utility’s operation and maintenance budget. The solar farm project is an attempt to control those costs; officials estimate yearly savings at $325,000. Marianna’s results will inform how FDEP rolls out similar projects in other areas of the state.

The article didn't mention what batteries are going to be used to store the energy that the solar panels will accumulate during the day. So, in other words, this is only going to be used during daylight when the sun is shining on the panels. Waste of money.