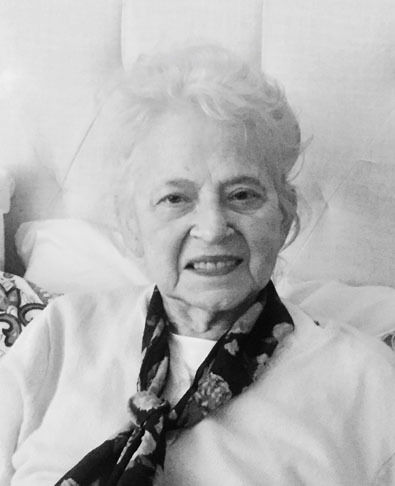 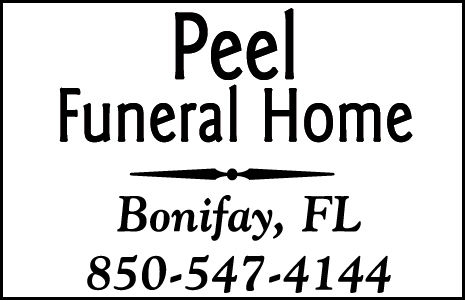 Peel Funeral Home Bonifay, FL 850-547-4144 Charlotte Howell Cone was born on June 26, 1934 in Cottondale, Florida. She was the fifth daughter and ninth of ten children born to the late Alto and Malzie Shouppe Howell of Bonifay, Florida. She grew up in Bonifay and lived in Pensacola with her husband, J.P. Cone, Jr. since 1968. She passed from this life on October 27, 2019. She was preceded in death by three sisters, Ila Howell Barber and Helen Howell Davis of Cottondale, Florida and Nell Howell Locke of Jacksonville. Also by five brothers, Drexel Howell, Shouppe Howell, and Fred Howell of Bonifay, Lamar Howell of Chesapeake, VA and Myron Howell of Fort Walton Beach. She is survived by her husband of almost 65 years, J.P. Cone, a sister Kathryn Howell Crisp (Billy) of Cottondale and sister-in-law Celedia Burgess Howell of Bonifay. Also surviving from the Howell family are 19 nieces and nephews. Preceding in death were her father-in-law and mother-in-law, Jesse P. Cone, Sr. and Jewel Allen Cone. Surviving her in the Cone family is her sister-in-law, Gwen Cone Anderson (Andy) of Marianna, Florida and brother-in-law, Wayne Cone (Debbie) of Houston, Texas and five nieces and nephews. Surviving is her daughter, Allison Cone Porter of Mount Juliet, Tennessee and son, Saunders Allen Cone of Pensacola and Iraq. Surviving grandchildren whom she adored are Katie Burgett (Brett), Jenni Cozart (Tyler), Taylor Ervin (Jon), and Coulson Porter and her great grandchildren, Cooper, Mason, Iver, Beau, and Olivia all of Mount Juliet, Tennessee. She firmly believed that the love, joy and laughter she and her grandchildren shared together enhanced her life so that she became more than she ever was before. Charlotte attended Bonifay Elementary and Holmes County High School in Bonifay where she participated in band, glee club, and National Honor Society, graduating in 1952. She completed a program at Jones Business College in Jacksonville, Florida in 1953. She attended Chipola Junior College where she was a member of the Golden Arrow and received her BS degree from Florida State University in 1960. She received her Master's Degree in Library Science from the University of Alabama in 1967 where she was inducted into Phi Delta Kappa. She also did advance graduate work at Emory University in Atlanta and the University of Florida in Gainesville. During her thirty-three years in public education, she served as teacher/librarian at Malone High School, Malone, Florida, later serving on the library staff at Chipola Junior College, Marianna, Florida. After moving to Pensacola, she joined the Workman Middle School faculty as a Media Specialist where she served for twenty-four years. She received her early religious training at the First Baptist Church of Bonifay and was a long time member of the First United Methodist Church in Pensacola and the Open Hearts, Open Minds Sunday School class. She was a long time member and past president of the Beta Lambda Chapter of the Delta Kappa Gamma International, an honorary society for women educators. Memorial Services will be held Saturday, November 2, 2019 at Peel Funeral Home and Chapel with visitation beginning at 10:00 am followed by an 11:00 am service with burial immediately following the service. Burial will be in Bonifay Florida Cemetery where many of her family rest. In lieu of flowers, JP asks that donations be made in Charlotte's memory to First United Methodist Church, 6 E. Wright Street, Pensacola, FL 32501 or a charity of one's choice.