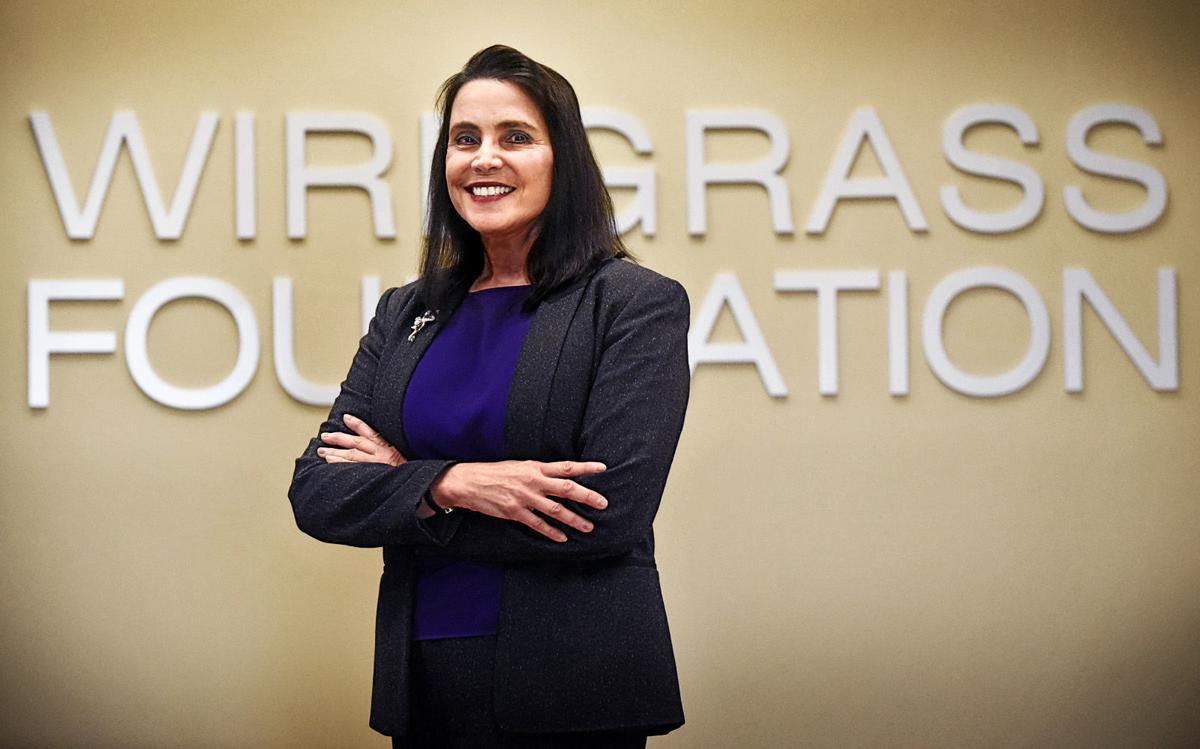 As much as Barbara Alford loves love the solace and beauty of being underwater, she said nothing in her life compares to precious time with her granddaughter, 5-year-old Kate. (Photo provided by Barbara Alford)

In this photo provided by Barbara Alford, the Wiregrass Foundation leader is seen scuba diving in an underwater cave. When not working with the nonprofit or spending time with her family, Alford relaxes through scuba diving. 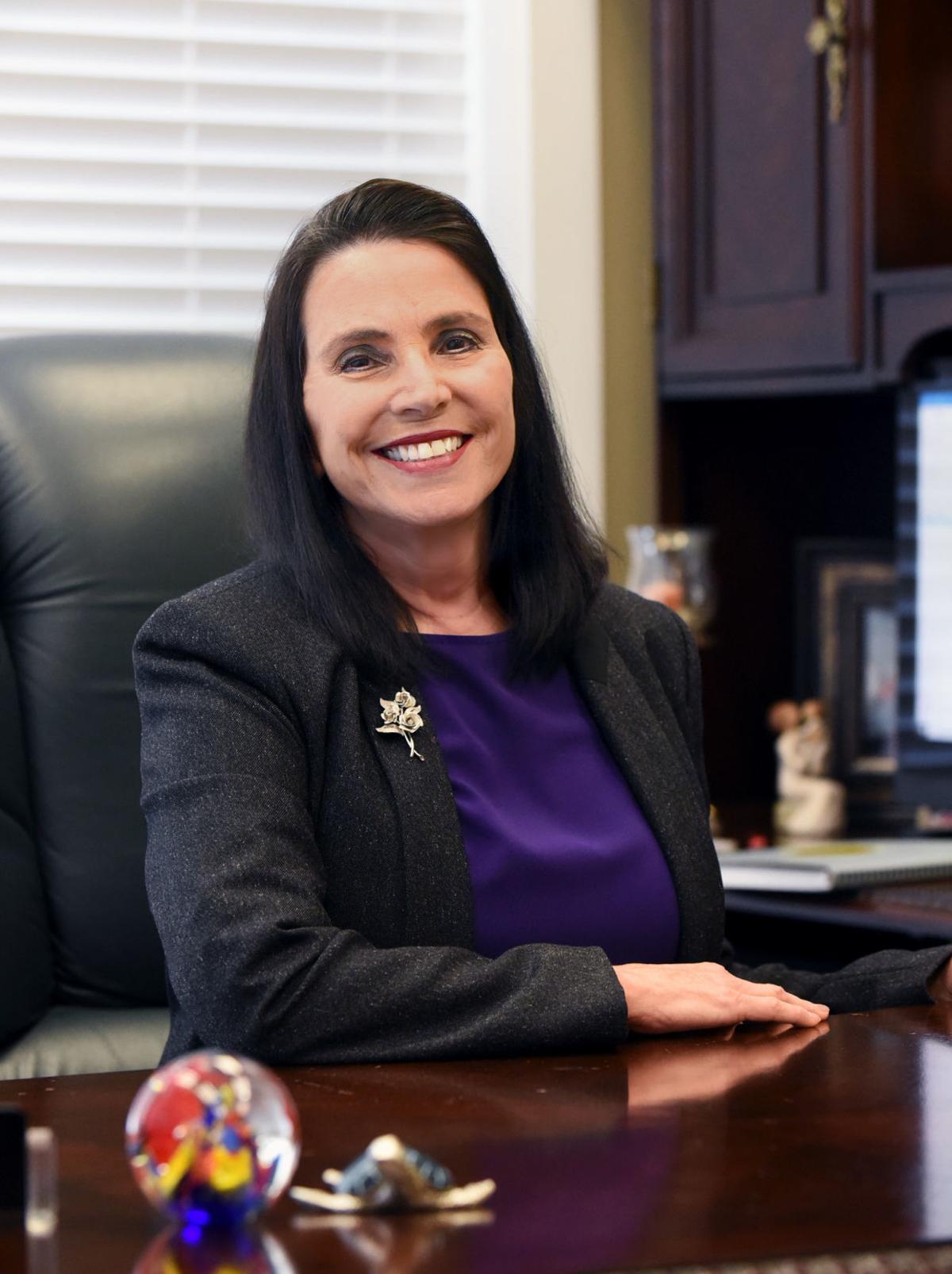 In this photo provided by Barbara Alford, the Wiregrass Foundation leader is seen scuba diving in an underwater cave. When not working with the nonprofit or spending time with her family, Alford relaxes through scuba diving.

Barbara Alford may not have known where she’d end up when she first entered the workforce, but her career arc through business and education prepared her well for her role as executive director of the Wiregrass Foundation.

A native of Brooklyn, New York, Alford arrived in the South with a teaching degree and a background in business, and took a job teaching at Carroll High School in Ozark before going to work for Wallace College. She ended her career in higher education after a stint as president of Troy University Dothan, and a busy consulting business soon led her to take the helm of the Wiregrass Foundation.

Seemingly unrelated fields meshed well for Alford. “Being part of a college or university immerses you in a microcosm of a community and helps you learn to become a contributor,” Alford said. “Higher ed taught me how to listen to voices that are different from my own, to reflect on what world events really mean to me, to do research and to consider facts before fiction, and to (try to) learn when to lead and when to follow.”

That’s served her well in her role leading the nonprofit. The Wiregrass Foundation oversees a multimillion-dollar corpus from the sale of Wiregrass Hospice in 2005, and has awarded more than $39 million in grants large and small for improvements in the Wiregrass area.

Far from her Brooklyn beginnings, Alford credits the pace of life in the South as one of the keys to the drastic change of setting in her life.

“A lot of Yankees think of the South as this slow place,” she said. “It’s not true. We’re more reflective. We like to think about things, and that appeals to me.

“It’s the easiest thing to do to give away money. It’s also the hardest to do to make sure we get it right.”

What she is reading: “The Tattooist of Auschwitz” by Heather Morris and other World War II historical fiction works

Person she admires: Her father, Joseph Motola, who served as a master strategist for the U.S. Postal Service in New York

Bucket list items: Scuba diving in Italy; taking granddaughter on adventures; finally looking in the mirror and saying ‘I made a difference’; milking a cow

That contemplation has led the Foundation’s board of directors to determine the best course for its largesse. The Foundation provided a challenge grant that helped in the construction of two new library buildings in Dothan, helped fund improvements at the Dothan Regional Airport that helped land Commercial Jet, a major employer, and, in its largest project to date, helped fund the more than $20 million Wiregrass Public Safety Center that will enhance first-responder training and improve community relationships with first responders. The public safety center will officially open in early 2020. All the planning, analyzing and forward thinking can be taxing, so Alford relaxes through scuba diving.

“My son took a scuba class, and we were going to take a trip to Mexico so he could dive,” she said. “If you thought I was going to let my 13-year-old son dive while I was just sitting on the beach, you were wrong, so I took a scuba diving class.

“He can take it or leave it. I just fell in love with it. You have to be in the moment, which is hard to do in my line of work.”

The research and contemplation of grant distribution can also create an environment that makes choosing one “child” over another near impossible.

“I cannot point to any one Wiregrass Foundation project more than others,” Alford said. “Of course the big ones — the Wiregrass Public Safety Center, Bright Key, the work we are doing now with the arts — get and deserve a lot of passion, time and attention. I’d be lying if I said that walking through the 23-acre safety center site did not light me up a bit. But on those occasions when we get to work on a smaller project or help a new organization take a next-step, you sometimes get a glimpse of the future. And then you realize you’ve been a small part of it. That’s pretty exciting.”