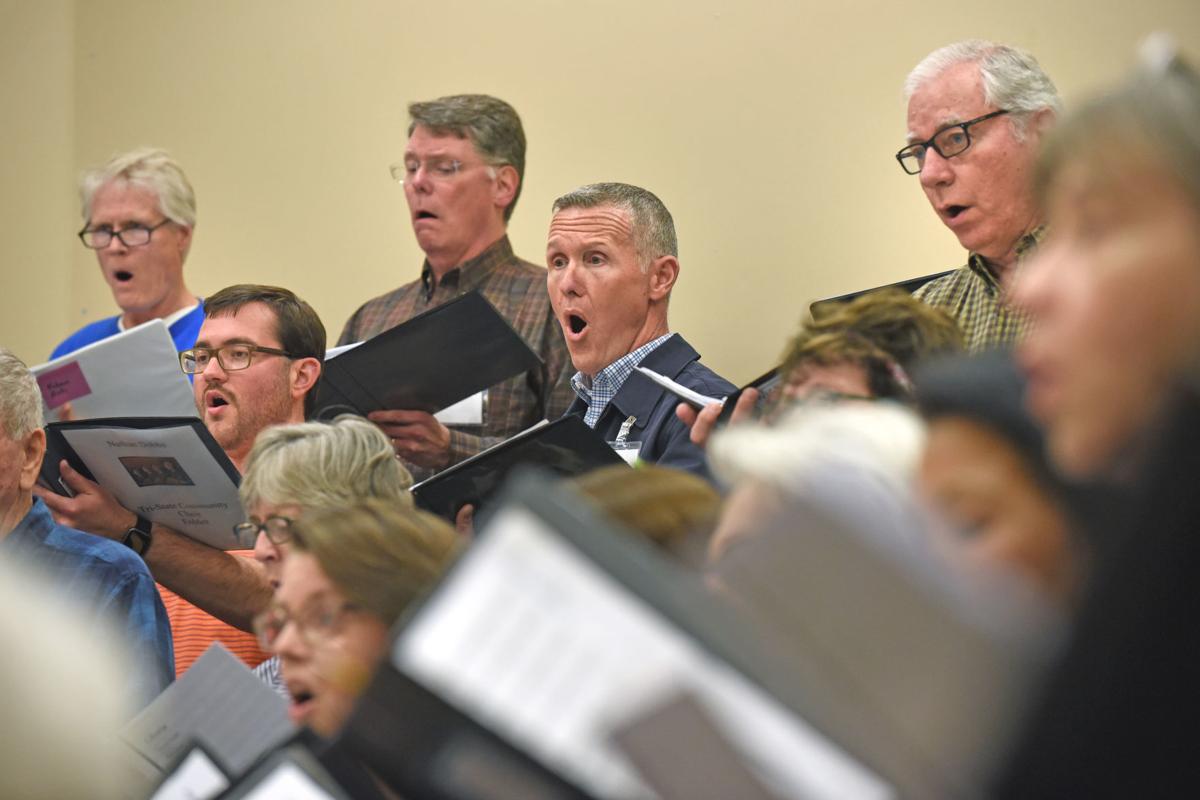 The Tri-State Community Choir rehearses at First Baptist Church in Dothan on Tuesday night. The choir has been invited to perform at Lincoln Center in New York City on March 23 by the group Distinguished Concerts International New York. 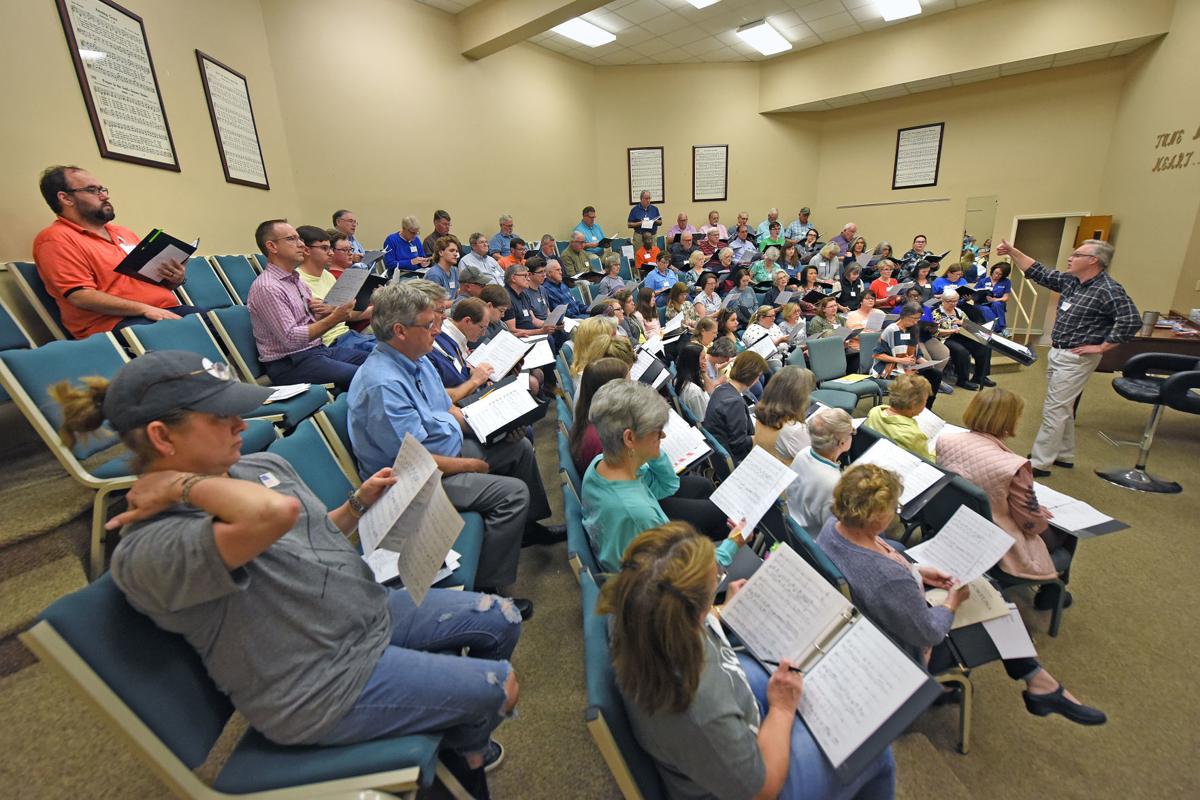 The Tri-State Community Choir rehearses at First Baptist Church in Dothan on Tuesday night. The choir has been invited to perform at Lincoln Center in New York City on March 23 by the group Distinguished Concerts International New York.

It’s been a year since the Tri-State Community Choir held its first concert, but in its short existence the choir has made an impression outside the Wiregrass.

Members of the choir have been invited to perform at Lincoln Center in New York City by the Distinguished Concerts International New York City (DCINY) for a concert later this month. And in a few months, members will travel to London to perform.

In the meantime, the choir is also rehearsing for its April 18 performance of “We Sing Out Our Truth,” which will feature songs from different genres.

“It will have a selection of songs that will speak about when things go wrong in life, like when stuff happens, what do we do? How do we deal with it? How do we support one another? What about when we feel like giving up?” said Debbie Yurevich, the choir’s administrative director.

The 13 musical selections include “Please Stay” and “Baba Yetu” — which is the Lord’s Prayer sung in Swahili — as well as “O Fortuna” and Josh Groban’s “You Raise Me Up.”

For its New York trip later this month, the choir submitted a recorded audition to DCINY and received an invitation to perform in a March 23 concert “Calling All Dawns” in David Geffen Hall at the Lincoln Center for the Performing Arts, Yurevich said. During the program’s first act, Tri-State members will join other choir members from all over the world to perform “Jubilate Deo” by Dan Forrest.

The Tri-State choir performed “Jubilate Deo” for its first concert in 2019. Forrest is also a composer-in-residence with DCINY.

“The Tri-State Community Choir received this invitation because of the quality and high level of musicianship demonstrated by the singers as well as the exceptional quality of their audition recording,” Dr. Jonathan Griffith, artistic director and principal conductor for DCINY, said in a press release. “It is quite an honor just to be invited to perform in New York. These wonderful musicians not only represent a high quality of music and education, but they also become ambassadors for the entire community.”

Yurevich said 30 of the 110 choir members are making the self-funded trip to New York City.

Steve Mashburn, president of the Tri-State Community Choir’s board of directors, said the nonprofit choir does not raise money but does accept donations to cover the cost of buying orchestral sheet music and paying orchestra players to perform with the choir during concerts. Otherwise, choir members cover their own costs.

The local choir is composed of singers from 22 different communities in Alabama, Georgia and Florida. Members are of all ages, from teens to an 88-year-old.

“There are a big variety of people in here from all walks of life,” Mashburn said.

What: Tri-State Community Choir performance “We Sing Out Our Truth”