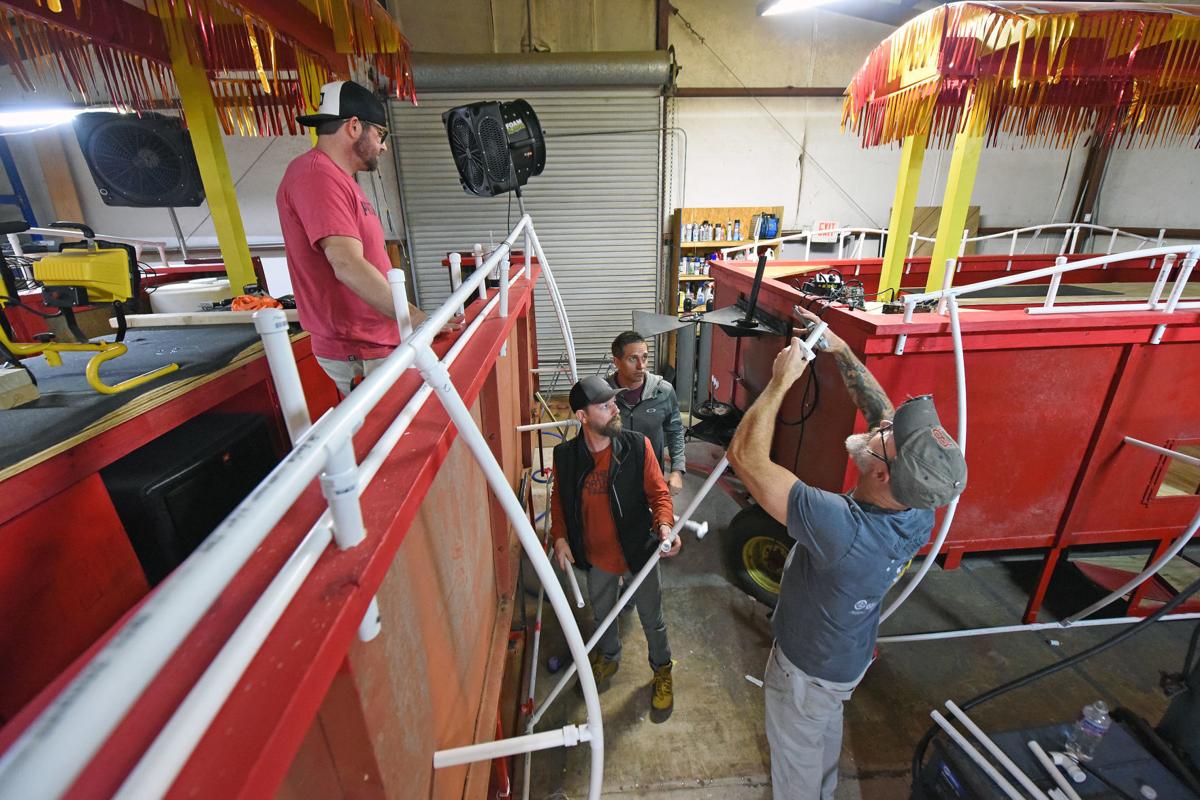 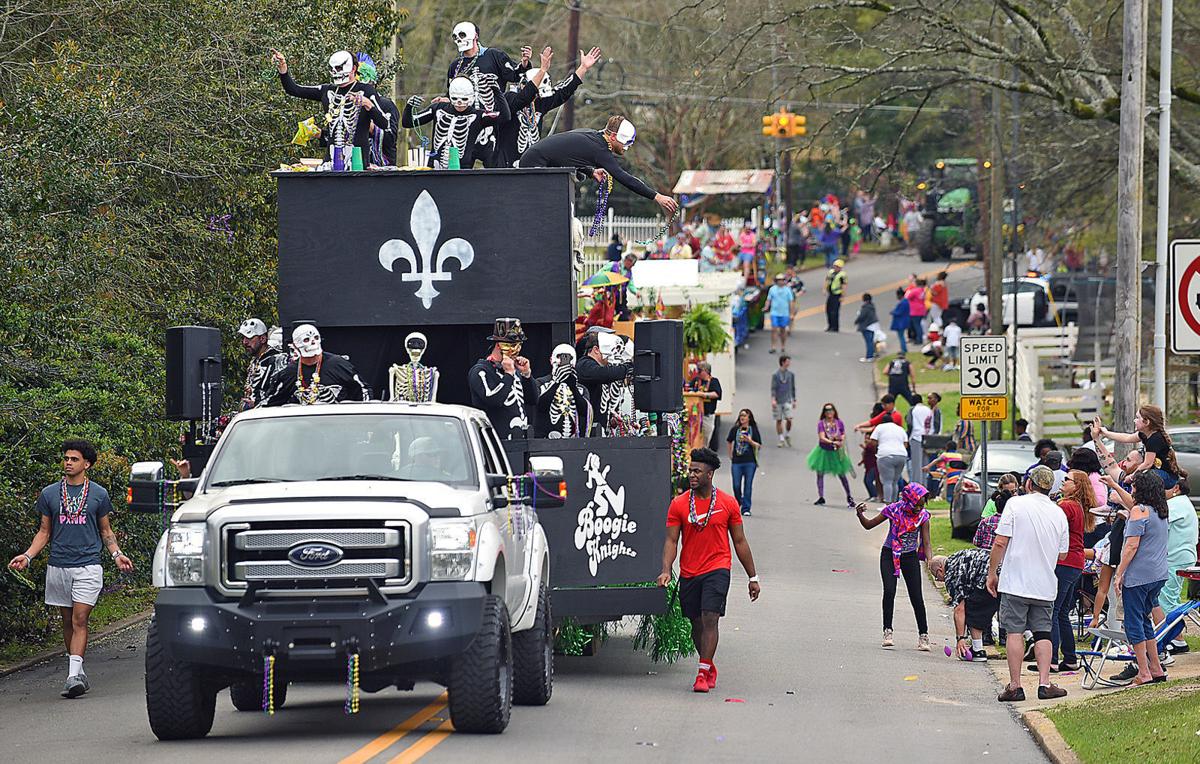 The Krewe of Kolosse Mardi Gras Parade proceeds up Catalpa Avenue during the annual parade in 2019.

The Krewe of Kolosse Mardi Gras Parade proceeds up Catalpa Avenue during the annual parade in 2019.

In 2014, Harry Hall was having dinner with friends, talking about how they wish they didn’t have to drive somewhere for a Mardi Gras parade.

Hall left dinner and drove an impromptu route through Dothan’s Garden District. The next day, he called the Police Department about how to hold a parade. He filled out some paperwork and got a permit.

Nine days later, Dothan had its first Mardi Gras parade. It was a small affair; a few classic cars and some floats started at Solomon Park and ended at the Episcopal Church of the Nativity on Holly Lane.

It was so popular that Hall and his friends decided to get organized and formed the Krewe of Kolosse.

On Saturday, Feb. 22, the Krewe of Kolosse will host its seventh Mardi Gras parade, with more than 30 floats and entries.

The parade begins at 3 p.m. and winds through the Garden District and other neighborhoods on the way to Foster Street downtown. For parade participants, it’s about two hours from start to finish. For a spectator, the parade takes about 30 to 40 minutes to pass.

With a weather forecast that includes sunny skies and afternoon temperatures in the high 50s, Hall expects another good year.

“Really, it’s about having some fun with other people and that’s always going to be a draw,” he said. “Good, clean fun where you just can go and do something that is entertaining, that is an event that’s fun that the kids enjoy that everybody can do together.”

Today, the Krewe of Kolosse has 187 active members. Eight krewes have formed in Dothan, with numerous Mardi Gras balls held in the week or so before the parade.

Floats have become more and more elaborate, many of them built on old peanut wagons and stored in a warehouse year-round. Many floats are built from scratch each year, Hall said.

“It’s participatory; everybody gets to get in and rolls up their sleeves and shows their creativity,” he said. “That’s the neat part is it’s a channel for creativity; it’s where you can put it on parade and everybody can see it.”

Along with beads, Moon Pies and other treats, krewes make “prize” throws for the crowds — bedazzled sunglasses or the King’s Coconuts, which include discounts at local restaurants.

“It’s amazing to see how much money and energy goes into this just to throw it all away, just to throw it to people on the street,” Hall said. “It’s fun, it’s silly, but it’s wonderful to watch.”

Residents along the route set up grills and host parade-viewing parties in their front yards like they’re tailgating at a ballgame. Kids set up lemonade stands.

“There’s one guy who throws us hot dogs wrapped in foil,” Hall said.