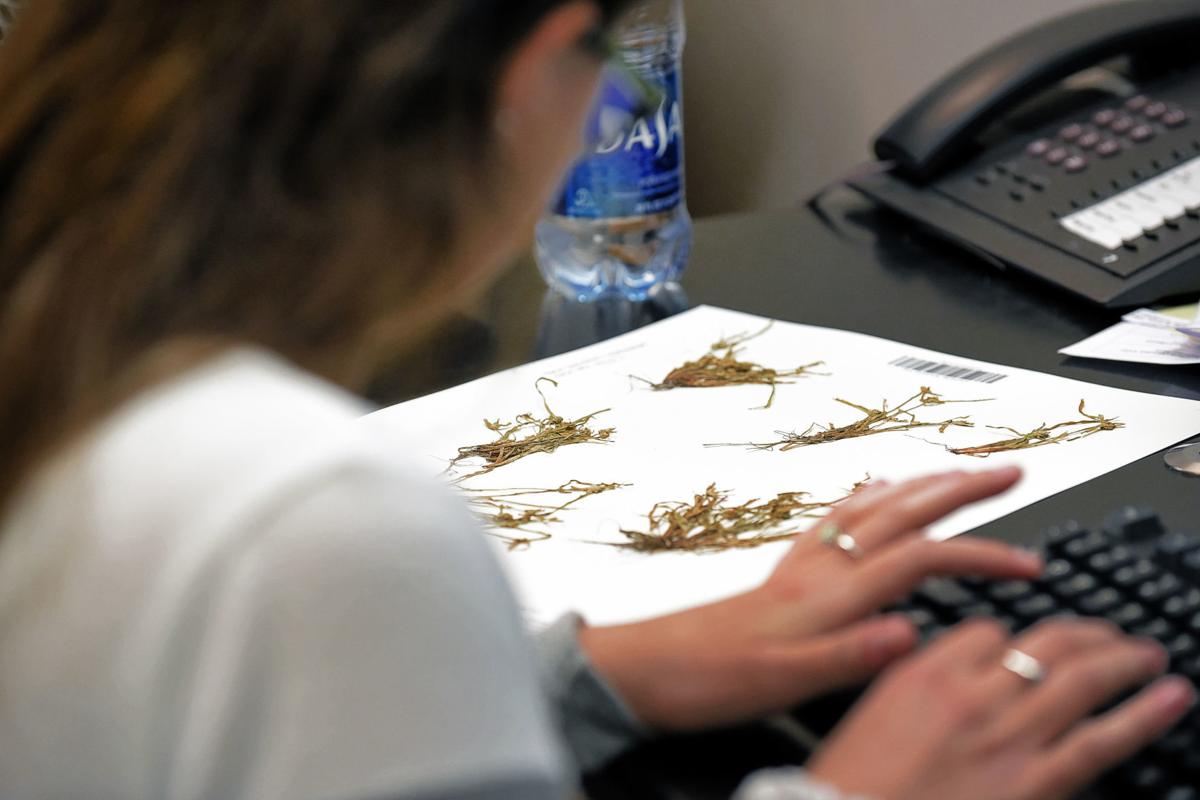 A research assistant inputs data for a plant specimen at the Troy University Herbarium. 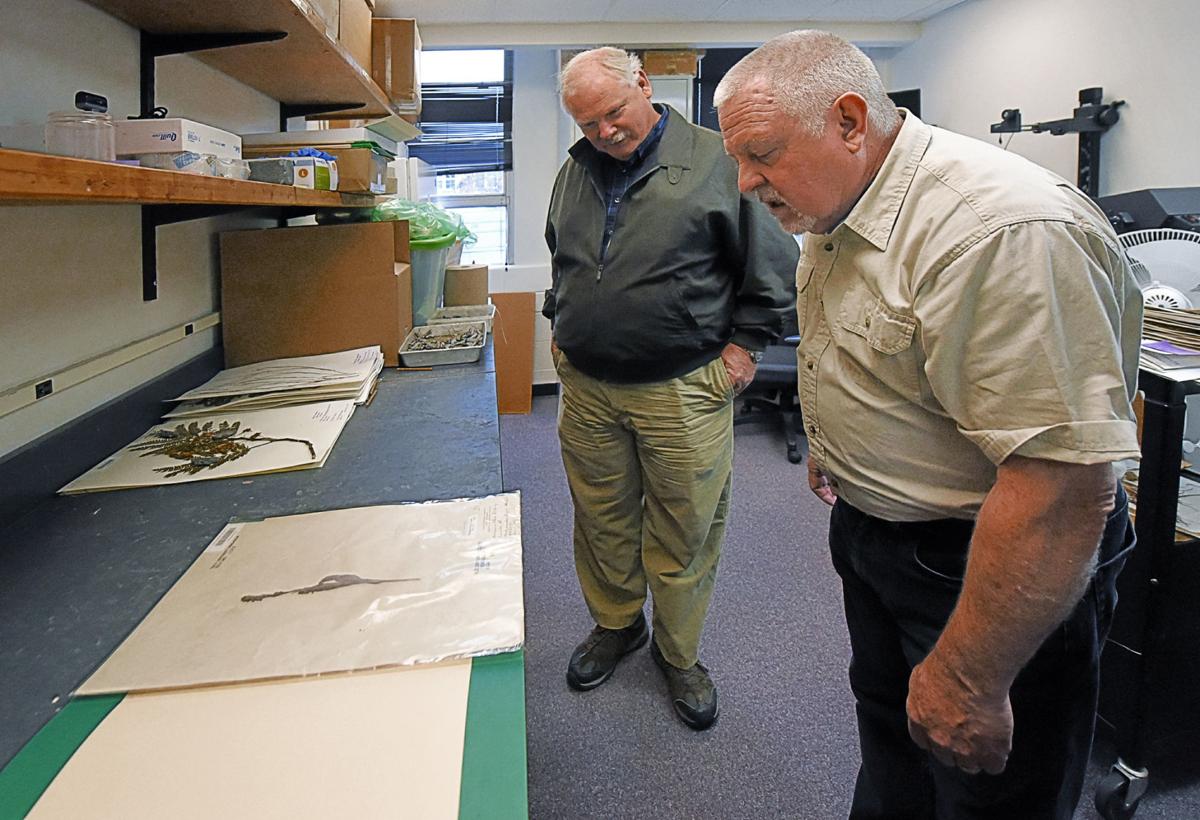 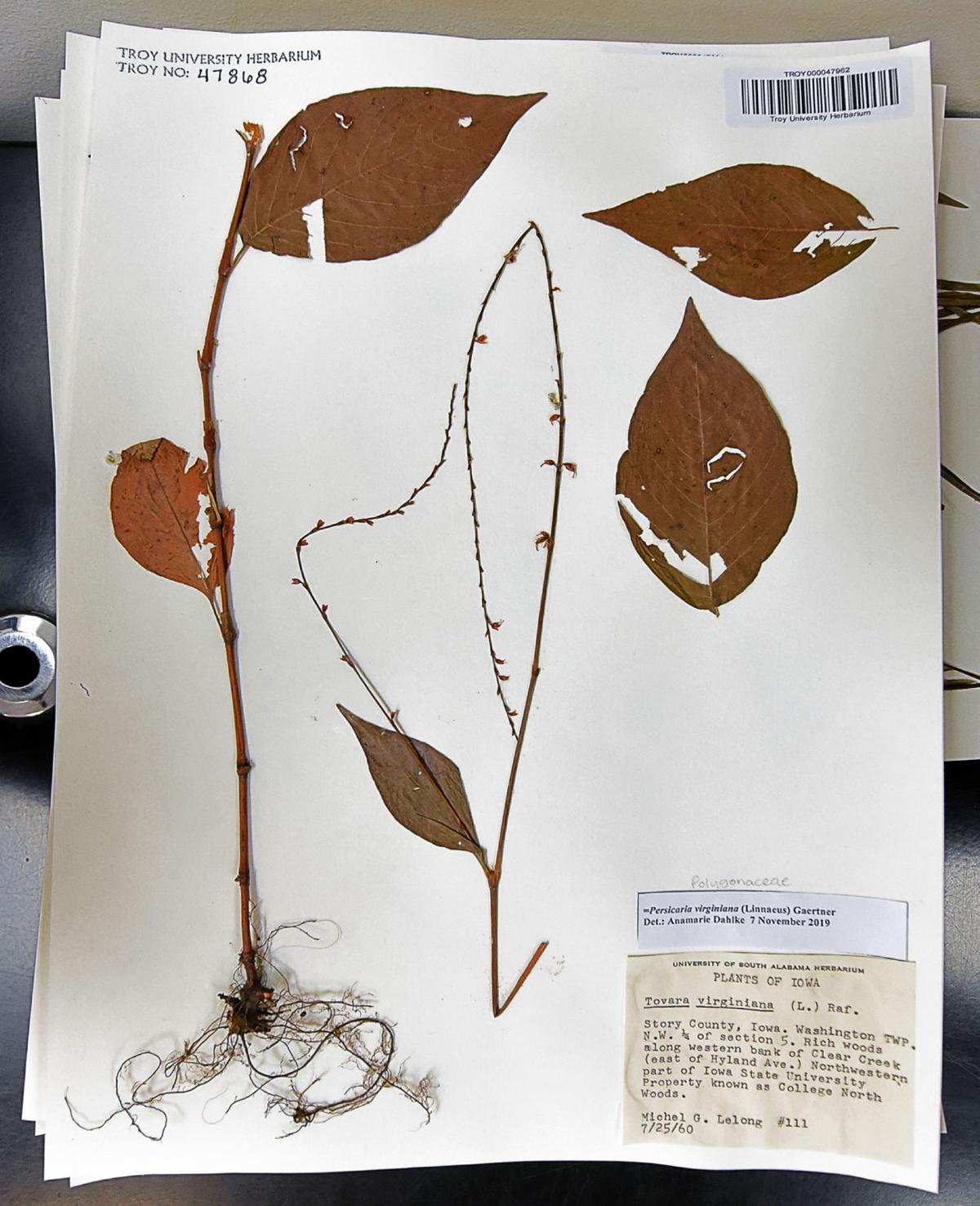 The Troy University Herbarium currently houses a collection of more than 48,000 plants. 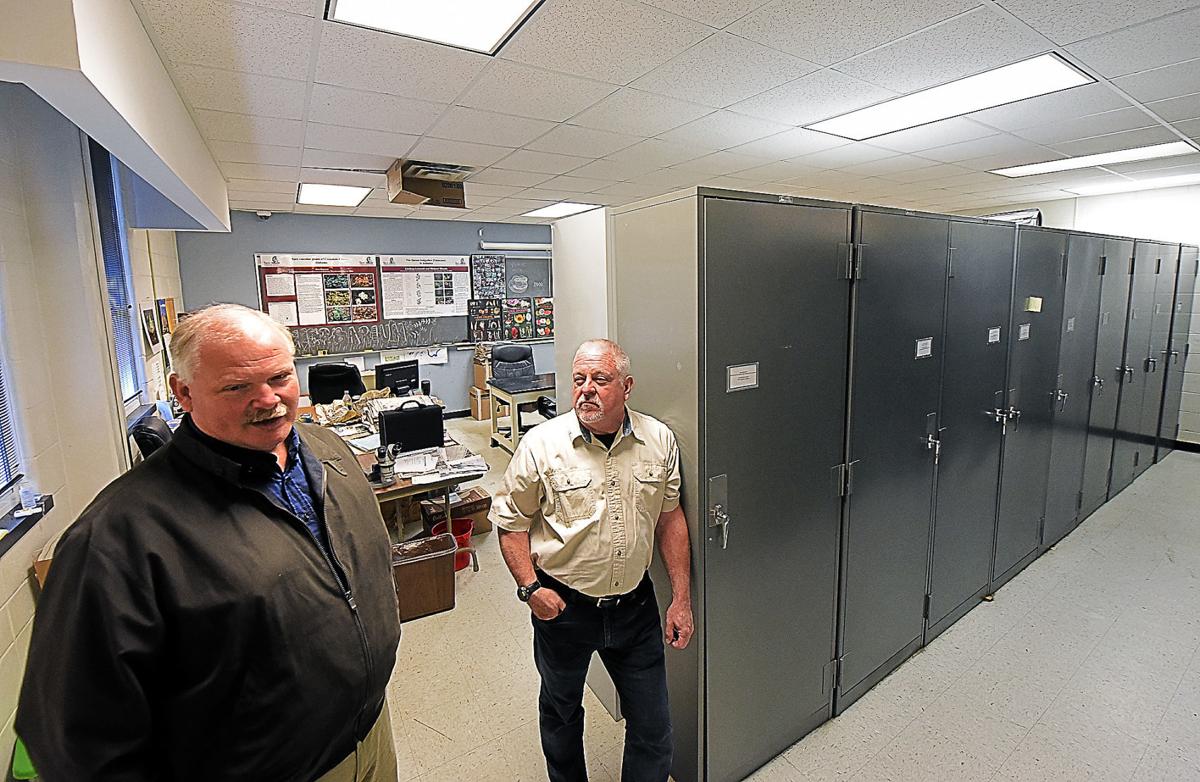 Dr. Alvin Diamond and Dr. Michael Woods talk about expanding the storage capabilities of plants at the Troy University Herbarium.

A research assistant inputs data for a plant specimen at the Troy University Herbarium.

The Troy University Herbarium currently houses a collection of more than 48,000 plants.

Dr. Alvin Diamond and Dr. Michael Woods talk about expanding the storage capabilities of plants at the Troy University Herbarium.

The plant didn’t look like much dried and mounted on herbarium paper.

However, this particular plant is among the more rare specimens in the collection at the Troy University Herbarium. It’s a type of sedge that grows in a depression pond. It likes a disturbance in the water to help its seeds germinate.

“This particular pond had an alligator in it,” said Dr. Alvin Diamond, an associate professor of biology at Troy University.

Collected in Covington County, the sedge specimen is the first and only known collection of this type in the state of Alabama.

Located in the math and science complex on the Troy campus, the Troy University Herbarium has become one of the fastest-growing collections in the Southeast. Maintained by the university’s Department of Biological and Environmental Sciences, the department will be able to double the storage capacity of the herbarium with a National Science Foundation grant totaling $195,359. Diamond and fellow biology professor Dr. Michael Woods wrote the grant for the expansion project.

A herbarium is a collection of preserved plant specimens and the data associated with the specimens used for scientific study. Troy’s herbarium is housed in two rooms — one where specimens are dried in a heater, mounted to paper and cataloged. A second room houses the 36 cabinets currently used to store the collection.

Once specimens are dried and mounted on the acid-free herbarium paper, they will remain preserved that way without any yellowing or breakage for decades to come.

“We have specimens collected from the 1800s in our herbarium,” Woods said.

In addition to the specimens that are collected, the Troy herbarium exchanges specimens with other herbariums, especially when they have multiple specimens of a plant. That way, Woods said, if one specimen is lost, another one can be found somewhere else.

Troy’s herbarium now houses nearly 50,000 plant specimens ranging from ferns to trees from Alabama and around the world. It is also home to the largest collection of plant specimens from the state’s Wiregrass region — which is one of the most biodiverse areas in the state even though the plant that gave the region its name has been virtually wiped out.

But Troy’s herbarium has wiregrass specimens.

“There’s very little wiregrass left anywhere in Alabama other than on public lands like the Conecuh State Forest or the Geneva State Forest,” Diamond said. “Most people think Bermuda grass or bahiagrass is wiregrass.”

The Troy herbarium was initially started in 1954, but by 1988 the collection had become dormant. Diamond and Woods re-established the herbarium in 1997.

The National Science Foundation grant enables the purchase and installation of a new compactor storage system, two new computers, and a new camera and macro lens to capture images of plant specimens.

The new storage cabinets will be attached to a track system, allowing them to be pushed together and eliminate the rows between each bank of cabinets. As a result, the herbarium will have 72 storage cabinets in basically the same physical space as the current 36 cabinets. The new storage system should be fully installed by the end of February, but it will take two years to transfer the plant specimens into the units.

The older cabinets will be donated to the University of West Alabama in Livingston for use in the herbarium located there.

A lot of care has to be taken with the specimens. When one is removed for research, it must go into a freezer before it can be returned to the stored collection to kill any tiny insects the specimen might have encountered during its outing.

Woods said that when they begin transferring the collection to the new storage system, the specimens will be carefully handled and filed. Specimens will stay in an upright freezer for at least 24 hours before going into the new cabinets.

The grant will also pay for Troy’s herbarium curators to conduct workshops on plant identification and classification for the Alabama Science in Motion program and the Alabama Math, Science and Technology Initiative.

Two undergraduate research assistants have been hired to help with imaging and putting the collection in a database and adding it to the online Alabama Plant Atlas. Having such a digital record provides access to the plant specimens whether you’re at Troy University or not.

Troy’s entire collection is digitized thanks to a previous grant from the National Science Foundation. Each specimen is labeled with its scientific name, who collected it and where it was collected. Photos are taken of specimens and bar codes are added so that the digitized information is always connected.

If you wanted to know where a plant grows, you can look it up. If you’re doing research on invasive plants and tracking their spread, you can look up specimens to determine where they were found in one decade compared with another. Or, if wanted to do climate research on flowering and fruiting changes over time, you can look up specimens. And if you need to identify a plant found at a crime scene but the plant is not from the surrounding area, the herbarium could have the specimens and can help narrow down locations.

“It’s basically up to your imagination as to what sort of projects you could use them for,” Diamond said.

And the herbarium is a way to keep a record of plants should they become endangered, as some in the collection now are, Woods said.

“There are specimens that have been collected one time and not seen again,” he said.