An artist rendering shows how Seagrass Village, a senior living community, will look. Development plans are up for approval at the Dothan City Planning Commission Meeting on Wednesday, May 20.

Development plans for a stayAPT Suites extended stay hotel on Hospitality Lane is on the Dothan Planning Commission's agenda on Wednesday, May 20. 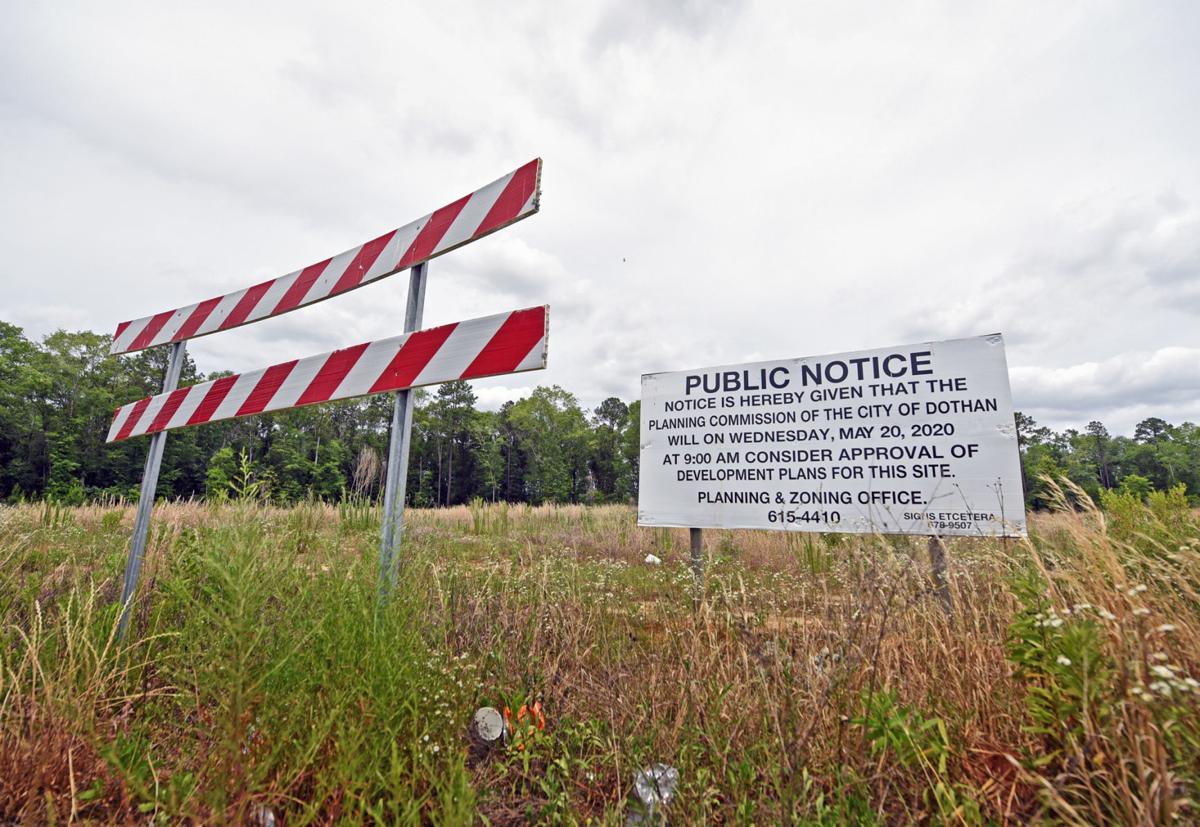 A public notice sign from the Dothan City Planning Commission is shown at the site of new development near Westway shopping complex.

An artist rendering shows how Seagrass Village, a senior living community, will look. Development plans are up for approval at the Dothan City Planning Commission Meeting on Wednesday, May 20.

Development plans for a stayAPT Suites extended stay hotel on Hospitality Lane is on the Dothan Planning Commission's agenda on Wednesday, May 20.

A public notice sign from the Dothan City Planning Commission is shown at the site of new development near Westway shopping complex.

A Florida development group’s proposal to build an 18-acre senior-living community next to Westway shopping center will have its plans before the Dothan Planning Commission this week.

The senior-living village is just one of several projects for the city’s west and north sides, including a new hotel, apartment complexes and storage facility, that city planners will review Wednesday.

Sage Development Group, based in Panama City, is hoping to bring 107 units with single-story villas and an apartment building for residents who are 55 and older to the property site.

The site for the future Seagrass Village is beside the Westbrook subdivision surrounded by undeveloped property.

City senior planner Frank Breaux said there are no current development plans for the remainder of the lot.

There are five other similar Seagrass Village communities in northern Florida and Gulf Shores, offering independent- and assisted-living options. The communities offer services and programs to complement the lives of their senior residents.

The development company said it would not be able to provide a statement until after the plans are approved.

Plans to build an extended-stay hotel, stayAPT Suites, at Plum Road and Hospitality Lane just north of the Northside Walmart, are on the agenda. If approved, the 59-room hotel will join four other hotels in the immediate area — Hampton Inn and Suites, Hilton Garden Inn, Sleep Inn and Suites, and Residence Inn by Marriott.

Several sets of plans to build new apartments or add to existing complexes are also on the commission’s agenda.

Cottages of Dothan is in the process of annexing 19.91 acres of unincorporated Dale County land on the northeast corner of Bethlehem and Murphy Mill roads into the city of Dothan. It is requesting rezoning of the land, pending annexation, so it can increase its number of detached apartments and cottages.

An application to build a small apartment complex on Edgefield Drive, next to the Chapelwood subdivision, also is on the agenda.

Mark Dennis is proposing to build three two-story buildings with a total of 24 units.

The proposed site is near the old Sony plant, which may get new life if Dennis’ proposal to build a boat and recreational vehicle storage facility on the southern portion of the site is approved.

Plans include a 26,822- square-foot facility on Nypro Lane south of the X-treme Air trampoline park.

A larger apartment complex also is planned on a 3.35-acre parcel on Kelly Springs Road just south of the Alabama state trooper/Department of Motor Vehicles office.

The applicant intends to build 56 units for multi-family housing at the Pines for Harwick Apartments. Most are one- or two-bedroom apartments; 16 are three-bedroom units.

The Planning Commission will meet at 9 a.m. Wednesday in the Dothan City Commission chambers with safety precautions. The protocols adhere to guidance from the Alabama Department of Public Health and include:

» Anyone planning to attend the public hearings will be required to assemble in the lobby area on the second floor of the Civic Center.

» Appropriately spaced seating will be provided.

» Each public hearing will be transmitted via live video and audio feeds to the second-floor lobby of the Civic Center.

» As each case is called, the applicant will be asked to join the Planning Commission in the City Commission chambers.

» Anyone from the public wishing to address the Planning Commission on a specific case will be given an opportunity to do so.

» In the interest of safety, the city is asking participants to keep the number of people in the group to a minimum. Each group will designate a representative, who can relay questions, comments or concerns.

Questions can be directed to the Planning and Development Department at 334-615-4410.