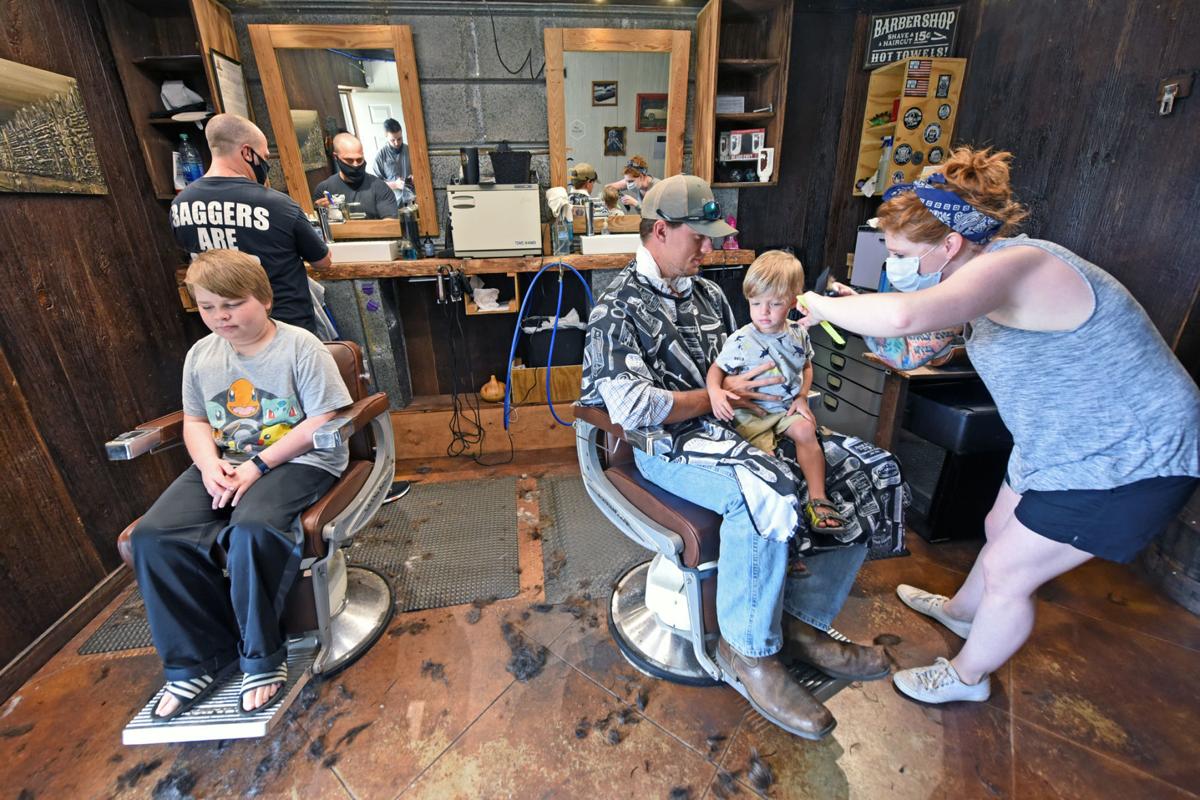 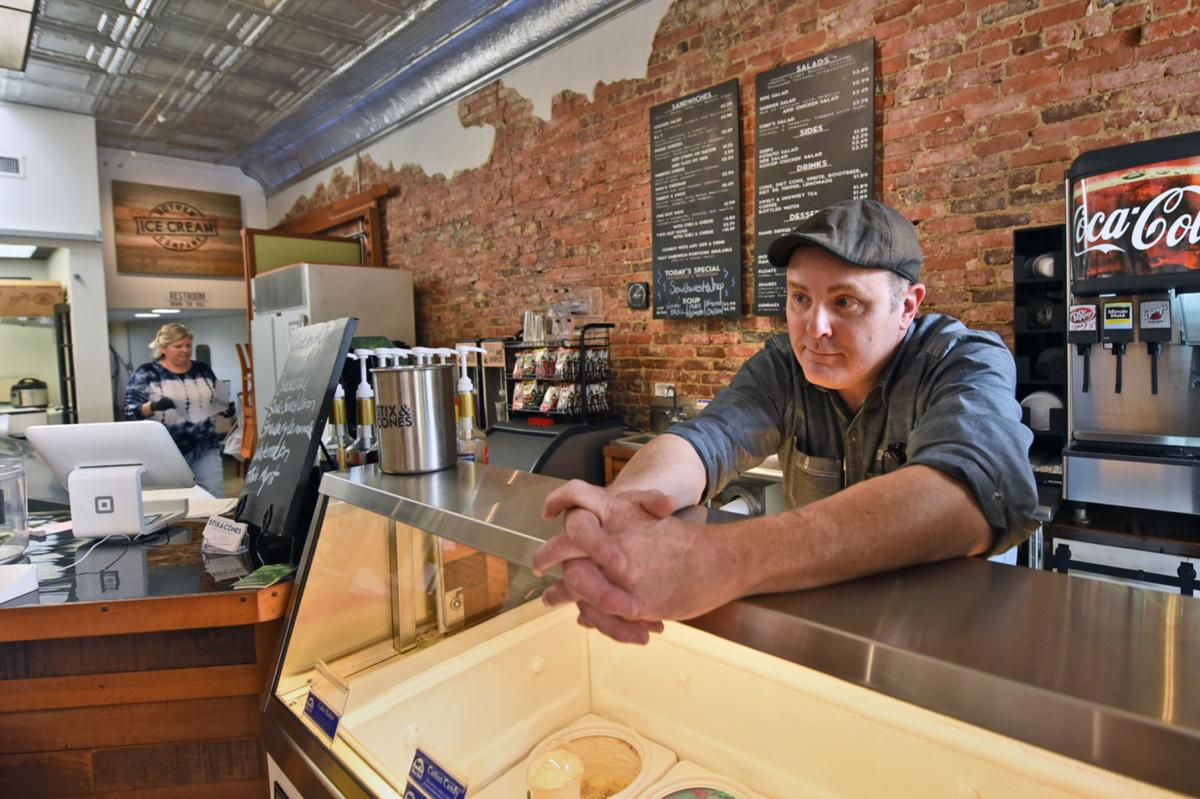 Brett Smith of Stix and Cones talks about adjusting and operating his business during the pandemic on Friday. 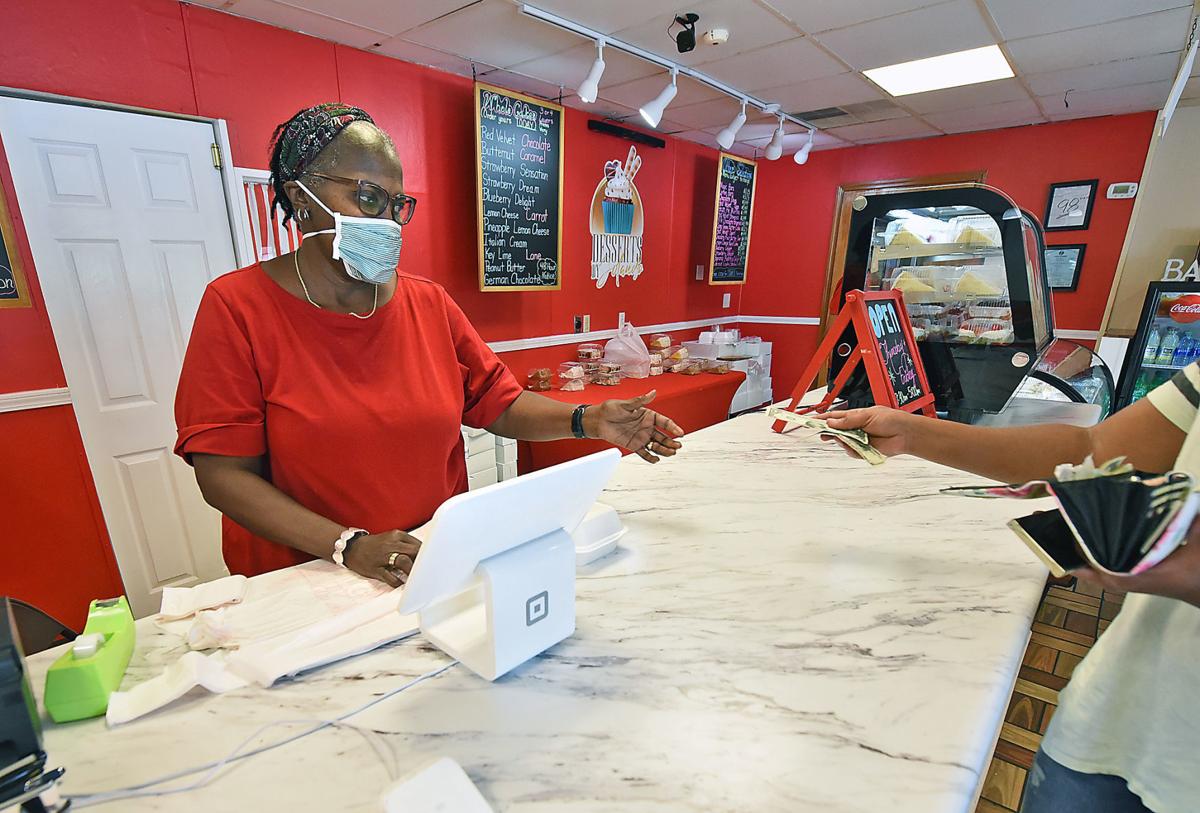 Marie Bradley checks out a customer at Desserts by Jolando on Friday. 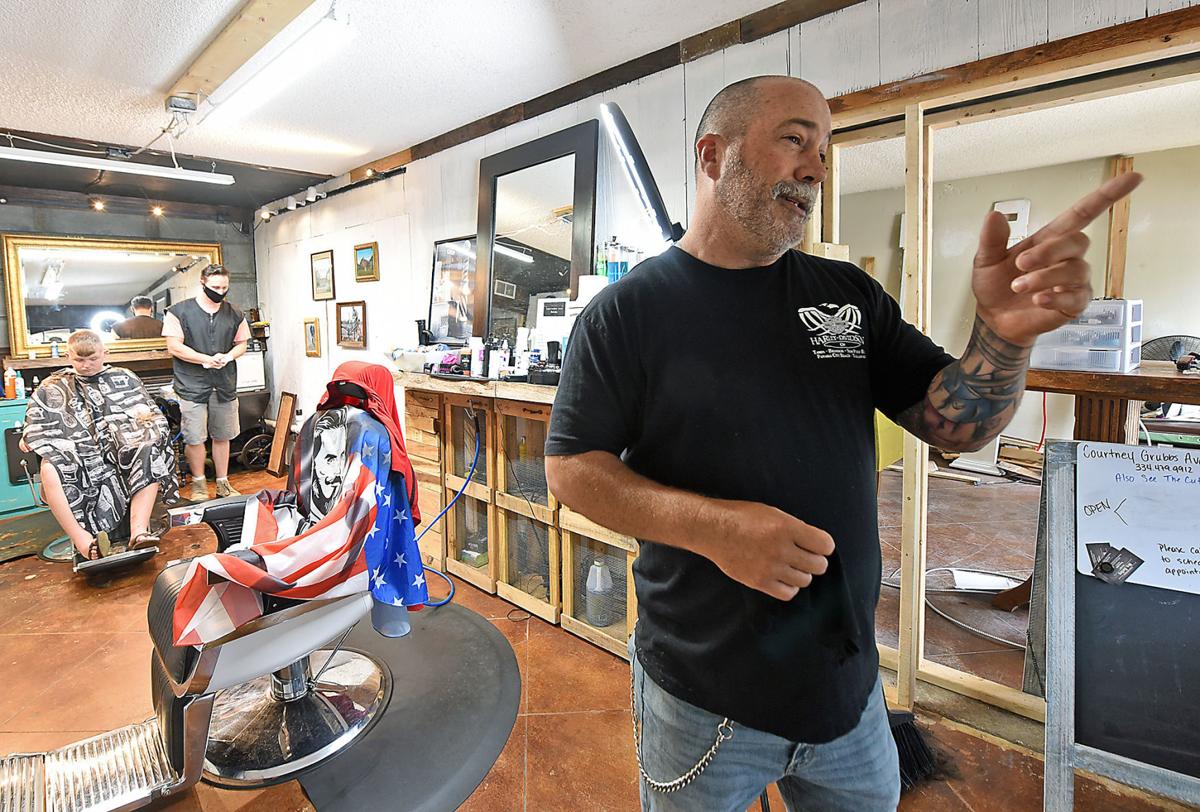 Southern Man Barbershop owner Chris Cruse talks about the adjustments his business has made after reopening during the pandemic.

Brett Smith of Stix and Cones talks about adjusting and operating his business during the pandemic on Friday.

Marie Bradley checks out a customer at Desserts by Jolando on Friday.

Southern Man Barbershop owner Chris Cruse talks about the adjustments his business has made after reopening during the pandemic.

Naps became a part of the workday for restaurant owner Brett Smith during the weeks of pandemic restrictions and closures. The anxiety surrounding the future of his family’s business, Stix & Cones, was physically exhausting.

Each day, Smith and his wife would finish their work at the ice cream and sandwich shop in downtown Dothan, go home and crash for about 30 minutes.

“It was mentally taxing to where it exhausted us,” Smith said. “It was tough in that regard. We’re now finding a new normal.”

Alabama’s stay-at-home order, designed to slow the spread of the coronavirus illness COVID-19, closed the dining rooms of restaurants across the state, although restaurants could operate as a curbside or takeout business. Hair salons and barbershops, retail stores, massage parlors and fitness centers were shut down completely for about two months.

The state’s restrictions were loosened Monday, and many of the businesses forced to close have been allowed to reopen under strict social-distancing and sanitizing requirements. Entertainment venues and nightclubs are still closed. The limit on people attending public gatherings has been removed, but such gatherings must still maintain a 6-foot distance between attendees who don’t live in the same household.

Stix & Cones remained open during the restrictions and actually found a niche with individual to-go boxed lunches. The meals have been so popular that Smith plans to keep offering them to customers. The restaurant also offered family-size “sidewalk specials.”

Smith said customers really showed their support for his business.

“Honestly, we were overwhelmed sometimes with how people responded in a positive way to support us, either buying a gift certificate or gift card or just coming in and grabbing something to eat,” he said.

A few customers have dined at the restaurant since the restrictions were lifted. So far, people are policing themselves when it comes to social distancing, he said.

“There is a level of caution, and I think that makes sense,” Smith said.

On Thursday, the Census Bureau released the first round of results from its new Small Business Pulse Survey, a weekly emailed survey to gather real-time data on the impact that COVID-19 is having on small businesses. More than half of the 22,449 respondents from April 26-May 2 had seen a large negative impact on their business, and about 30% thought it would be six months or longer before business returns to normal.

Local small-business owners are adapting to a life of social distancing and sanitizing surfaces.

At Southern Man Barbershop on Honeysuckle Road in Dothan, barbers are spread out in three rooms. Customers wait in their vehicles until their barber is ready for them. Mothers send in photos of haircuts for their sons or explain what is wanted standing on the sidewalk outside.

Open seven days a week normally as a walk-in barbershop, Southern Man is now cutting hair only by appointment, owner Chris Cruse said. The shop has been busy since reopening last week.

It was a rough month, Cruse said, but the barbers survived it.

“It’s been crazy. The fact that we’re doing appointment-only, we’re wearing masks, we’re sanitizing everything more than we usually do,” Cruse said. “We’re trying to fit in as many people as we possibly can at this time.

“It’s good though — good to see a lot of familiar faces again and new faces. We’re just trucking along.”

Jolando Butler owns Desserts by Jolando on West Main Street in downtown Dothan. The specialty bakery opened nearly two years ago in a former Subway restaurant and serves cake by the slice. Its signature dessert is lemon velvet cake.

Butler said he thinks more people found his bakery during the pandemic restrictions because they were at home and could visit the bakery before it closes at 5 p.m.

“Since a lot of people are at home now, they were able to come in and patronize,” Butler said.

The bakery reduced its operating hours from three days a week to two days a week during the stay-at-home order and would package phone orders to be ready for customers when they arrived. Butler said the bakery will continue doing call-in orders. For now, he plans to keep operating just two days — Thursdays and Fridays — to be on the safe side.

He has mixed feelings about restrictions being lifted. He’s glad business owners can open and make a living and provide for their families, but he still worries about the unknowns.

“I think we should still have a level of awareness about this situation because there are no vaccinations and things of that nature,” Butler said. “They’re still learning about this. … I don’t think it will ever be business as usual as it has been.”