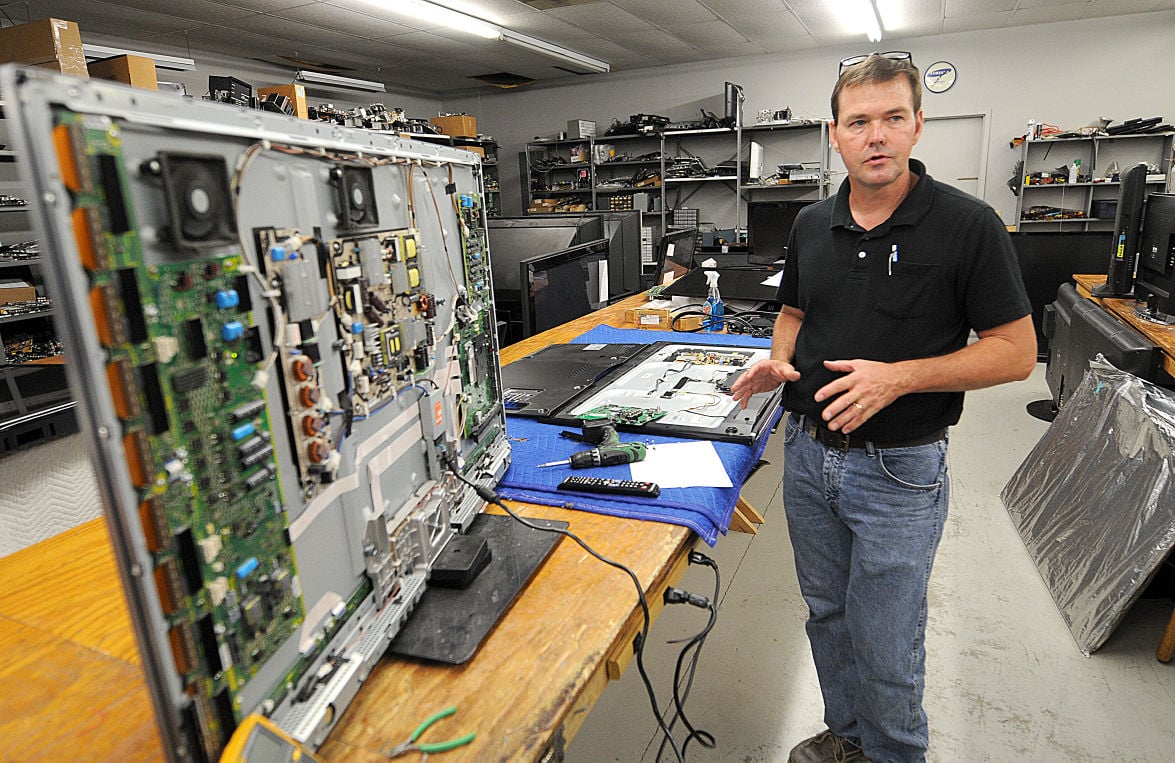 Ray Robinson, owner of Dothan Electronic Service, says sometimes it's cost effective to repair a television rather than throw it away. 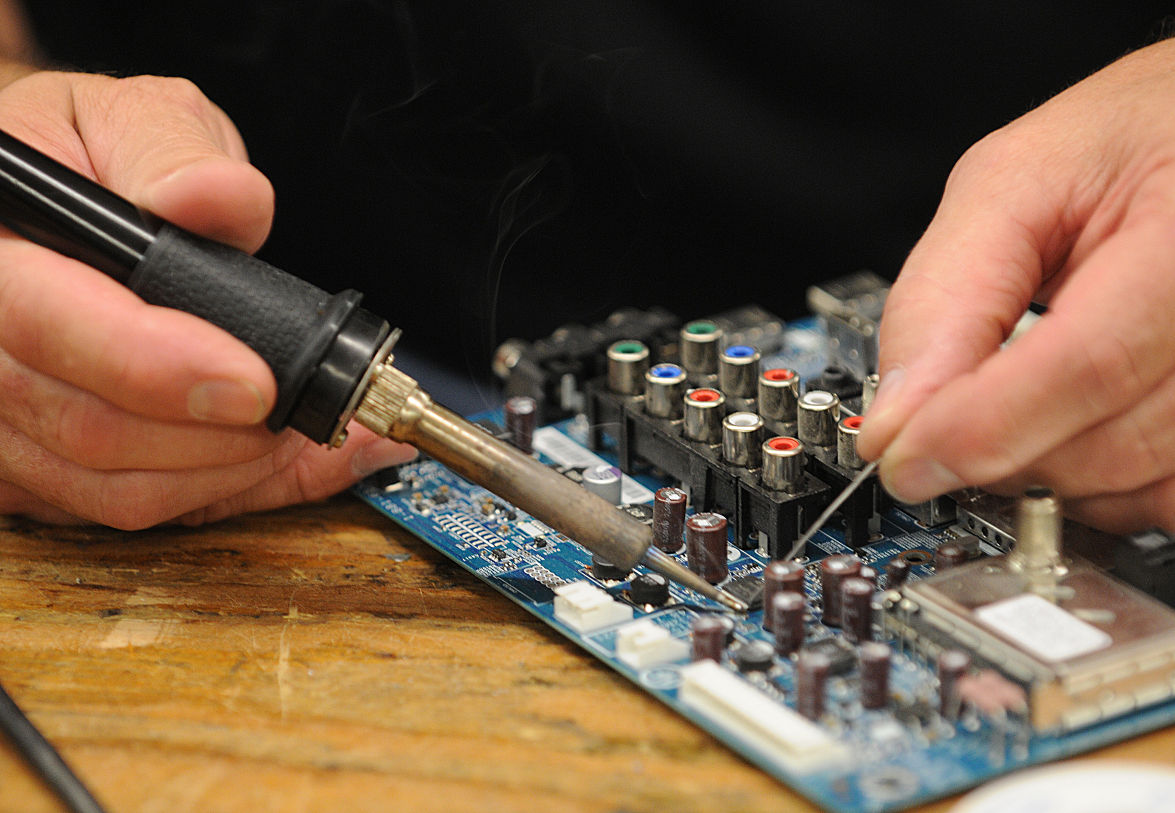 Ray Robinson works on a TV circuit board at his Dothan business.

Ray Robinson, owner of Dothan Electronic Service, says sometimes it's cost effective to repair a television rather than throw it away.

Ray Robinson works on a TV circuit board at his Dothan business.

Sometimes it makes more sense to repair a television than to throw it away.

“Most everything that we take in is feasible to repair,” Dothan Electronic Service owner Ray Robinson said. That includes televisions damaged by lightning or a power surge.

The main issue is whether the repair will cost more than the television is worth.

In recent years, increased affordability has led many consumers to scrap damaged or outdated televisions in favor of new models.

As a result, the number of repair shops decreased nationwide. Robinson’s shop, established in 1970, is one of the few still operating in the area.

When Robinson began working for his uncle in 1980 at age 14, his job was to keep the module caddies and the tube caddies stocked.

They went on service calls in the afternoon.

“We’d do four or five service calls a day and rarely brought one back,” he said. “We did pretty much everything in home.”

He learned electronics theory in high school at the Dothan Vocational Center.

“I learned how the little parts worked and it really made a big difference,” he said.

That gave him an advantage over technicians who knew only how to change tubes and modules.

The shop is an authorized service center for Samsung, LG, Sharp, Sylvania, Hitachi, Sony, Panasonic, Philips and other brands.

He and his wife Cindy, who runs the office, take in a couple of hundred televisions a month at the shop on Hartford Highway. The shop does warranty and service contract work and about 80 percent of their business is walk-in customers.

“Ever since there are no more shops, we really can’t get to it,” Robinson said of the other kinds of electronic work. “We’ve kind of got our hands full (with televisions).”

He tries to repair televisions on a first come, first served basis. Most repairs take about a week. It may take longer if parts have to be ordered.

Most of the diagnostic work is done with a multimeter, which helps determine which parts work and which ones don’t.

Robinson tries to do component level repairs whenever possible. Spending four or five dollars on parts is better than 30 or 40 dollars on a circuit board.

Although today’s televisions are more dependable, problems do occur.

“These days, a service contract, if it’s reasonably priced, is not a bad idea,” Robinson said.

Robinson said in 2008 and 2009, when a lot of companies were suffering because of the economic downturn, the repair business saw an uptick because people were having items fixed instead of buying new ones.

Throwing out a $1,000 television that can be fixed for a couple of hundred dollars doesn’t make good economic sense. The best way to determine if a broken television is worth fixing is to ask someone who knows.

A broken video panel is one of those expensive parts that can’t be repaired, only replaced.

“If I could fix a broken LCD, then I could retire,” Robinson said.