Kaminski and the Alabama Court of the Judiciary reached a settlement, which the parties formalized in a hearing in Montgomery. In the agreement, Kaminski admitted to providing improper benefits to an Enterprise attorney with whom he has had a romantic relationship since June 2017. 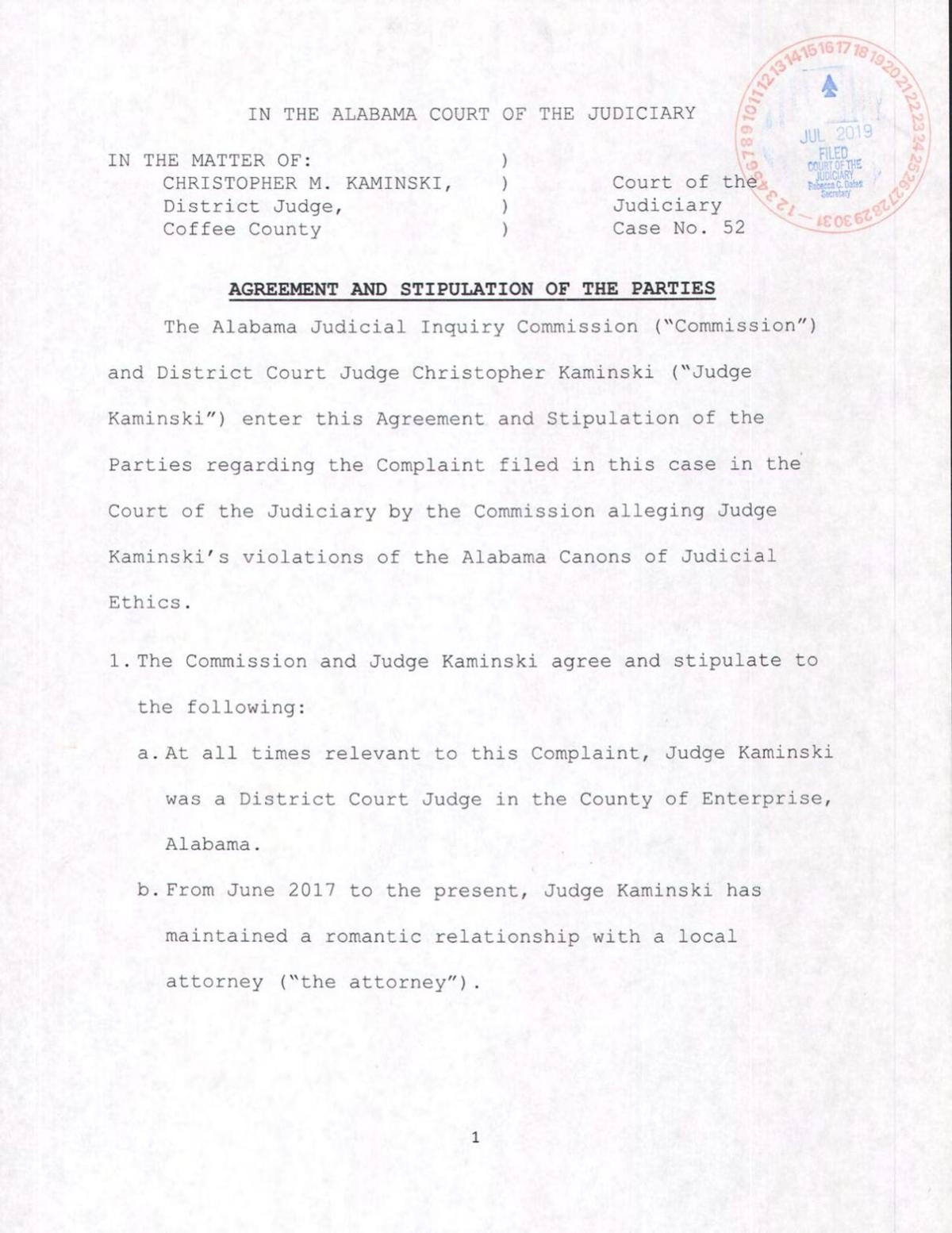 The settlement dismissed the ethics charge that stated he was not “forthright and truthful” during the Judicial Inquiry Commission’s investigation of the allegations against him. As part of the agreement, Kaminski vows to never vie for a judicial position in the state. Kaminski resigned from his judgeship on July 16, the day the Court of the Judiciary announced the allegations against him.

In the agreement, Kaminski agreed that he indeed had a romantic relationship with a local attorney who frequently practiced in his court. The relationship became public several months later after a divorce between Kaminski and his former wife was made final.

Kaminski also admitted to appointing the attorney to cases, taking judicial actions in cases where she was an attorney of record, entered attorney fee declarations to her benefit, and failed to disqualify himself from cases in which she was involved even after their relationship became public. 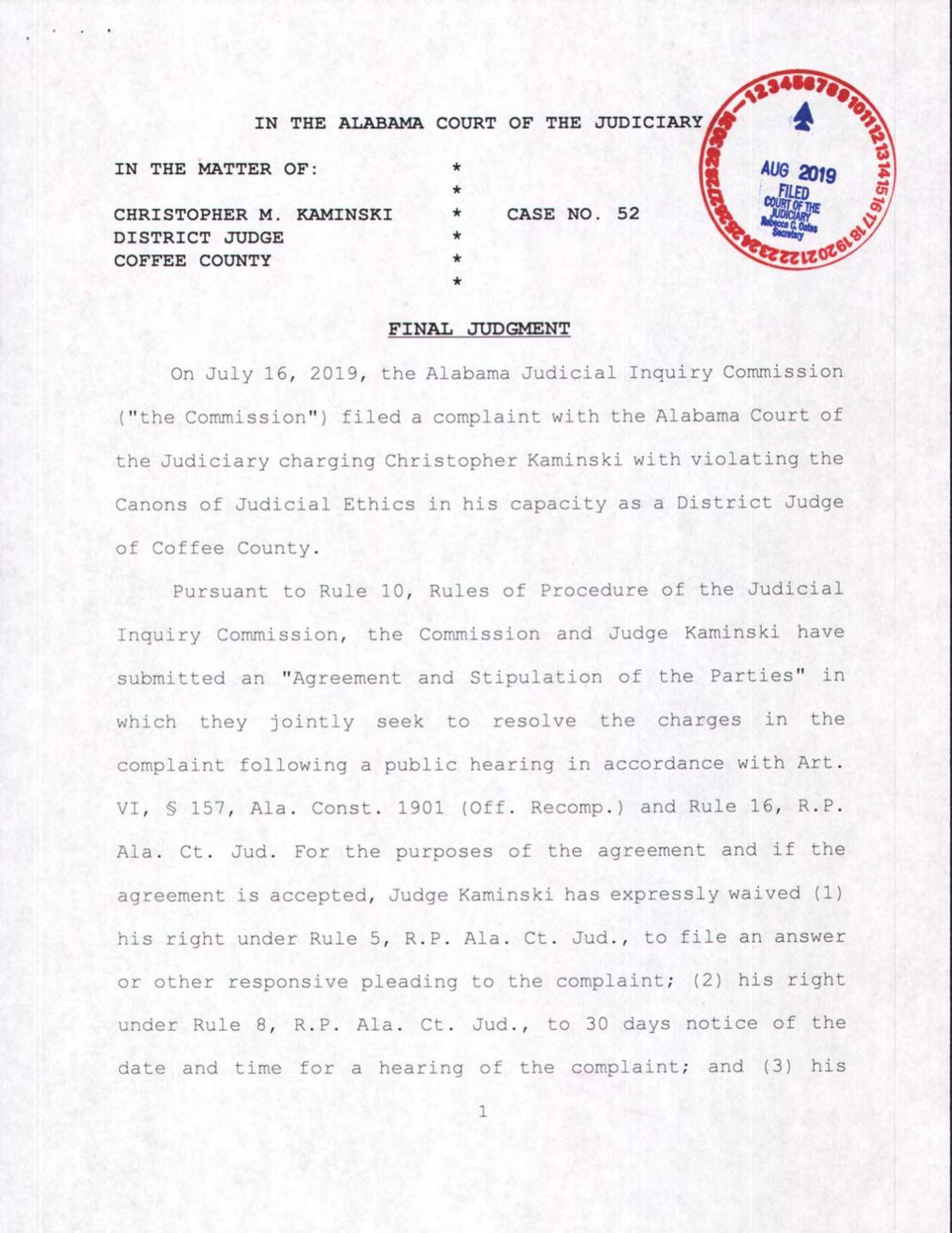 In another action, he stipulated he did use the “prestige” of his office to gain access to courtroom surveillance footage in an effort to disprove a rumor about him and the attorney.

The investigation into Kaminski’s behavior began after the Judicial Inquiry Commission received a complaint in September 2018 alleging that Kaminski started a romantic relationship with the attorney, whose name was redacted in the report, no later than June 1, 2017.

Kaminski also approved 47 fee declarations for the attorney, money granted to attorneys for services rendered to those who cannot afford their own attorneys.

As part of the settlement, the Court of the Judiciary ruled Kaminski violated Canons 1, 2, 2A, 2B, 2C and 3C(1) of the Canons of Judicial Ethics – tenets that address integrity, avoiding the appearance of impropriety, and using the prestige of his office to advance private interests. The court ordered him to pay prosecution costs of $2,346.67 and imposed the ban on future judicial offices for Kaminski.

The Alabama State Bar maintains jurisdiction over the conduct of former judges and would “more likely than not” consider its own investigation into the types of ethics charges Kaminski faced, said Roman Shaul, the organization’s general counsel. Shaul could not confirm if the state bar had launched an investigation into Kaminski’s behavior.

Penalties the bar can administer include public or private reprimands and total disbarment, Shaul added.

After Kaminski’s resignation, Gov. Kay Ivey’s office will have the ability to appoint a judge to fill the vacancy. Kaminski himself was a gubernatorial appointee under Gov. Robert Bentley and won election to a full term in 2016.