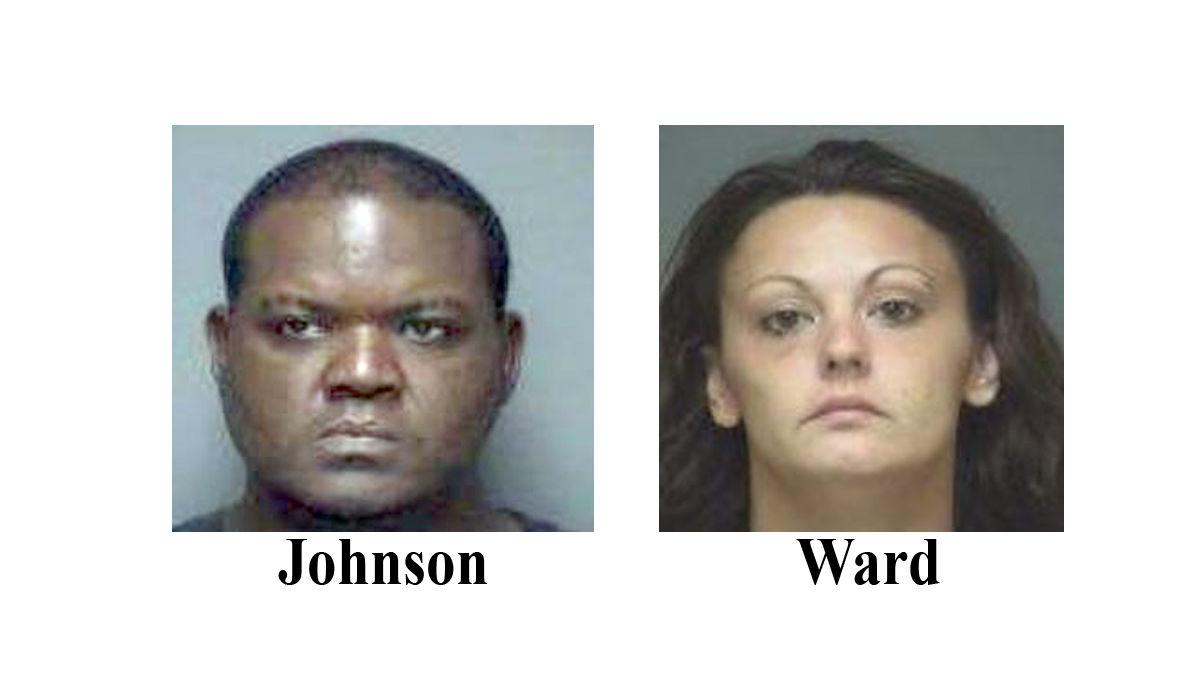 Police arrested a Missouri couple with a stolen car at a Dothan Motel 6 Tuesday.

Police say the couple was located in the parking lot of Motel 6 on the Ross Clark Circle Tuesday evening inside a 2008 GMC Acadia reported stolen in Missouri.

“Officers were doing their routine patrol of local motels in the area when they spotted a vehicle matching the stolen vehicle’s description,” said Dothan Police Lt. Lynn Watkins.

Johnson and Ward were transported to the Houston County Jail. Both have a $30,000 bond.