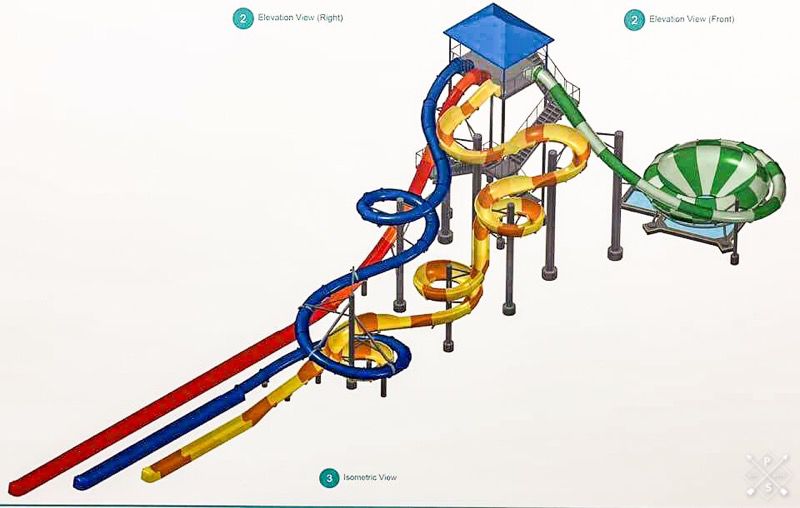 Artist rendering of new slides coming to Waterworld Dothan in 2020. 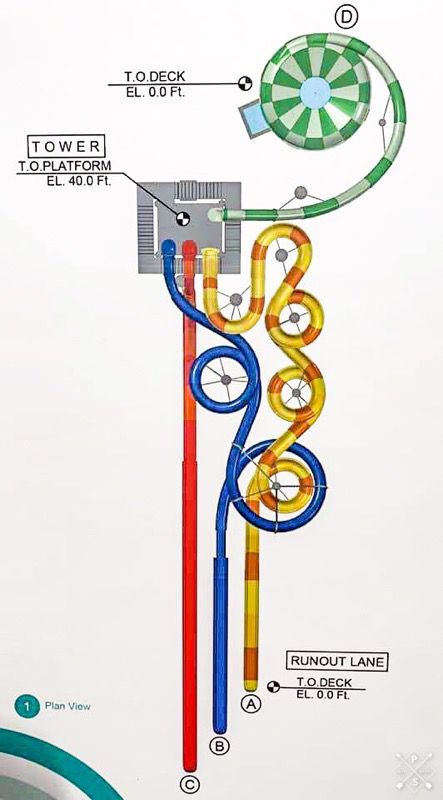 Artist rendering of new slides planned for Waterworld Dothan in 2020.

Artist rendering of new slides coming to Waterworld Dothan in 2020.

Artist rendering of new slides planned for Waterworld Dothan in 2020.

The request to purchase four new slides for Water World Tuesday drew a few enthusiastic “Yay!” responses from Dothan city commissioners even before they had officially voted.

The Dothan City Commission unanimously approved the request to purchase a bowl slide and a triple-flume fixture from Splashtacular for $585,000. The commission also approved a $195,000 contract with Barge Design Solutions for architectural, engineering, and consultation services for the project.

Dothan Public Works Director Charles Metzger, whose department is assisting with the initiative, said he anticipates construction on the project to begin in February with the hope of finishing the project in time for a Memorial Day weekend opening next season.

Discussion about upgrades to Water World began late last year when officials determined the triple-flume slide – an original fixture at the 39-year-old city-operated park – could not be safely used this past summer. Commissioners approved the hiring of a consultant to assess the park’s current amenities and future potential.

The consultant, Aquatic Design Group, called Water World “a diamond in the rough” given its potential for expansion and outlined a three-phase plan for group. A new triple-flume slide anchored the first phase, estimated to be between $1.3 and $1.5 million.

Some commissioners, including District 5’s Beth Kenward, suggested melding different aspects of each phase into the city’s first efforts to revamp Water World. The result is that commissioners voted to include a bowl slide – one of the third phase hallmarks – on Tuesday.

“I would like to see us bite off a few other things in addition to Phase 1,” she said in a June work session. “My family has to drive to Valdosta to do (something like) this, and we do it every summer. I would rather do it in my backyard.”

City officials included $2.7 million for Water World upgrades in the capital projects plan for the next fiscal year, suggesting the commission could approve other enhancements in the near future. Additionally the purchase price of the slides beat budget estimates, so the city could have an extra $200,000 left to invest if the construction contract meets budget projections, Metzger said.

“We do have some wiggle room at this point to add some amenities since we’re under budget so far,” City Manager Kevin Cowper said.