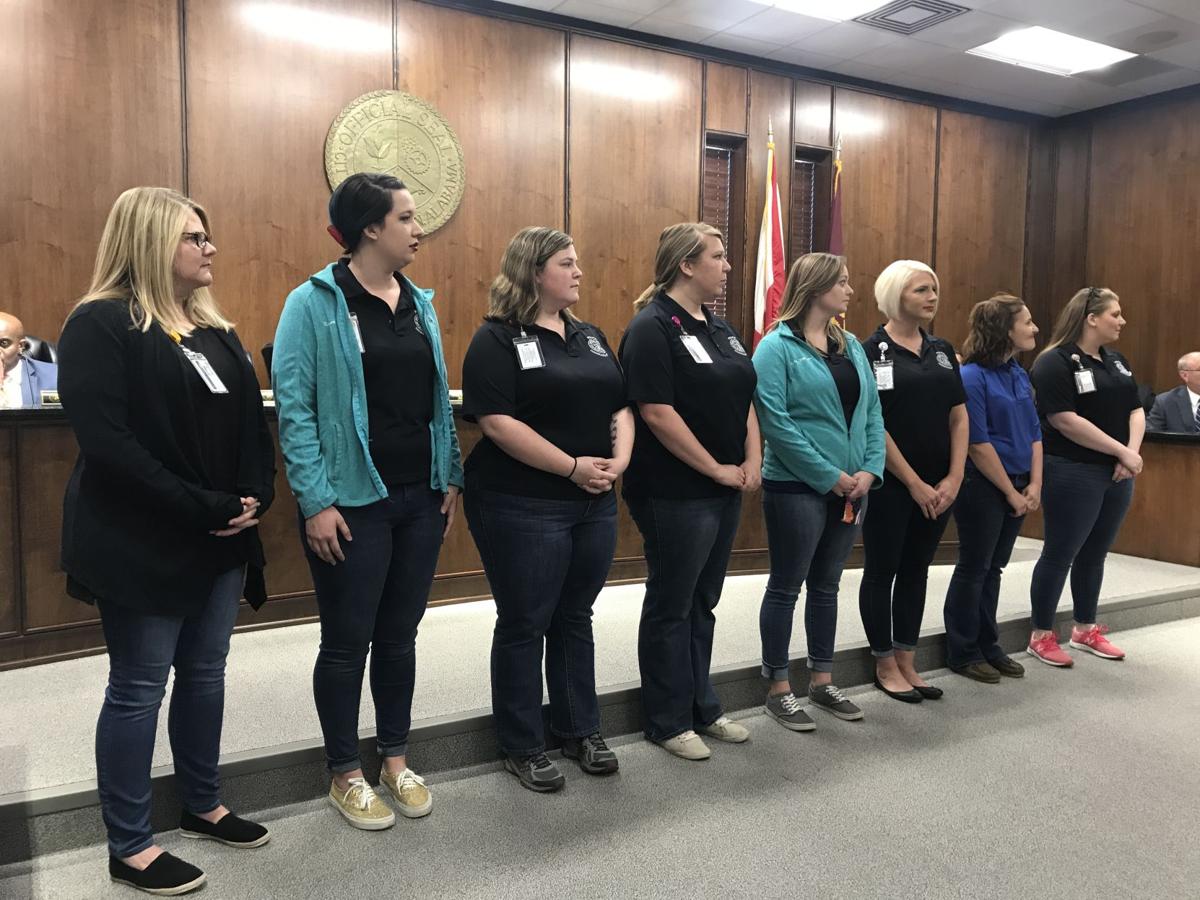 The Dothan City Commission recognized the city’s public safety dispatchers with a proclamation read during Tuesday’s meeting at the Dothan Civic Center. 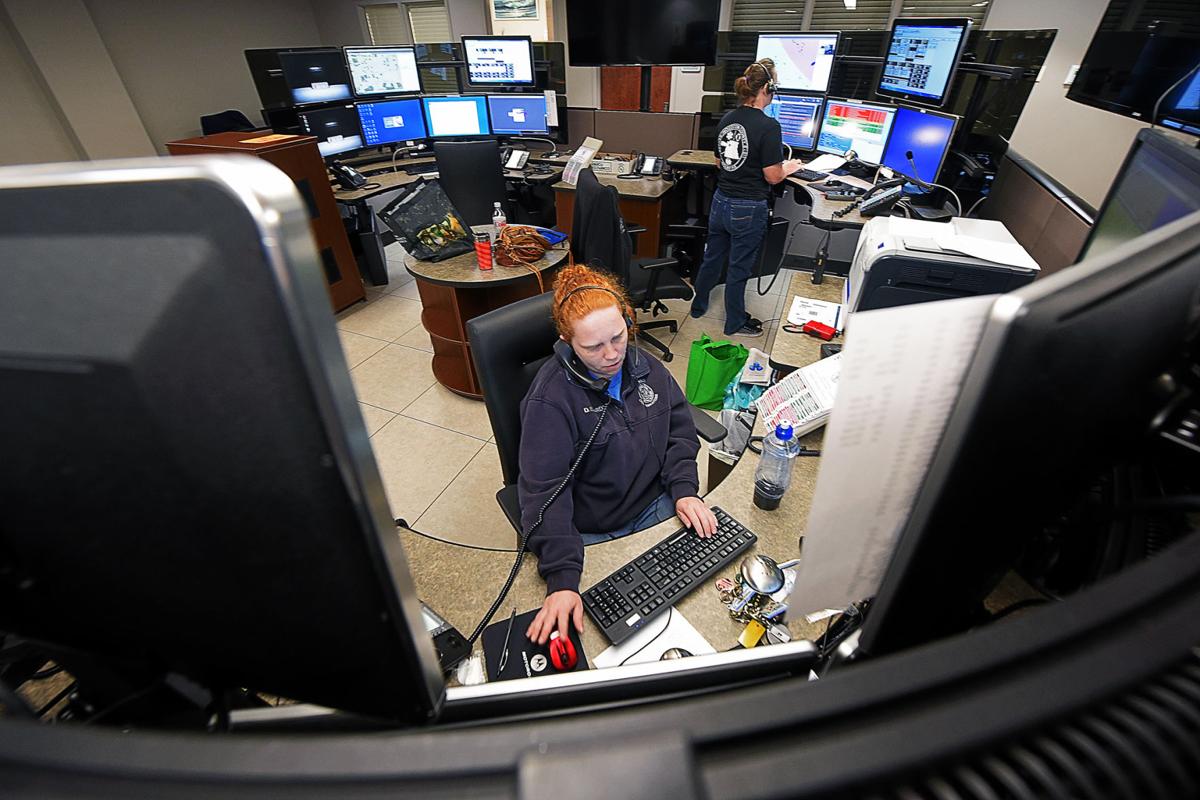 The Dothan City Commission recognized the city’s public safety dispatchers with a proclamation read during Tuesday’s meeting at the Dothan Civic Center.

The tasks a public safety dispatcher tackles each time an emergency call is made seem innumerable, which is a reason city officials honored them Tuesday.

Jarrett said her department has 34 positions, though some vacancies do exist currently. In 2018 dispatchers entered 170,877 calls into the system, though emergency responses were not needed in all instances.

“Multitasking is one of the key abilities of a telecommunicator,” he said. “They have to type while talking on the phone, passing notes across the office and going over the steps of CPR. They are the unseen but often heard calm during the storm.”

Parrish said training for dispatchers involves a “checklist” of standards and is a lengthy process. Technological advances, like texting and triangulating calls, have caused the role to evolve throughout the years.

“They have to know all that stuff and be proficient in keyboarding and sound judgment,” he said, noting dispatchers endure high levels of stress due to the nature of some calls. “It takes a special person to be a public safety telecommunicator.”

Jarrett told commissioners she and her department appreciated the recognition.

In action items, the commission:

>> Rezoned 153 parcels of land in and around the Newton-Burdeshaw-Cherry-Adams-Range (NBCAR) Historic District from heavy and light industrial designations to B-1 (central business) districts.

>> Awarded a bid for right-of-way landscaping along Ross Clark Circle and several sections of U.S. Highway 231 South, U.S. Highway 84 East and West and U.S. Highway 431 North to Gulf Breeze Landscaping, LLC, of Gautier, Mississippi for $137,520. The city will still maintain areas where crepe myrtles have been planted.

>> Accepted a $6,946 grant from the State of Alabama Mutual Aid System for the purchase of equipment, training, and supply replacement for the city’s hazardous materials team, the heavy rescue team, and the swift water rescue team.

>> Entered into a lease agreement with Camp ASCCA (Alabama’s Special Camp for Children and Adults) for lodging, programming, and nursing services for special needs campers from May 21 to May 24.

>> Appointed Christopher Jones to the Recreation Board.

We hear a great deal about first responders, the men and women on the front lines of emergency work. They’re valuable members of our community…