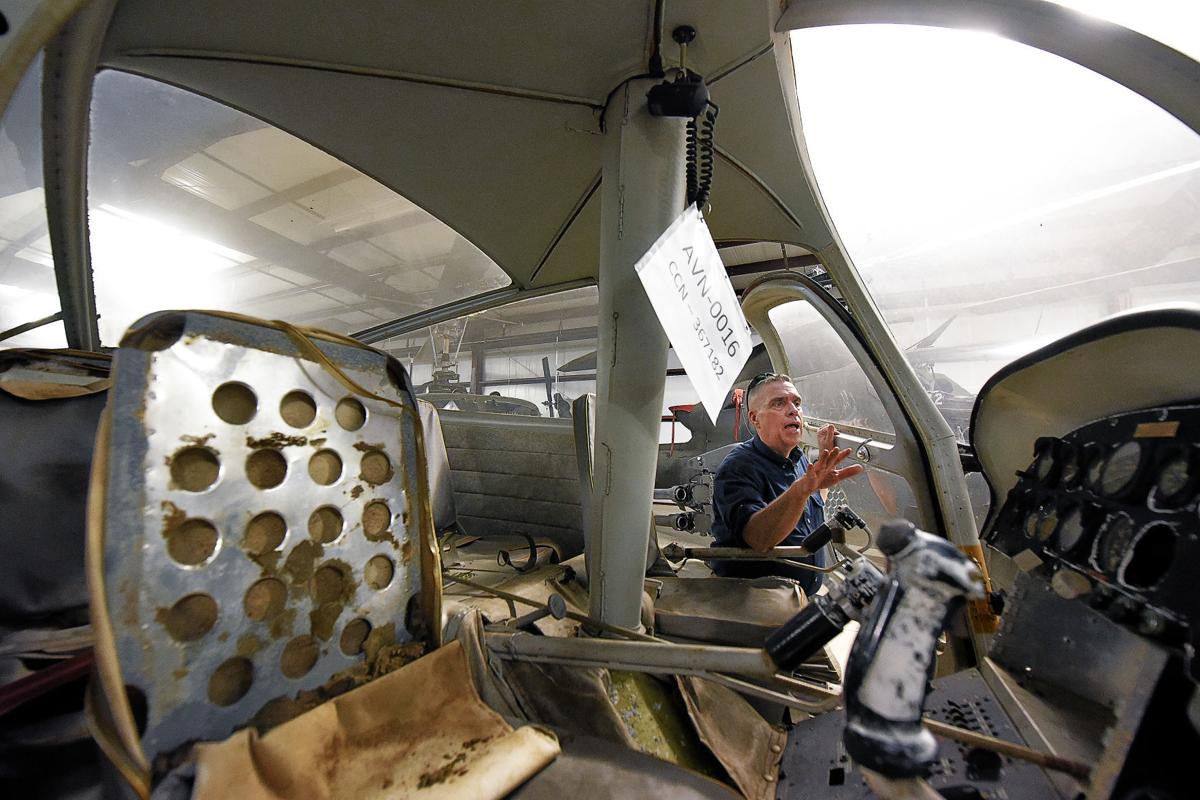 Bob Barlow, former aviator and U.S. Army Aviation Museum volunteer, talks about the restoration process on the Cessna YH-41A "Seneca" helicopter inside of a storage hangar at the museum on Friday. 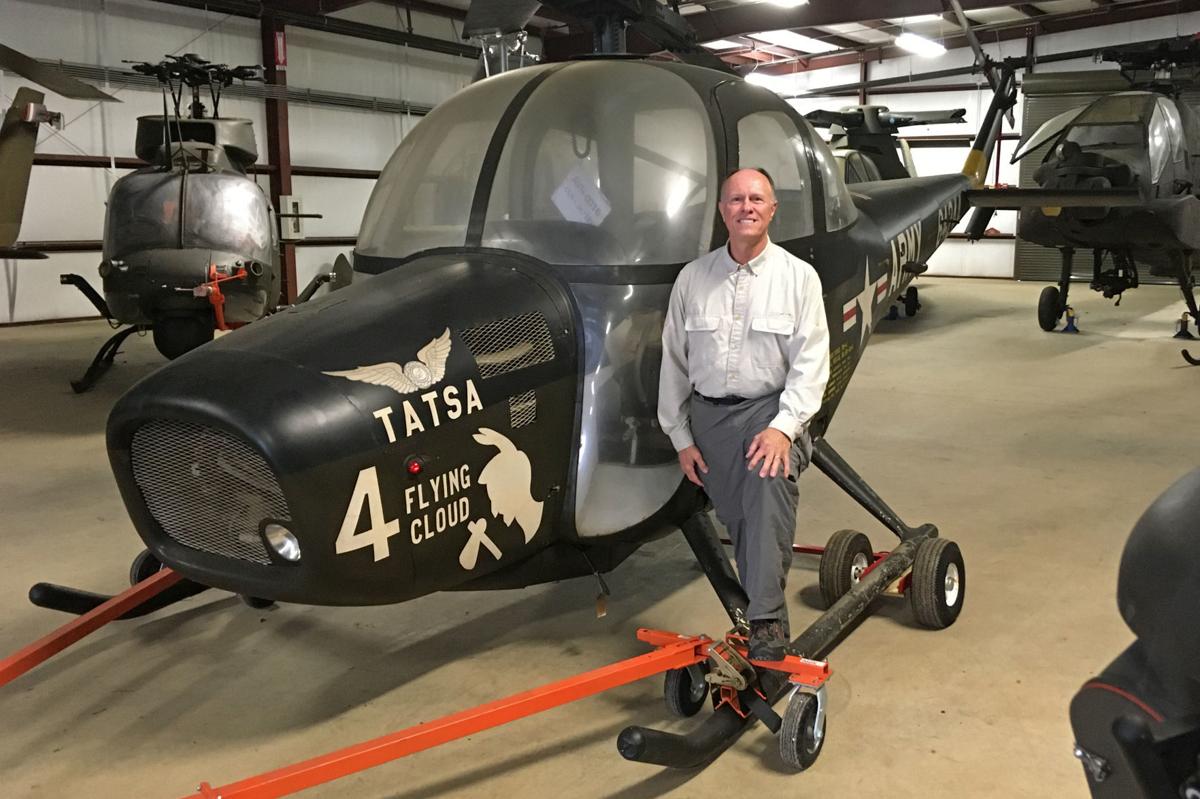 Bob Barlow, former aviator and U.S. Army Aviation Museum volunteer, talks about the restoration process on the Cessna YH-41A "Seneca" helicopter inside of a storage hangar at the museum on Friday.

Army Aviation Museum Foundation board member James Bullinger is combining his love of mountain climbing with a fundraiser.

Bullinger will be climbing Cotopaxi, Ecuador’s second-tallest volcano, in February. The climb will help to raise $9,500 to restore an Army YH-41A Seneca helicopter stored at the museum at Fort Rucker.

The helicopter was built in 1956 by the Cessna Aircraft Co. It was assigned to the Aviation Test Board at Cairns Army Airfield at Fort Rucker and used for test and evaluation purposes.

The CH-1 Skyhook was the only helicopter developed and built by Cessna during the 1950s. A total of 50 variants were built and sold for civil and military use.

The Army purchased 10 CH-1B aircraft in 1956 for evaluation before a possible future production contract and designated it as the YH-41A Seneca.

The aircraft is the last Army YH-41A and has been in storage for about 50 years. The instrument panel and the center pedestal need careful work to clean and restore the gauges, switches, lights and controls.

Attempts will be made to restore vintage communications and navigation radios that are missing. The interior of the cabin requires work to clean, repair and replace the deteriorating upholstery, soundproofing, belts and straps.

In addition to repainting, the aircraft needs minor repairs in various places, including the right-side stabilizer fin. The aircraft’s Plexiglas windshields are badly oxidized and need to be restored.

The AAMF wants to display the aircraft at the new Training Support Facility in 2021.

Bullinger will be in Ecuador for 10 days. He will do a series of acclimation climbs before attempting to scale Cotopaxi.

He will pair up with internationally certified mountain guide Estalin Suarez, who has led Bullinger on previous successful climbs.

Bullinger said the danger in mountaineering comes once the sun rises. After a certain point the sun starts to melt the snow and ice, and that’s when you have problems with rockfall.

“The snow becomes so soft that you punch through and you start postholing,” he said.

Bullinger said he and Suarez will mostly like start the climb about midnight.

“We’ll get up about 11 o’clock and probably push out the door about midnight while everything is still frozen, hope to summit by about sunrise or just about 7 and then begin our descent back off the mountain,” he said.

The mountain is an active stratovolcano located 31 miles south of Quito, the capital city. It is one of the world’s tallest volcanoes and the second-tallest in Ecuador’s “Avenue of the Volcanoes,” reaching up 19,347 feet.

Bullinger and Suarez will begin their Cotopaxi attempt from 14,765 feet and climb a 3-mile route to the summit, an elevation gain of 4,582 feet.

The AAMF is seeking pledges based on a given dollar amount for every 100 feet of elevation completed (45 segments) and a bonus for reaching the summit. Pledging the minimum of 50 cents will raise $25 ($22.50 plus a $2.50 bonus) if Bullinger and Suarez reach the summit.

All pledge donors will receive a certificate of appreciation from the foundation. Pledges of $100 or more will receive an autographed postcard carried by the expedition team during the climb.

One hundred percent of the funds will go to support the restoration project, and all contributions are tax-deductible. Any funds raised above the $9,500 goal will be applied to future restoration projects. All travel costs and climbing expenses are self-funded by Bullinger.

Bullinger is attempting a new personal-high altitude without using supplemental oxygen. The oxygen level at the summit is 48% of sea level, and temperatures range from 20 to 26 degrees Fahrenheit without wind-chill factors in February.

He will document the adventure for his “Bama Hiker” YouTube channel.

To find out more about the restoration project and how to pledge support for the climb, visit http://www.armyaviationmuseum.org/army-aviation-museum-foundation/climbforthemuseum/.