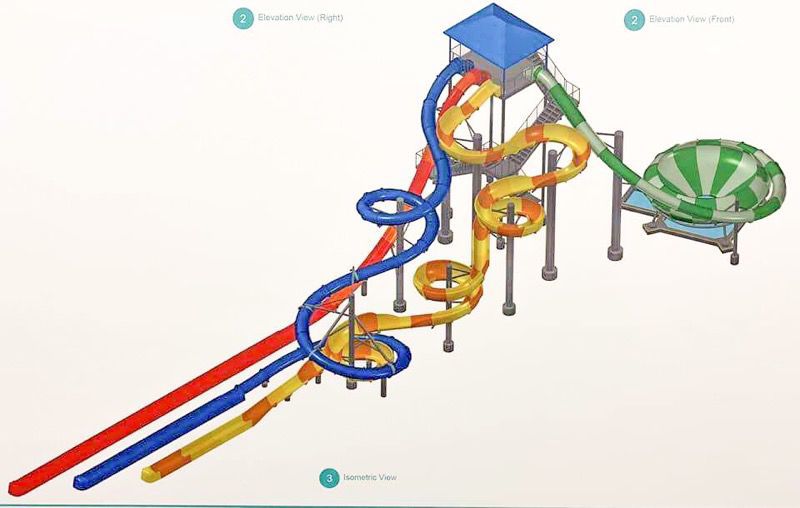 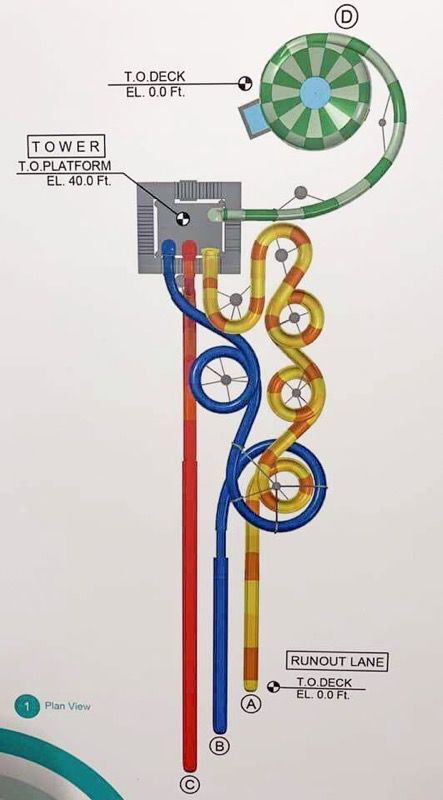 A Dothan construction company is poised to start work on a Water World attraction at the first of the year after city commissioners approved a contract at Tuesday’s board meeting.

The $1.87 million contract with Lewis Construction will allow the company to begin work in January before the arrival of a bowl slide and triple-flume fixture set to arrive in February. The slides are being created by Splashtacular, a construction company based in Kansas that specializes in water park attractions, for $585,000.

“This is a way for Lewis where he can go ahead and start the foundation, all the work prior to erecting the slides themselves, so this is the contract to do everything,” Public Works Director Charles Metzger said.

Metzger, whose department is assisting with park improvements, said the contract includes the foundation, building of the tower, electrical components and installation of the slides in a joint effort with Splashtacular.

The large feature will be placed toward the front of the park near the Great White slide with the design in mind to make it more visible from the roadside.

The commission also approved a contract with Barge Design Solutions Inc. for additional professional engineering, architectural design and consultation services for the Water World slide and pool expansion projects for an additional receiving pool, not to exceed $19,000.

Metzger reported that, all things included, the city is under budget for the project.

Aquatics manager Kelly Carter said that the rest of project, which includes a redesign and rehabilitation of the current kiddie pool, is still in the works, and a progress report will soon be presented to the board.

Hopefully, they said, the park will have the slides built in time for its 2020 grand opening at the end of May, which will mark its 40th anniversary.

The Aquatic Design Group, which previously referred to Water World as a “diamond in the rough” because of its potential for growth, also recommended the construction of a lazy river (either 500 or 700 feet) as the hallmark of the second phase of the project.

The third phase includes plans for a six-lane “mat racer,” a downhill slide that people travel on mats side by side, and a family raft slide feature.

Dates have not been set for implementation of the remainder of the projects.