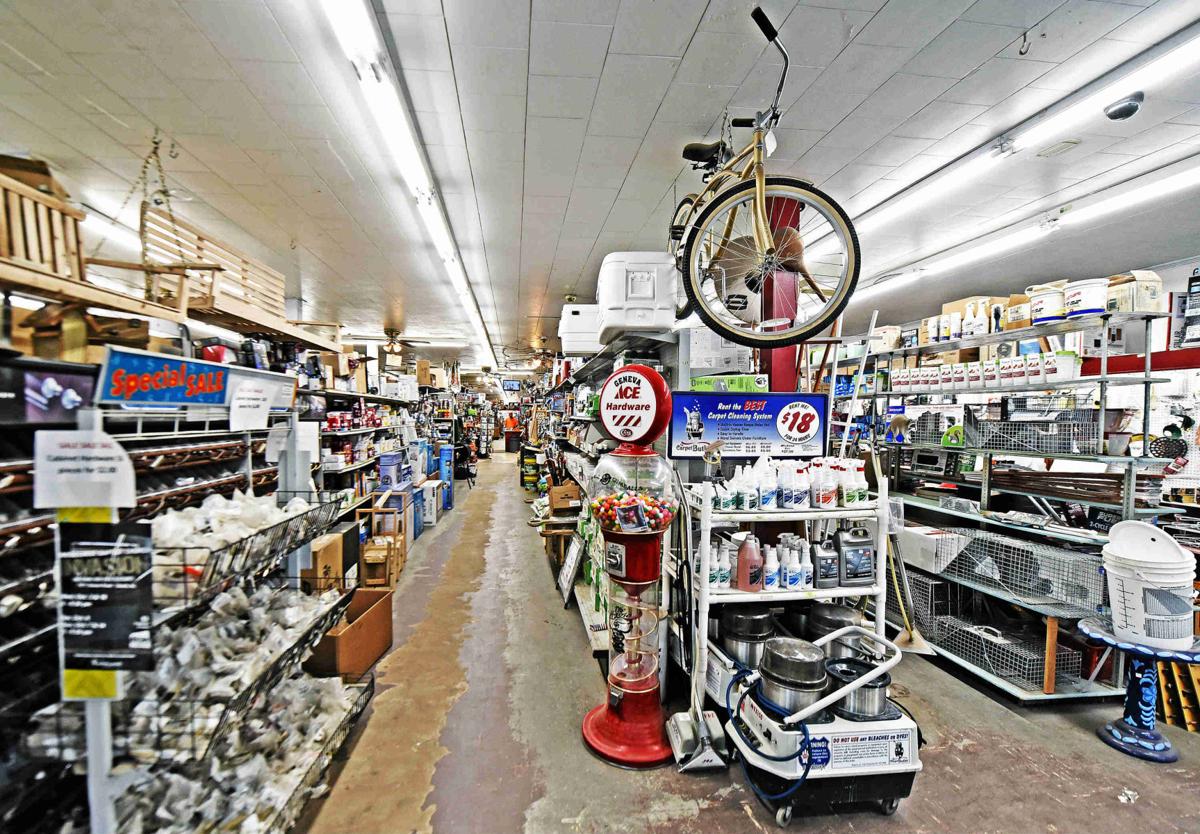 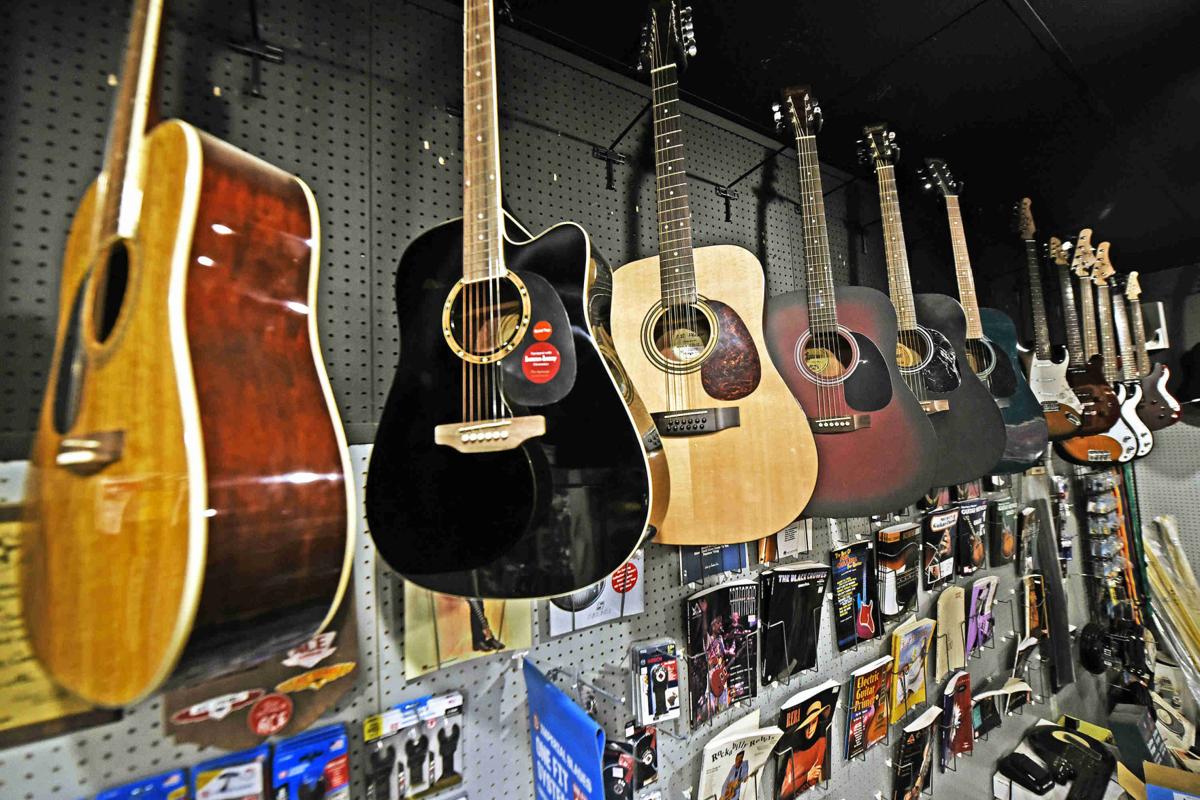 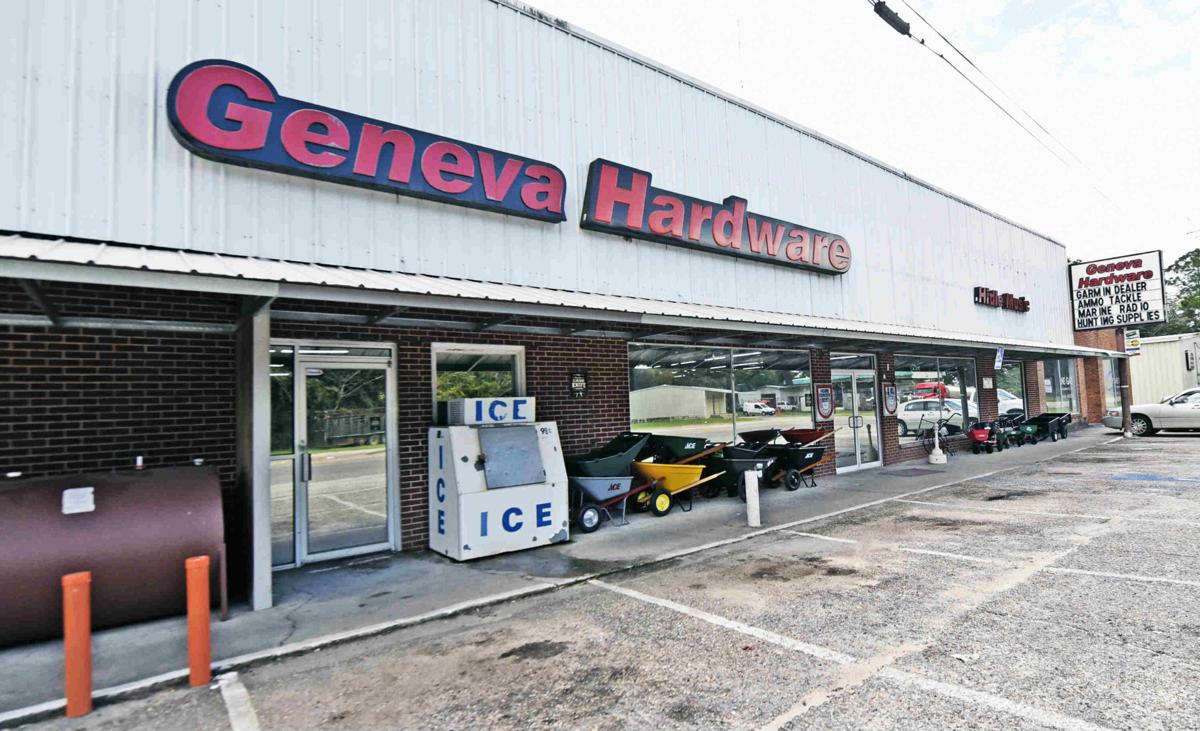 The following story appeared originally in print in Wiregrass Pride, a special section of the Dothan Eagle, on Sept. 28

GENEVA – At 10 a.m. every day but Sundays, the busiest place in this sleepy Southern town each week may be the business located at 206 East Water Ave.

Old-timers stop here to discuss anything from local politics to football to Jesus. Anyone in the farming, construction, handyman, pool or heating and air conditioning business can be found picking up odds and ends needed to complete the day’s tasks.

For 59 years, Geneva Hardware Company has occupied a stretch of land near the intersections of Alabama highways 196 and 27. During that time, people have relied on the business to build – and rebuild – the community in more ways than one.

It truly has become a staple of life in Geneva and elsewhere – and coincidentally, they can probably sell you a bunch of staples, too.

“There’s a bunch of people that come far and wide. We’ve got people that come as far as Destin, Pensacola, Birmingham, that are regulars that find stuff here they can’t find anywhere else,” said Colby Hidle, who shares ownership of the business with his father, an uncle, and a cousin. “There are people who have moved nearby, and any time family comes to town, this is where they want to bring them because it’s an old-school hardware store that you don’t see any more.”

A dream and a destination

Hidle’s grandfather, the late Aubrey Hidle Jr., knew at a younger age what he wanted to do with his life – and where he was going to go to accomplish his dreams.

“He graduated from high school in Samson, and the day he graduated, he started hitchhiking to Pensacola, Florida. He wanted to work at Pensacola Hardware and learn the business,” Hidle said. “He stayed down there for 10 years, and when he decided he had learned enough about the business, he came back to Geneva (and) built the hardware store.”

As with most businesses Geneva Hardware started small, but that changed over time thanks to Aubrey’s leadership. “When he was alive, he built onto the store three different times,” Hidle said. “It started very small and (he constructed) additions along the way. It’s grown immensely.”

Part of the reason for the growth stemmed from Aubrey’s desire to serve his customers the best he could – even if that meant ordering more and more wares.

“If you ever needed something and he didn’t have it, he would get it, and he would keep it in stock from there on out,” Hidle said. “We pride ourselves on customer service. That’s something my granddad taught us a long time ago. That’s what it’s all about.”

Now you can find just about anything in the store, which even has its own music shop. While the Hidle family does not emphasize that portion of the business, it does sell about 10 acoustic guitars a year as well as countless strings and reeds for the Geneva High School band’s woodwinds.

“It’s really more than just a hardware store,” Hidle said. “If we don’t have it, you don’t need it. That’s our motto.”

While resting between two rivers provides a picturesque setting for Geneva, especially at nearby Robert Fowler Park, the dangers of river life are inherent.

Throughout the years, Geneva has rebuilt from periodic floods that result from existing in one of the wettest climates in the United States. For almost 60 years, Geneva Hardware has been there to help the community through the same efforts the Hidle family has undertaken themselves.

“The levee is actually only one-eighth of a mile behind the store, so when the levee did break, (the store) did get flooded out,” Hidle said. “We’re glad we can be here to help everybody. That’s what it really amounts to. That’s what we like doing. We enjoy helping people.”

Several relationships have formed through those years, and that is why you will see people stop by just to visit – forming deeper bonds within the community itself. Hidle recalls hearing war stories from World War II veterans growing up, including some from the late Leroy Broxton, a veteran who served in Gen. George Patton’s tank army.

“Guys will come by any time and sit around and hang out,” Hidle said. “(We’re) open all day Saturday, and we’ve got college football going nonstop. People will come watch football with us as long as we’re not busy.”

Colby notes it’s those same relationships – and a major portion of providence – that has sustained the Hidle family business for years.