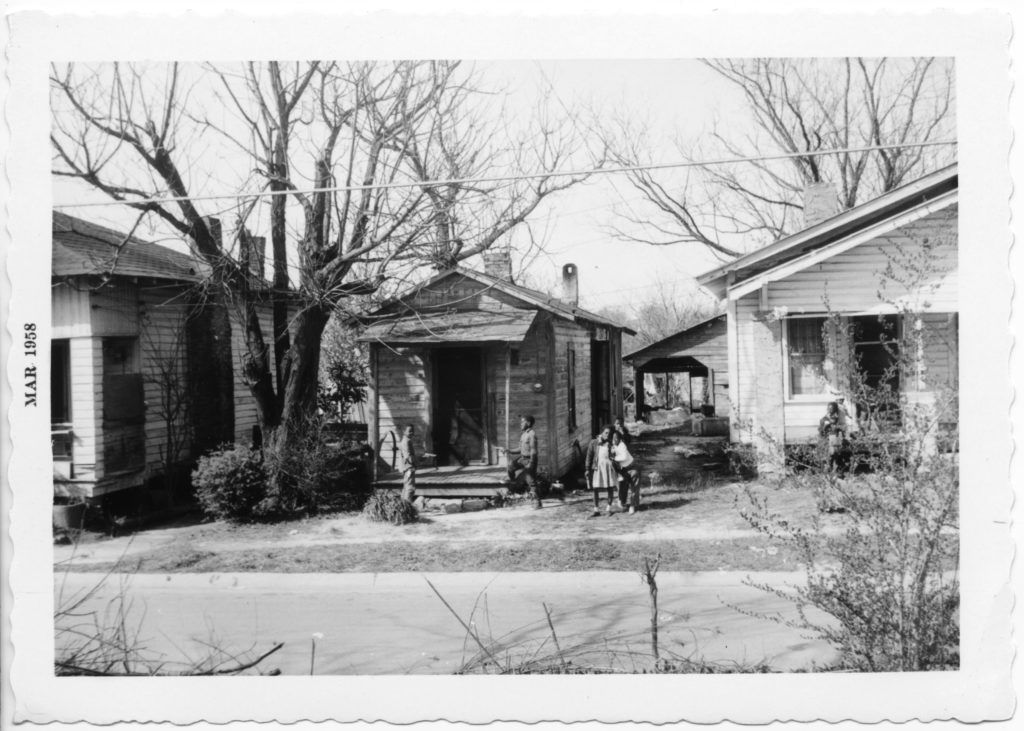 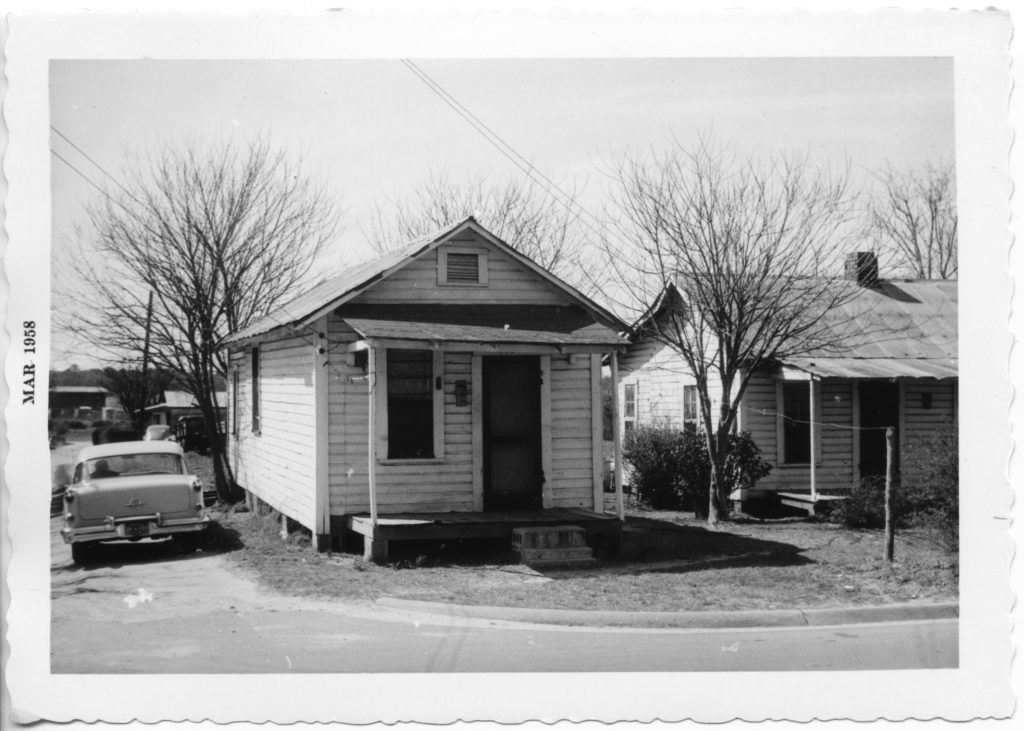 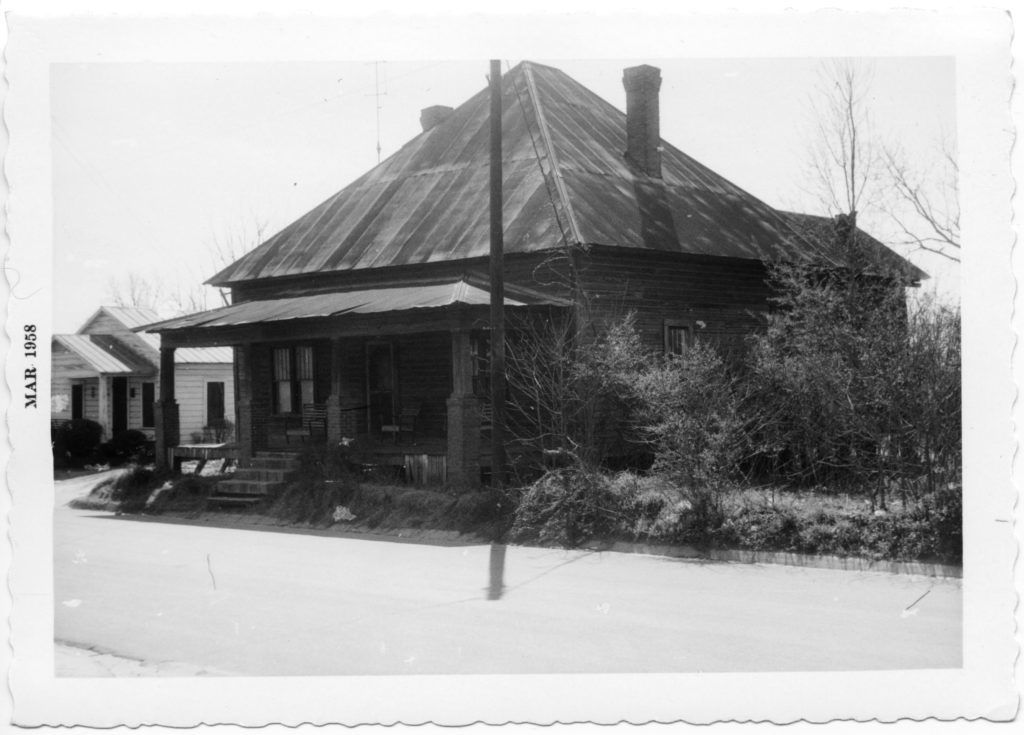 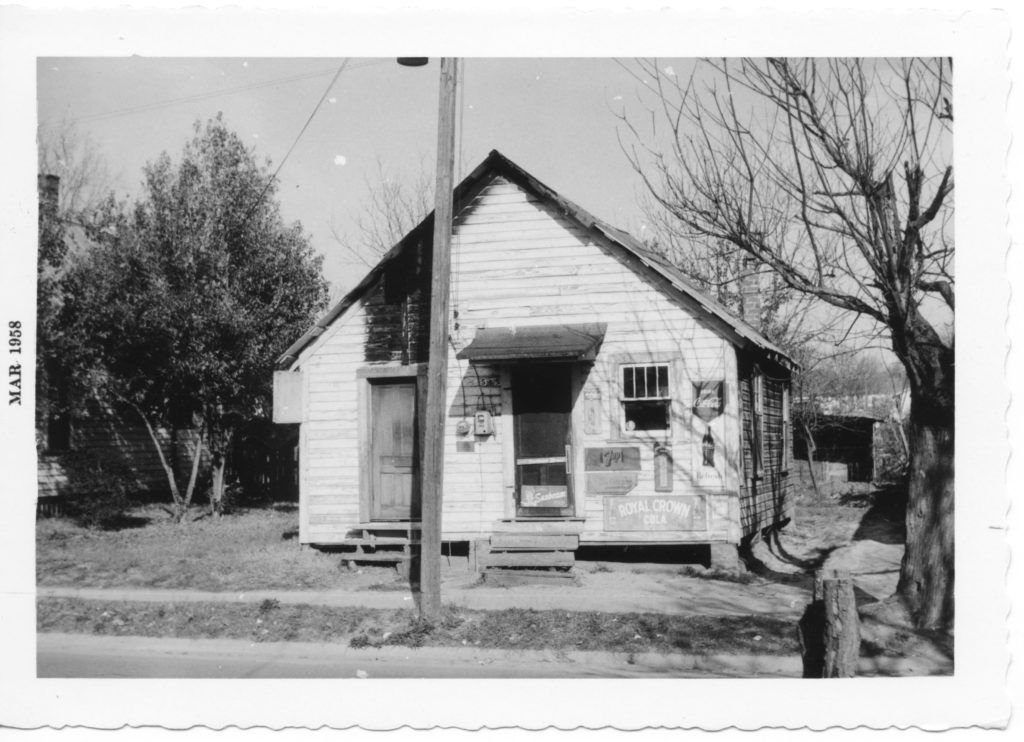 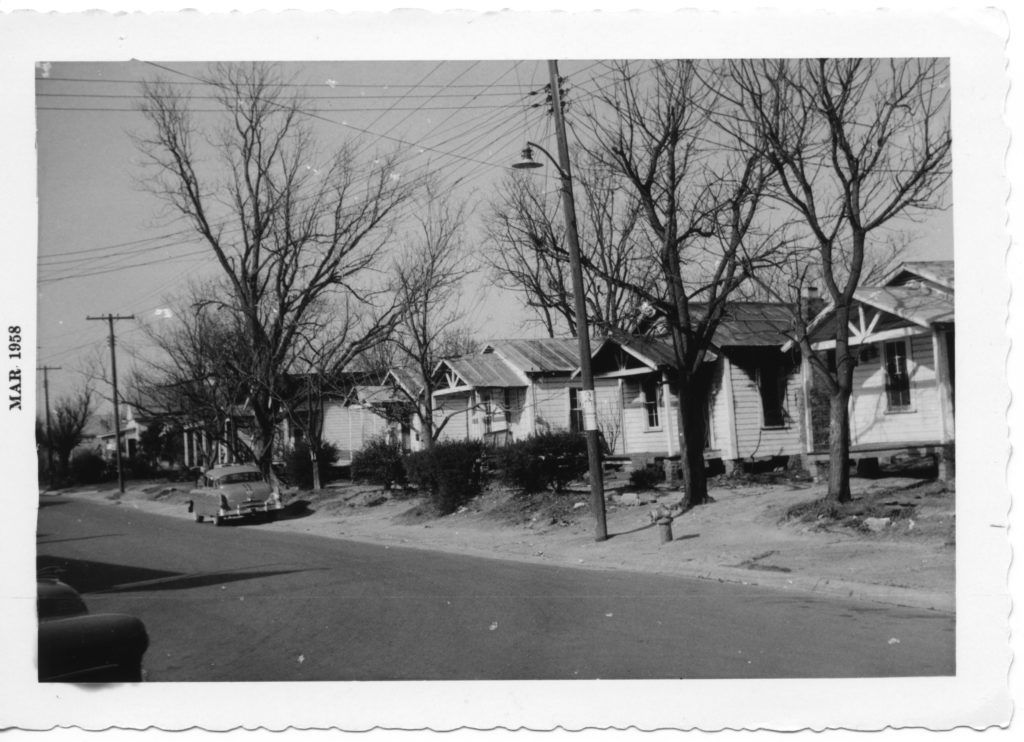 Editor's note: Dr. Marty Olliff, a history professor and the director of the Wiregrass Archives at Troy University's Dothan Campus, examines low-income housing in Dothan in the 1950s in this July 11, 2019, edition of his monthly column.

Archival collections sometimes tell stories beyond those on their face. Archivists talk about collections found in attics or on roadsides, and some collections have had narrow escapes from destruction.

The Bill Church Collection (record group 101) is one of those. A longtime Dothan resident, Mr. Church was chatting with a workman burning debris from a house. Church grabbed the workman’s wrist as he was about to toss a handful of old pictures into the fire – and saved 178 black and white photographs taken in March 1958 of Dothan’s low-income Southside neighborhood that by 1961 was eradicated by urban renewal.

Although we usually associate urban renewal with the 1960s and 1970s, it began when Title I of the Housing Act of 1949 provided federal grants to cities to rebuild areas of substandard housing. Dothan considered applying by 1954, and by late 1956 had passed a required minimum housing standard ordinance.

Dothan’s first application was for the 75-acre “South Bell Street Urban Renewal Project” to clear slum housing built in the 1920s, eliminate roads like Hawk’s Alley, widen thoroughfares to 50 feet, pave and curb streets, cut a new street to anchor an expensive subdivision, and install city water and sewerage. After appraisal and improvement, the city sold the land to developers who erected modern housing “for medium income families.” (Dothan Eagle, June 15, 1958). Demolished were three churches, one elementary school for black students, a dozen commercial buildings and 179 residences. Five white families and 155 black families were moved to other housing across town or were left to find their own.

Here’s where the photographs come in. Auburn graduate and Navy veteran Quay Fortner was the manager of his father-in-law’s business, Dothan’s Albert Logue Agency, which sold real estate and insurance. He was a high-profile citizen who received a six-year appointment to the Dothan Zoning Commission in March 1958, and sometime that month began appraising the buildings and lots of the S. Bell Street Project.

He drove all of the streets in the area just southwest of the downtown business district, photographing every property in sequence. His pictures are the only complete record available of this neighborhood, and it might have been the last time any of these buildings were ever photographed. The total appraised value of all property in the 75-acres was $618,000 ($5.3 million in 2018 dollars) and did not include the Williams-Voris Lumber Company visible in some of the images.

The photos themselves tell a notable story. The most obvious is that everything is remarkably small. Many houses are shotgun or end-gabled structures. Larger houses are hip-roofed with four massed rooms and an attached kitchen. Some, possibly owner-occupied, are improved but most are, indeed, blighted and substandard.

The most compelling stories are the photos with evidence of life – people, laundry, or a café burned out and abandoned years before.

Surprising things sometimes appear. In one photo looking north on S. Alice Street there is a sign on a telephone pole – close examination reveals it is a 1958 George Wallace for Governor campaign sign.

The Wiregrass Archives staff used city directories to build a database of the residents of many of the houses in the S. Bell Street Urban Renewal Project area and have identified the location of almost one-third of the photographs. This painstaking project is on-going.

Urban renewal did its job. All residents were relocated and their former houses razed by 1961. The property was improved and sold to developers by 1962, and 116 residential lots were owner-occupied by 1965.

You can see the Bill Church Collection, Wiregrass Archives Record Group 101, by visiting this URL: https://resources.troy.edu/wiregrassarchives/inventories/101.html

It Came from the Archives is an ongoing series spotlighting the fascinating collections at the Wiregrass Archives. To find out more, visit online at https://www.troy.edu/wiregrassarchives or in person in Everett Hall on the Dothan Campus.