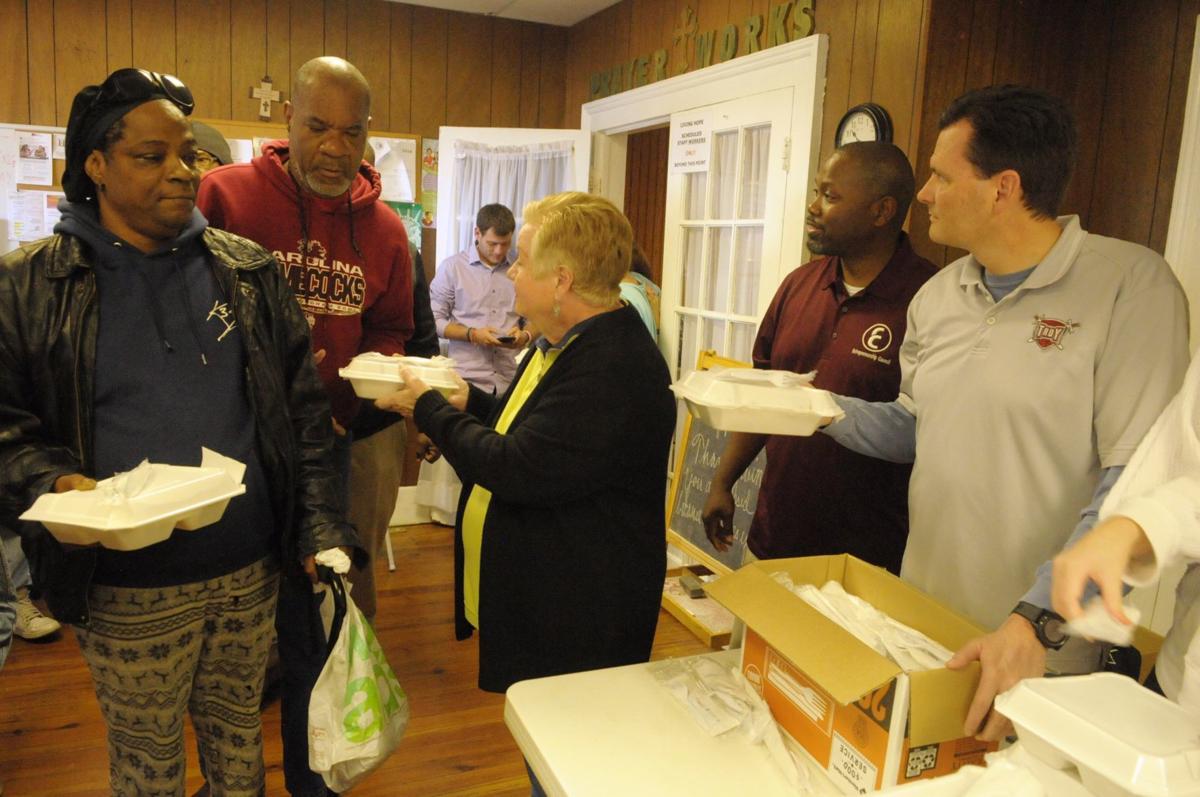 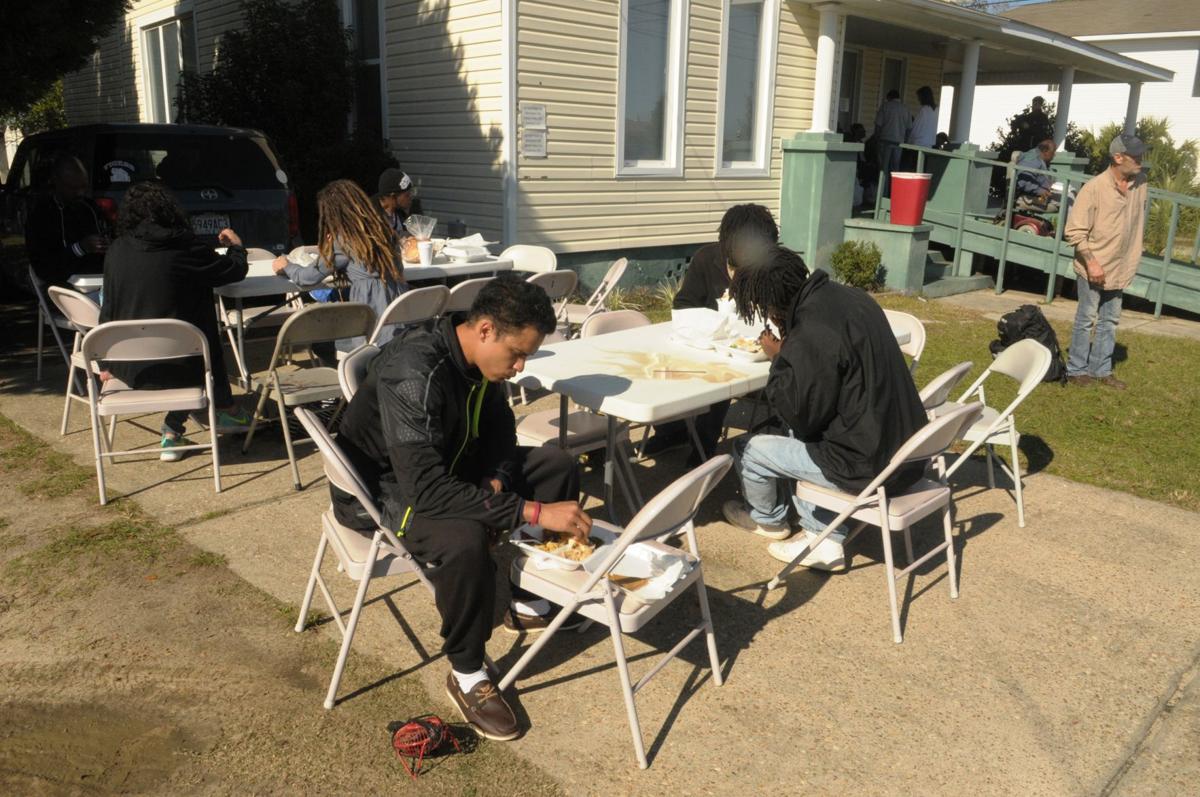 Dozens of people picked up meals at Living Hope community center on Thursday.

Dozens of people picked up meals at Living Hope community center on Thursday.

For Dorothy Robbins, volunteering at Living Hope Community Outreach Center’s Thanksgiving outreach is one way she serves others.

“Jesus said in Luke, ‘To whom much is given much is required,’” she said.

She and other volunteers gave back Thursday as they handed out Thanksgiving meals to dozens of people at the center near Dothan’s downtown post office.

Helping others makes her feel blessed. “I get more blessings than I ever could give,” she said.

Former Alabama Attorney General Troy King, who is running for Alabama’s 2nd Congressional District seat, and his daughter drove from Montgomery to help distribute meals at the center.

“Ministries like this are important because the best thing about Alabamians is when neighbors help neighbors,” King said. “This is a community-based program where people who care about their neighbors come and help their neighbors.”

He said such programs are what Thanksgiving is all about.

“It’s about helping other people, counting your blessings, being grateful for the blessings you have, and hopefully blessing somebody else,” King said. “There’s nothing greater than to get to serve somebody else. Jesus told us that and it’s true.”

“To love God you have to love others,” Banister said. He has been out of prison about a year and said he is a changed man.

After having a lot of anger in his heart, he learned the power of forgiveness.

“You’ve got to be able to forgive others in order to carry on with your life,” he said.

He’s looking for a reintegration program that isn’t just for former inmates.

“I don’t want to be around other prisoners,” Banister said.

He’s got a caseload officer who is trying to get him into a program that will help him transition back into society.