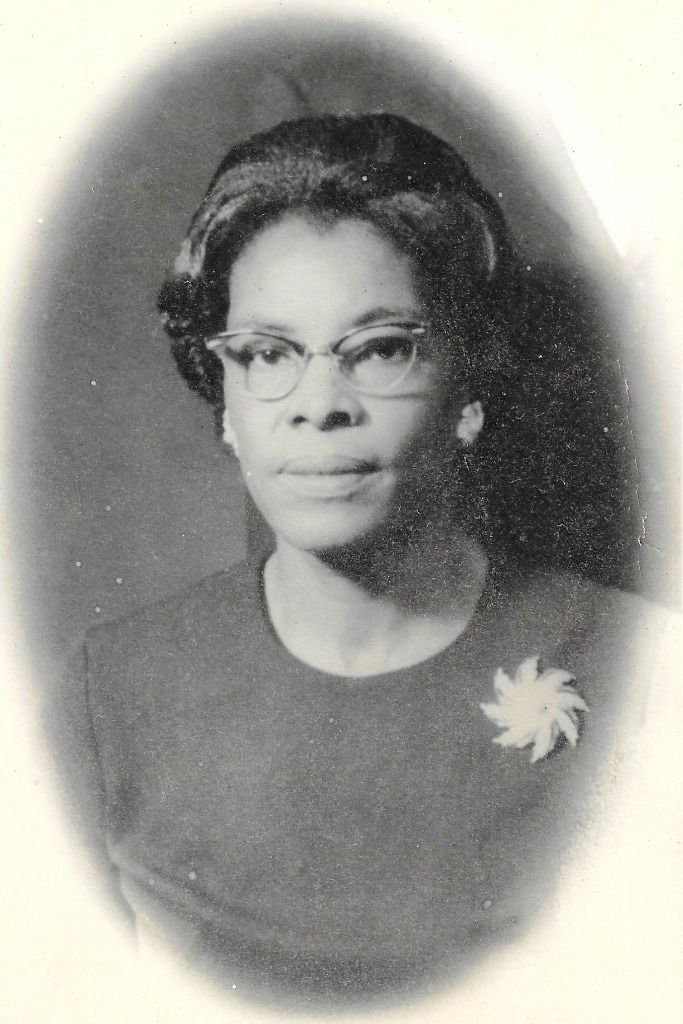 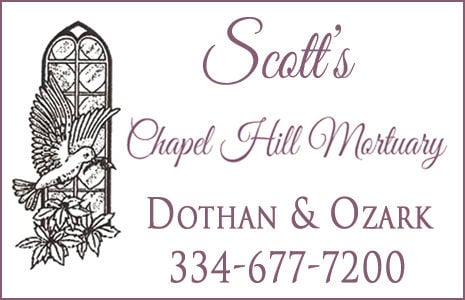 Laura Jean Jackson, age 95, of Ozark passed away peacefully on Friday, March 13, 2020 at Dale Medical Center in Ozark, Alabama. Funeral services will be Friday, March 20th at First Missionary Baptist Church; 724 Andrews Avenue; Ozark, Alabama. The family will receive friends from 4:00 6:00 P.M. on Thursday, March 19th at Scott's Chapel Hill Mortuary; 1048 Martin Luther King Jr. Avenue; Ozark, Alabama. Flowers will be accepted or memorials may be made to First Missionary Baptist Church Building Fund; P. O. Box 266; Ozark Al 36361. Laura Jean Ardis Jackson was born July 29, 1924 in Ozark (Dale County), Al, to the late Minnie Walker Ardis and Louie Ardis both born in Dale County, Alabama. Laura graduated from the Ozark Colored High School and attended Alabama State College for two years. She taught Elementary School one year in the Shady Grove Community of the Dale County School System the term of 1945-46. Laura was also employed as a Substitute Teacher for the Ozark City School System. She was self-employed as a Cosmetologist from 1949-1960. Laura took her first course in cosmetology at Tuskegee Institute, Alabama. In 1961, she took a refresher course for one year at the Apex School of Cosmetology in Atlanta, Georgia. She was a very loving and giving mother and devoted pastor's wife. Laura assisted her late husband, Rev. Dr. S. C. Jackson, Sr., in many capacities during his tenure as pastor of First Missionary Baptist Church, Ozark, Alabama and Antioch Missionary Baptist Church, Newton, Alabama, until her health began to fail. Laura served as counselor for the Crusader Department of First Missionary Baptist Church and was recognized as Counselor of the Year at the Alabama Missionary Baptist Women's Convention held in Selma, Alabama in 1991. She was a member of the "Pride of Alabama" Eastern Star Chapter # 60; Charter member of the Daffodile Garden Club and the Ladies Aid Society and Circle # 1 of the Missionary Society of First Missionary Baptist Church. She was preceded in death by her parents, husband of 60 years, Rev. Dr. Shem Campbell Jackson, Sr.; son, Shem Campbell Jackson, Jr. and Son-In-Law, LTC (Ret.) Richard Harris. She is survived by three children: Mary Jean Harris, Ridgeland, MS.; Naomi Dovie (Donald) Ross, Springfield, IL. and Winston Titus (Barbara) Jackson, Ozark, AL; two grandchildren, Dr. Maria Richetta Camille Harris (Vincent) Hopkins, Washington, D.C. and Dawn Michelle Ross, Springfield, IL; two great-grandchildren, Trinity Ross, Springfield, IL. and Colin Hopkins, Washington, D.C. A Godchild, Yolanda Everett of Ozark, also survives. A special thanks to the nursing staff and doctors at Southeast Health, Dale Medical Center, Community Hospice, Oakview Manor Healthcare Facility and Covenant Hospice. Under the direction of the caring staffs of Scott's Chapel Hill Mortuary "Because We Care".