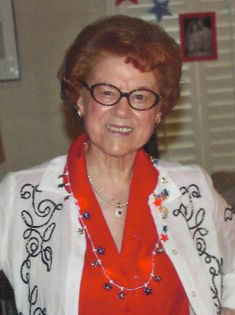 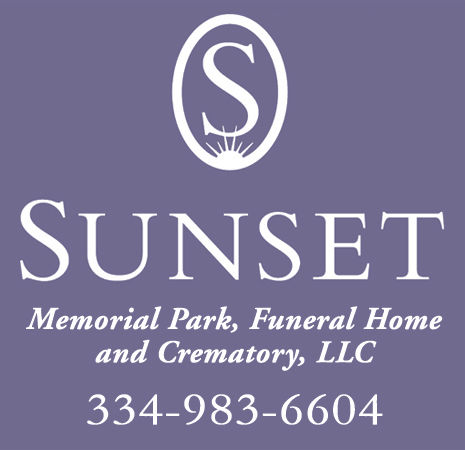 Dorothy C. Jones Kennedy, a former resident of Dothan, entered heaven and into the arms of her heavenly Father on Father's Day, June 21, 2020. She was a resident of Arden Courts in Winter Springs, Florida at the time of her death. She was 90. Funeral Services will be held at 1 pm Saturday June 27, 2020 at Sunset Funeral Home Chapel with Dr. Taylor Rutland officiating. Burial will follow in Memory Hill Cemetery. The family will receive friends from 12-1 pm prior to the service at the funeral home. Mrs. Kennedy was born July 4, 1929 in Chancellor, AL to Moses Z. Jones Sr. and Claudie Sconyers Jones. She graduated from Coffee Springs High School in 1949 and attended Riley Business College in 1950. She worked at Benson Wholesale in Geneva for five years before moving to Dothan after marrying her husband, Bill M. Kennedy, in 1955. After serving in positions at Blumberg's and Commercial Credit, Mrs. Kennedy joined Ansell Inc. in 1967 where she remained until her retirement in 1990. Mrs. Kennedy and her husband raised their two daughters on Gardenia Drive where they lived happily for over 50 years. They enjoyed their square-dancing club, fellowshipping with their many friends, spending time with their five grandchildren and traveling with their son-in-law's parents, Bill and Betty Stabler. The Kennedys were longtime members of First Baptist Church of Dothan. Married for 53 years until her husband's death in 2008, Mrs. Kennedy moved to Winter Park, Florida, in 2011 to be closer to her daughters. In addition to her husband, Mrs. Kennedy was preceded in death by her parents, her sister and brother-in-law Evelyn and James Beck, sister Betty Jo Maloy, brother James Sconyers, sister-in-law Betty Jo Jones and most recently, her beautiful daughter Lisa Kennedy Cednick. She is survived by her daughter and son-in-law Kathy and Michael Janeiro of Orlando, Florida; son-in-law David Cednick of Lake Mary, Florida; grandchildren Ross Janeiro, his wife Lindsey and their children Emmalyn and Joshua of Humboldt, Tennessee; Jordan Janeiro and Roman Janeiro, both of Jacksonville, Florida; Rachel Cednick and Taylor Cednick, both of Lake Mary, Florida; brothers M. Z. Jones Jr. of Chancellor; Charles and his wife Bobbi of Enterprise and many nieces and nephews. Pallbearers will be Michael Janeiro, David Cednick, Ross Janeiro, Roman Janeiro and nephew Jimmy Beck. Robert Byrd of Sunset Memorial Park Funeral Home (334) 983-6604 www.SunsetMemorialPark.com

To plant a tree in memory of Dorothy Kennedy as a living tribute, please visit Tribute Store.
+1
Plant a tree
+1