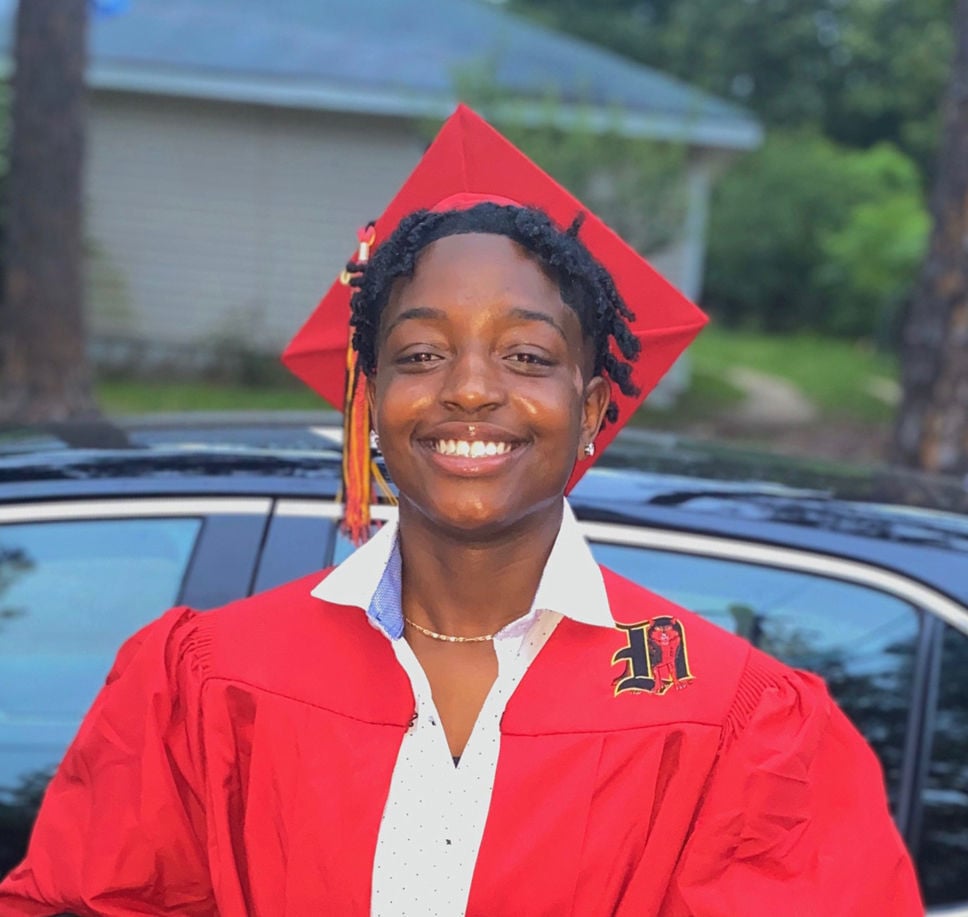 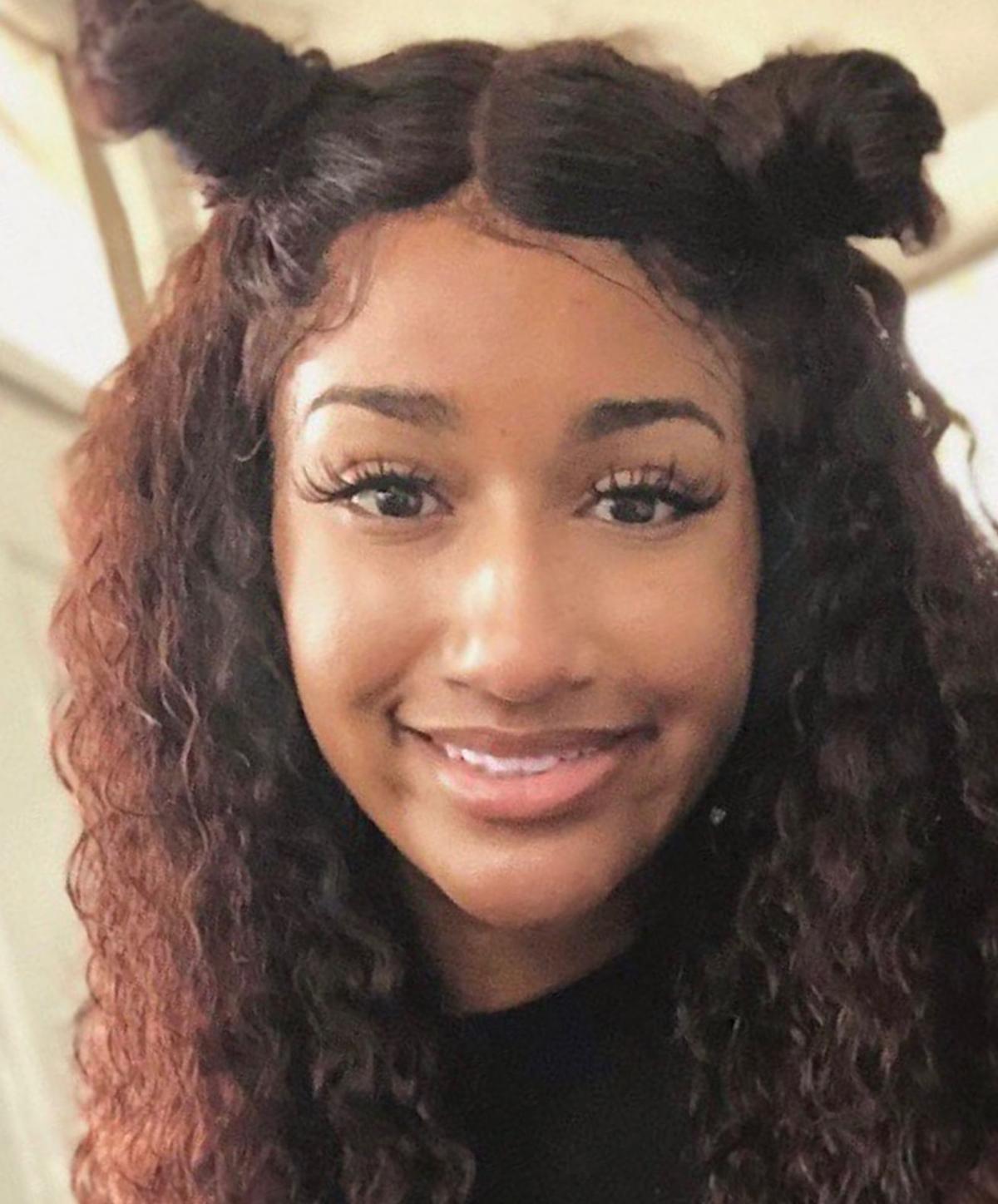 The Dothan Wolves girls basketball team had several superstars this past season during a run which came up one win shy of a Class 6A state semifinal appearance.

It also had a lot of “unsung” heroes who filled their role to help the Wolves to a 23-4 record.

The two are the third and fourth players in Dothan’s senior class to sign for college basketball. Angel Townsend also signed with Lawson and Brianna Reese inked with Coastal Alabama North.

Both Wilson and Williams are strong academic students, with grade point averages above 3.8. That was a factor Dothan head coach Dishon Benjamin felt was vital in the two having a handful of offers to play college basketball.

“For whatever reason, too many kids focus on one part,” Benjamin said. “You are supposed to be a student-athlete. Mikail took advantage of the student part and that was beneficial for her (getting the offers). That got her (KeKe) a lot of opportunities too.”

Wilson, a 5-foot-5 point guard, who averaged 8.9 points, 3.9 rebounds, 3.2 assists and 2.6 steals a game this past season, had in-state offers from Huntingdon, Coastal Alabama and Judson as well as from several programs in New York and California.

She chose Point, a school just two and a half hours away from Dothan, because of its closeness to home plus her interaction with head coach Torey Wooley and Skyhawk players during Zoom meetings. Wilson said she hasn’t visited the school because of coronavirus limitations but expects to in a couple of weeks.

“I was happy (to sign) because the school was close to home and it wasn’t too far away for my mom to come watch me,” Wilson said. “I really had a good vibe with the coach. I really liked him. We had a connection.

“The teammates and the coach seem pretty cool. I feel I can fit in just right with the team and that we can win. It was like the perfect fit.

“I was very excited (about signing). It was a special moment for me and my family. I was waiting to commit to a good school and I finally committed even though it was later due to the coronavirus.”

Williams, a 5-foot-8 post player at Dothan who will likely play guard in college, led the Wolves in block shots this past season in a reserve role. She had offers from Huntingdon as well as Champion Christian Academy in Georgia, Trinity College of Florida, Northland College in Wisconsin and several schools in Ohio and Pennsylvania and one in Miami.

“I was kind of overwhelmed at first,” Williams said. “I have had a lot of offers from a lot of surrounding states. When I was doing basketball, I really didn’t think I would be able to go to the college level or get a full (scholarship) ride, but Lawson State reached out to me (and offered a full ride).”

She said having Townsend heading to Lawson along plus the close proximity of the school (slightly over three hours) were factors in her decision to attend the Bessemer program.

“I know a teammate there and I talked to her about it,” Williams said. “The coaches made me feel extra comfortable and I will also still be close to family.”

She added Lawson State “just felt right” compared to the other programs that made offers.

While both players didn’t put up knockout stats for Dothan, both played a key role in the team’s success, said Benjamin.

“She (Wilson) was vital to run to the Elite Eight, there is no doubt about that,” Benjamin said. “She was an unsung hero. She might have not gotten all the praise and attention, but there were things she did that were key to our success.

“Like in our (sub-regional) game against Carver of Montgomery when in the second half, she held that girl (Carver’s top scorer) to two points. That might not have made the paper, but that was crucial to our victory, there’s no doubt about that.”

A strong work ethic and an ability to block shots are key elements of Williams’ game.

“She was one of my reserves, but she came to practice every day and worked hard. It paid off,” Benjamin said.

“One of the things that impressed the (Lawson State) coach was her ability to block shots. Mikail was our leading shot blocker. She had an uncanny ability to time shots and block them. In close games, that one block makes a difference.”

Wilson will likely play the point and shooting guard positions at Point. Though she can score, she enjoys “setting up my teammates most.”

“I feel like I set up open spots for my teammates is best (attribute),” Wilson said. “I am a good distributor and I can see the floor well, so I have a great I.Q for my teammates, but if it comes down to the point where I need to shoot, I know I can shoot and score as well.”

Williams, who only played in Dothan since the middle of her sophomore year after moving from Steubenville, Ohio, was a post player for the Wolves since she was one of the team’s taller players. Self-admittedly “long and skinny,” she will likely move to a guard spot at Lawson.

“They said I had potential and they see me playing guard, spreading the floor,” Williams said. “I can shoot and can block shots, but I am not very tall. I am long and skinny. They want me to start working out and be more confident in myself.”

“I started doing it in middle school and it was fun to me — everybody would cheer,” Williams said. “I learned it by myself. My mom would just tell me to just slap it and to block it right after they released it (the shot).

Recently, she has been developing more of a shot, especially after last summer during travel ball when she was allowed to shoot more outside.

“I feel I am a good shooter,” Williams said. “I am left-handed, so when I go to shot or go in for a layup, people think I am going to the right side.

“Mid-range was mainly my strongest area, but I recently started shooting threes. I wasn’t as confident in it (at first) because as a post you are not expected to shot threes. You will be on the block.