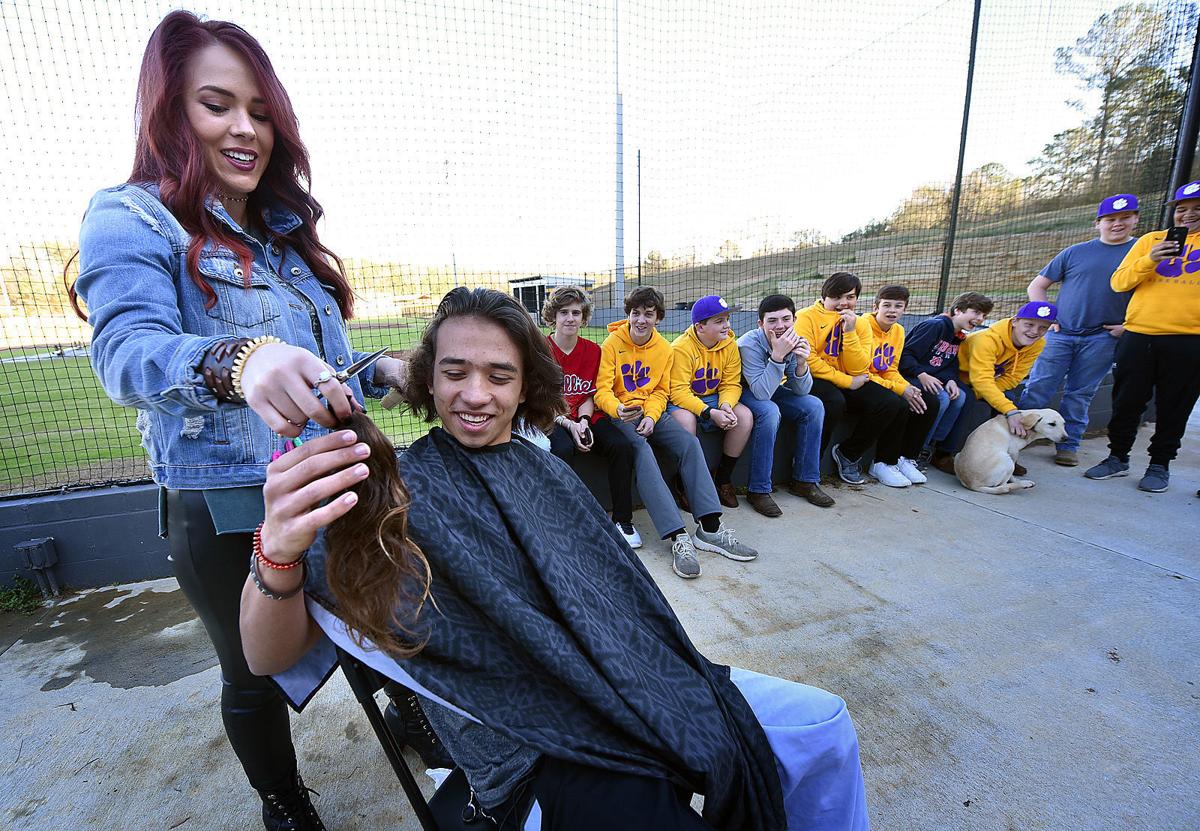 Ariton baseball player Brodie Cook holds a lock of his hair after stylist Erica Johnson cuts off a large portion of his long hair for Locks of Love. 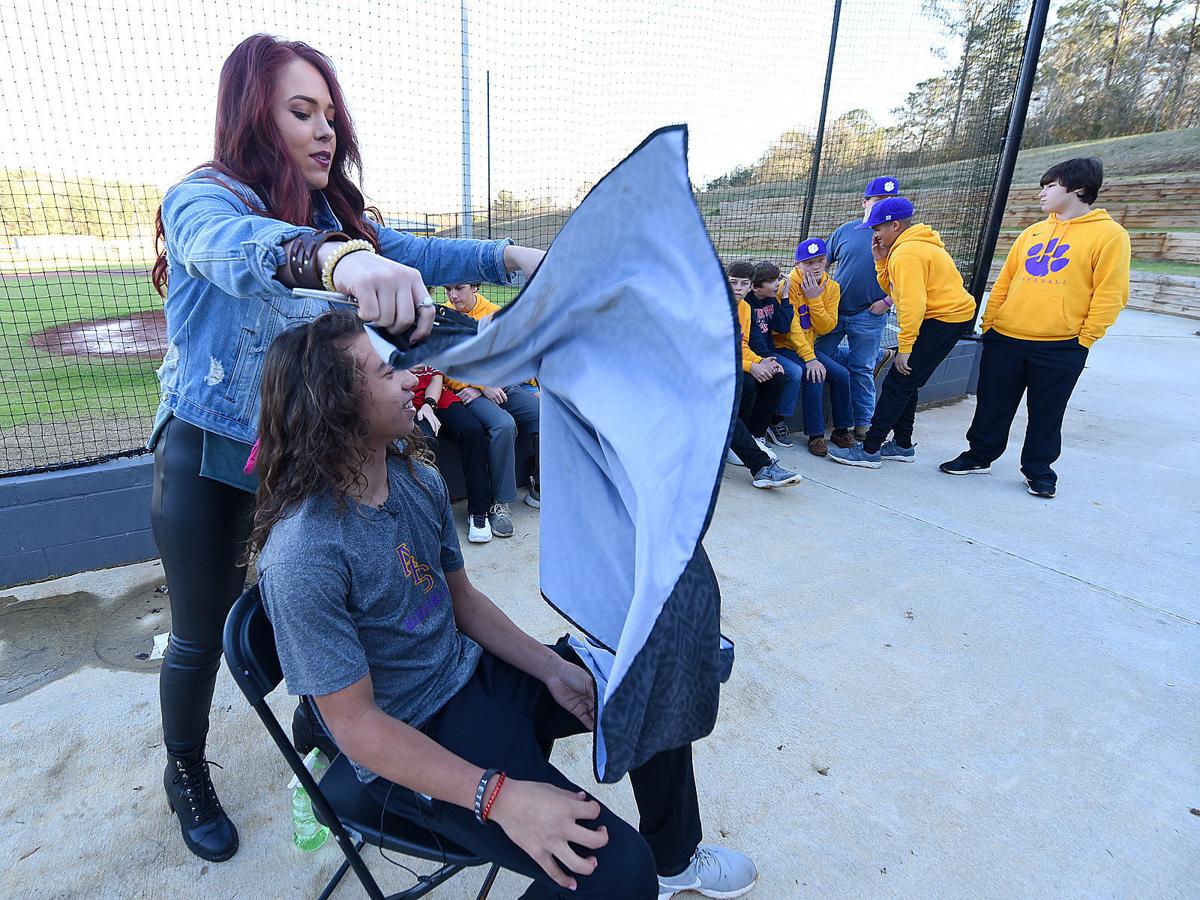 Ariton baseball player Brodie Cook holds a lock of his hair after stylist Erica Johnson cuts off a large portion of his long hair for Locks of Love.

New Ariton baseball coach Logan Dunlap insinuated the sophomore player should consider cutting the flowing locks of black hair which reached midway down his back.

“I mean, we’ve had a couple of conversations about it since the summer,” Dunlap said. “I wanted it to be his decision. I never told him he had to, but I kind of planted the seed.”

Cook, an avid duck hunter, began growing out his hair four years ago to have a similar look to the characters on the “Duck Dynasty” television show.

His last haircut had been right before his sixth grade graduation.

His older brother, Jay, a junior baseball player, even grew his hair out for a period of time.

“I did for like a year, but it’s too much for me to handle,” Jay said. “I don’t have that kind of personality. That’s kind of like his claim to fame, I guess.”

Brodie’s long-hair look even fit his role as a guitarist for a local band called Four on the Floor.

“I play with some older dudes, and they taught me pretty much everything I know about playing,” Brodie said.

All along, Brodie knew at some point the scissors would have to come out.

“Me and my mom talked about when I got ready to cut it, I’d donate it,” Brodie said. “I’ve been wanting to cut it, then he (Dunlap) kind of came up with, ‘Hey, let’s get somebody to cut it at the baseball field’ and all of my teammates were kind of wanting me to do it.”

It was decided the hair — about 10 inches worth — would be donated to Locks of Love, an organization which accepts donations of human hair with the intention of making wigs for children in need due to medical conditions that have caused them to lose their hair.

“He’s really a good-hearted kid and he wants to give back and figured this was a good way to do it,” his father, Jerald Cook, said.

So Friday afternoon, Brodie sat on a chair positioned on the walkway behind home plate at the Ariton baseball field to get a haircut for all to see.

“They should charge admission,” Jay joked as students, coaches and family members gathered around to watch.

Erica Johnson, a stylist from Mane on Broad hair salon in Ariton, was chosen for the duties.

“She cuts my brother’s hair, too,” Brodie said. “I sometimes go with him and she’s always joking around about cutting it. I knew when I was going to get it cut, I was going to let her cut it.”

Knowing it was going to happen had Brodie a bit on edge.

“It’s been a little scary, honestly,” Brodie said. “But I’m ready to cut it and I’m ready for a change, a little bit.”

His girlfriend, Audra Lowery, tried to envision how it might look.

“It’s going to be different, but I think I’ll like it,” Lowery said.

With all eyes on Brodie, Johnson pulled back the hair into a ponytail and got to work.

Within minutes, the long ponytail had been cut through and handed to Brodie. He held it in his right hand as Johnson continued trimming.

“We’ll send it in in an envelope to them,” Johnson said of Locks of Love. “They’re supposed to use it on cancer patients.”

Shaping up the rest of his hair would take a while as onlookers waited for the completed haircut.

“He looks like Albert Einstein,” one of the players quipped.

His mother, Susan Cook, was happy her son was donating the hair for a worthy cause.