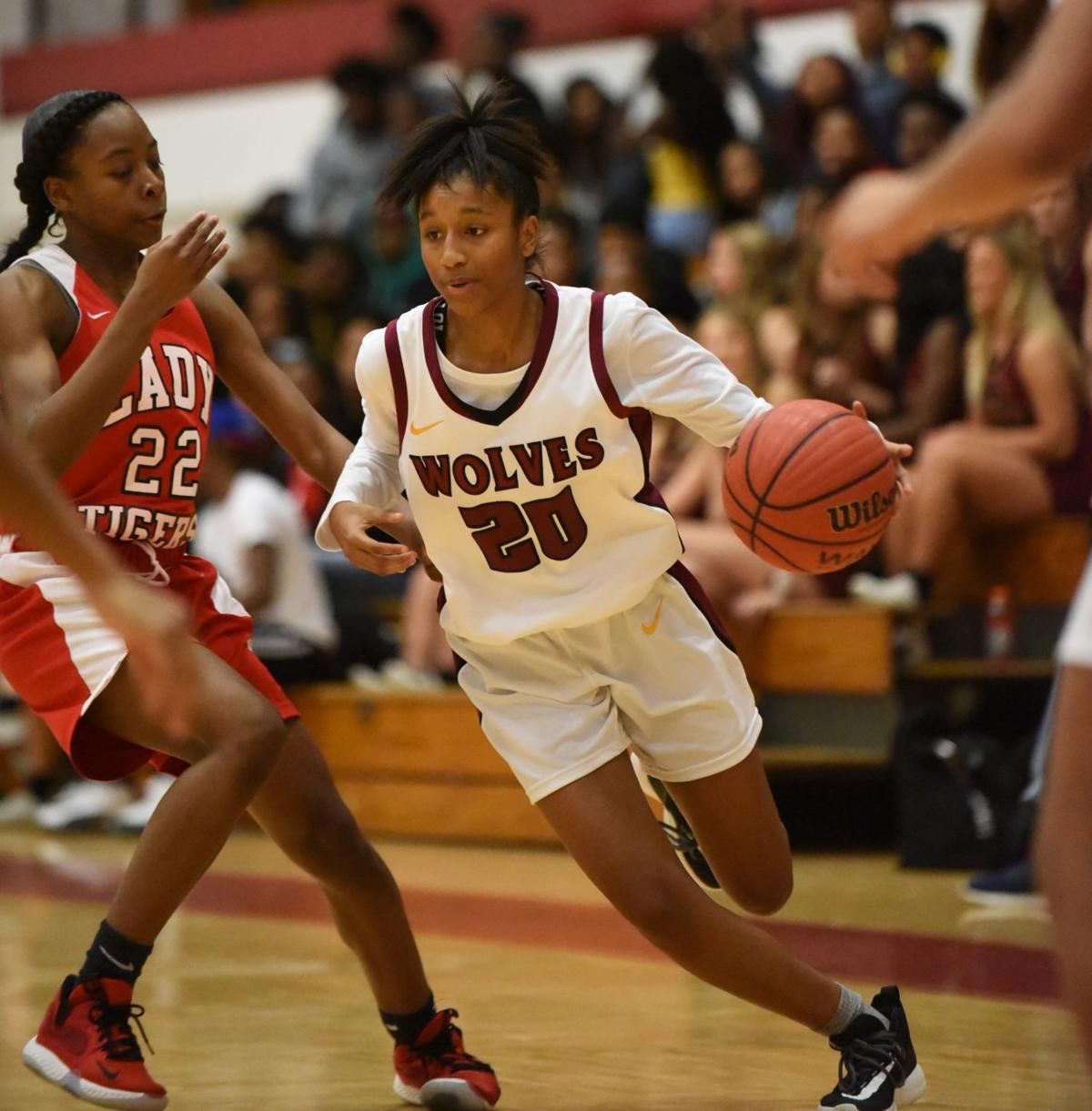 Dothan's Brianna Reese (20) drives against Eufaula defenders during a game last month. Both Dothan and Eufaula girls are playing Friday in the Class 6A Southeast Regional Tournament in Montgomery.

Dothan's Brianna Reese (20) drives against Eufaula defenders during a game last month. Both Dothan and Eufaula girls are playing Friday in the Class 6A Southeast Regional Tournament in Montgomery.

The Ariton Purple Cats are in unchartered waters.

The Providence Christian Eagles and Geneva County Bulldogs are in unfamiliar territory as well.

The three programs are among 16 Dothan Eagle coverage teams that advanced to the AHSAA Southeast Regional Tournament and are playing opening-round games over the next five days in the event.

The regional, held at Montgomery’s Garrett Coliseum, starts today and runs through next Wednesday. Teams are trying to win two games to advance to the state tournament in Birmingham Feb. 24-29.

The bulk of the 16 teams play Friday and Saturday and the Headland girls are the last local team to play, doing so on Monday morning.

The Ariton boys, who won 53-50 at Central of Coosa County Tuesday night to advance, will compete in a regional tournament for the first time since the regional format was instituted by the Alabama High School Athletic Association in 1994.

The Purple Cats (14-16) battle 2A’s ninth-ranked team, Geneva County (25-5), Friday at 4:30 in a Class 2A match-up. The Bulldogs are in their first regional tournament game since 2002 when they lost to Vincent when the regional was at Troy University.

The Providence Christian boys, meanwhile, make their second appearance at a regional since joining the AHSAA in 2004-05. The Eagles, who have won a school-record 17 games this season, played in a regional tournament in 2008 when they were in Class 1A, losing to McIntosh.

The other Wiregrass boys team in Montgomery this week is Eufaula in Class 6A. The Tigers are back at the regional tournament after missing last year, avenging a sub-regional loss last year to Carver of Montgomery with a 60-58 victory on Tuesday.

Dothan, ranked eighth in the last state poll, advanced to the regional with a 59-48 win Monday night over Carver of Montgomery. In winning, the first-year program Wolves became the first girls city of Dothan team to reach a regional since the Dothan Lady Tigers made it that far in 2010.

Three hours later, the Eufaula girls hit the floor. The fifth-ranked Tigers (25-6) face seventh-ranked Opelika (25-6), seeking revenge against the Bulldogs who knocked off EHS last year at the regional tournament 74-63.

Charles Henderson also seeks revenge when it opens regional play in one of the state’s most anticipated first-round regional games. The second-ranked and unbeaten Trojans (25-0) face top-ranked Ramsay (26-4) in a Class 5A opener Saturday at 9 a.m. A year ago, Charles Henderson lost in the regional finals to Ramsay 44-42.

The Trojans are playing in a sixth straight regional tournament, which includes a state title two years ago.

The Panthers also seek to end a string of three straight first-regional losses back to a 2016 win.

The Geneva-Montgomery Academy winner faces the winner of Straughn (20-6) and fifth-ranked Pike Road (24-4).

Three Wiregrass teams are in the Class 2A regional tournament — Geneva County, G.W. Long and Samson.

The Headland girls are back in the regional for a second straight year. Like some of the other area teams, the Rams (20-4) face a team that eliminated them last year — eighth-ranked Childersburg (29-4). The teams meet Monday at 9 a.m.

The winner faces the winner of ninth-ranked Trinity (22-7) and Handley (23-7) in the regional finals on Wednesday at 4 p.m.