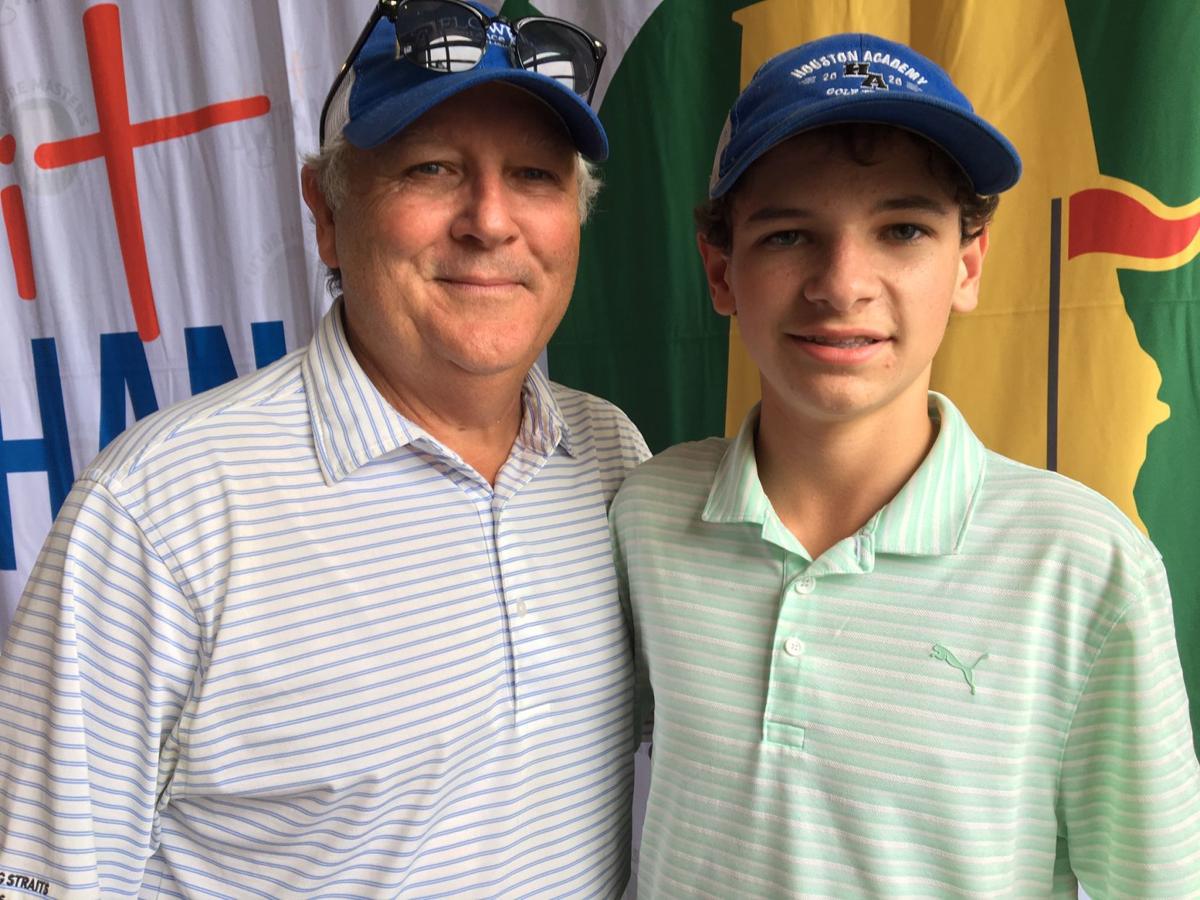 King Thornton, the general manager of the Press Thornton Future Masters, poses with his son, Luke, on Sunday afternoon. 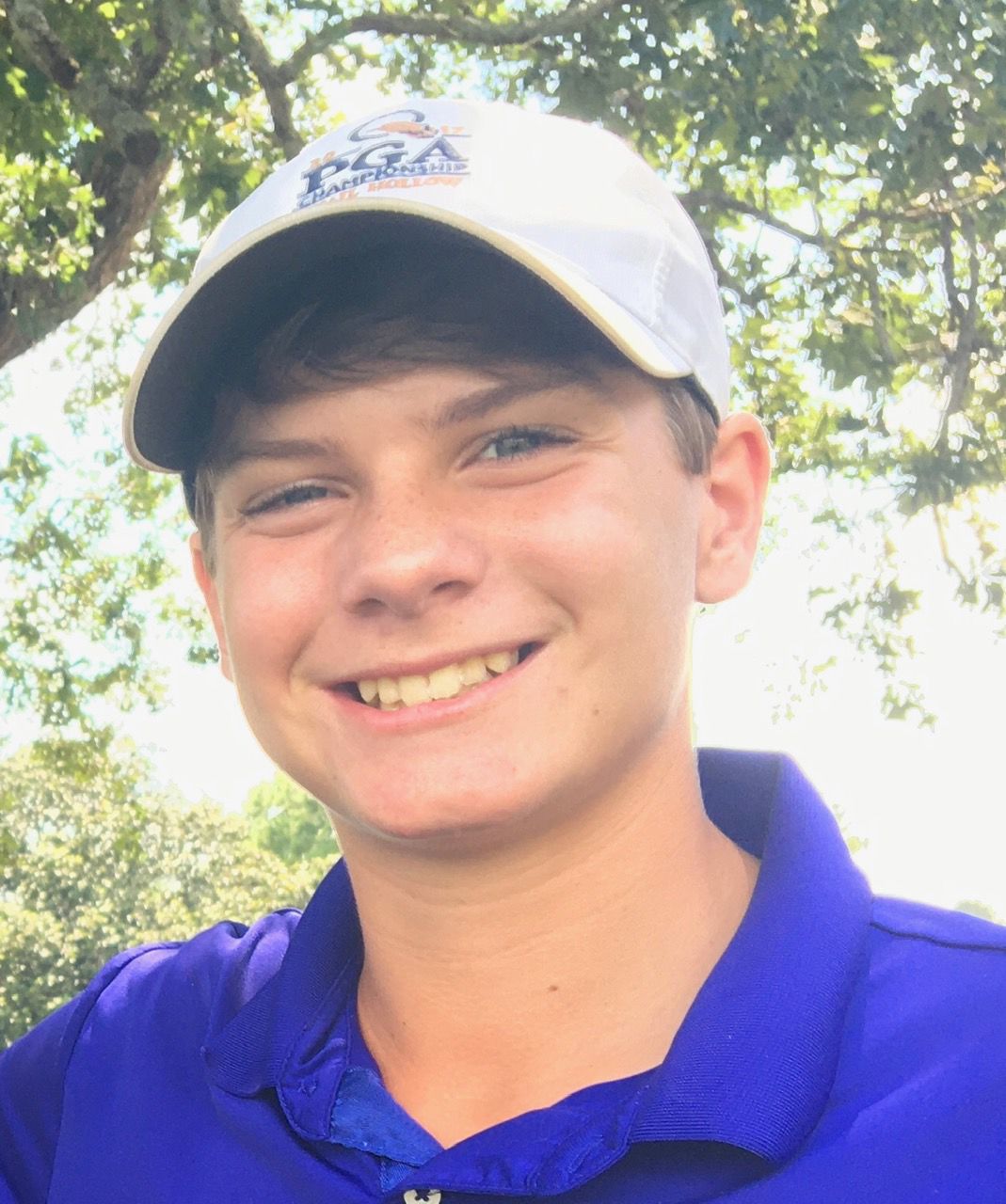 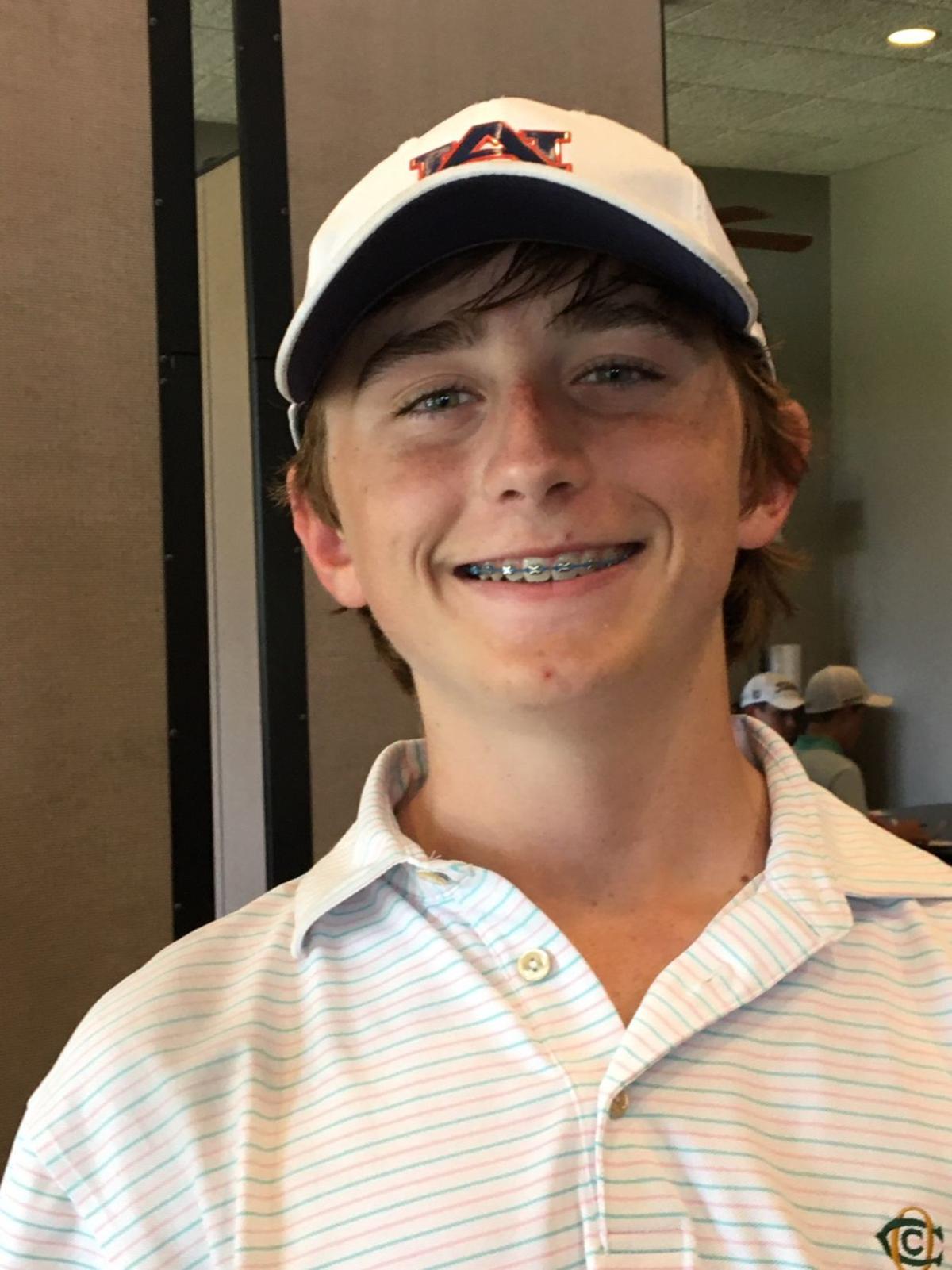 King Thornton, the general manager of the Press Thornton Future Masters, poses with his son, Luke, on Sunday afternoon.

Luke Thornton was back competing in the Press Thornton Future Masters on Sunday afternoon in remembrance of his grandfather.

“I feel it was a good year (to play again) because my grandfather just recently passed and it would be good to do it in his name,” Thornton said.

Mason Crowder showed why he is considered one of the contenders by shooting a 2-under par 68, which included an eagle on the par 5 No. 10.

“Going into the round, I knew I just needed to hit the fairways and greens to give myself a chance, because I knew I was putting well on these greens,” Crowder said.

William Savoy hadn’t played in the tournament since he was 10 years old, but believed the time was right to give it another try.

“I should be going on varsity at Houston Academy this year and I feel like this is a good year to start getting back into it and start playing it every year,” Savoy said.

The three 14-year-olds, all members of the Houston Academy golf team, are the lone local representatives in the 13-14 age division of the tournament and all were pleased with their opening rounds.

Crowder led the trio with his 2-under par, while Savoy came in at 83 and Thornton at 84.

Thornton, who played in the 10-under for two years before taking a break from the tournament, is the grandson of the late Dr. Press Thornton Jr., the longtime president and general manager of the tournament who passed away in January. He’s the son of King Thornton, who has now taken over the duties of general chairman.

“The course is in great shape right now, so it was the perfect year,” said Thornton, who last played in the tournament in the 10-under division. “It was good at the start because it was cooler, and I made quite a bit of putts. I made a 10 or 15-footer on No. 6 for a par, which is amazing to me, because par is really good on that hole since it’s such a long hole.

“It’s kind of crazy how low people can shoot out here. It’s a hard golf course right now, including because the weather is so hot and the rough is so deep. You’ve just got to hit straight drives and putt good and chip good.”

“I hit a really good drive,” Crowder began. “I was in the right fairway, about 170 into the pin and 155 to carry the front, left bunker. So I hit an 8-iron, knowing that I would carry the bunker if I pushed it a little right.

He’s currently six shots back of the leader, Hudson Wilt of Nashville, who shot a 62.

“I started off with pars and then I had a birdie (No. 5) and got my confidence up that I could birdie some,” Crowder said. “I just kept hitting good shots into the greens and gave myself opportunities.”

The one hiccup in the round came on his final hole with a double-bogey.

“I hit my drive over to the right and I was in the pine straw,” Crowder said. “I tried to go over those pine trees, but I went through them and it ended up short of the green. I tried to chip up and it went to the back of the green. It’s a fast putt from back there and I 3-putted.”

Savoy struggled on the front nine in making the turn at 10-over, but played much better during his final nine holes.

“I played very conservative on that first five because of all those hazards are out there, so I tried to play as safe as possible to stay away from all of the hazards, and it cost me a few strokes,” Savoy said. “I struggled on the first nine, but I got it going on the second nine and shot 38 for a total of 83.”

Savoy believes being familiar with the Dothan Country Club course was helpful.

“On 18, there’s a putt on the backside of that green going down — it doesn’t look like it’s going to be that fast, because it’s just a little downhill,” Savoy said. “Me and one of the people in my group had the exact same putt and he hit it 5 feet past and I hit it right next to the hole.

“I just feel like I was able to come back from a rough front nine. I think it went well overall.”