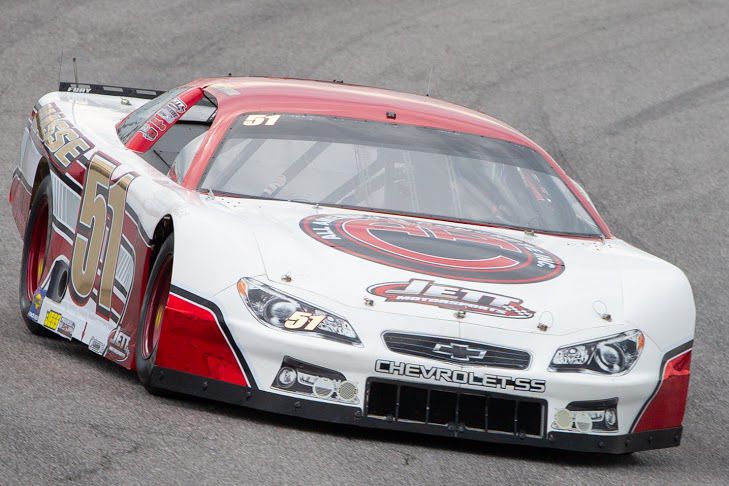 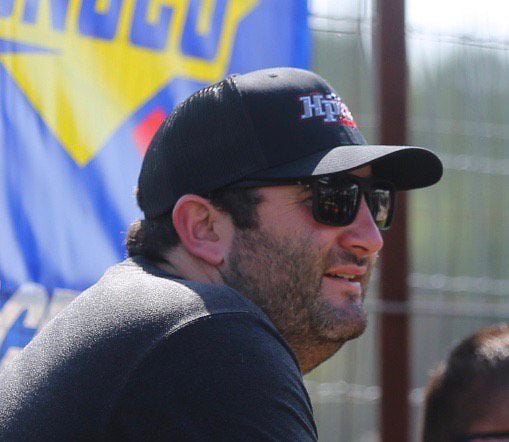 Bubba Pollard is among the track favorites at the South Alabama Speedway. 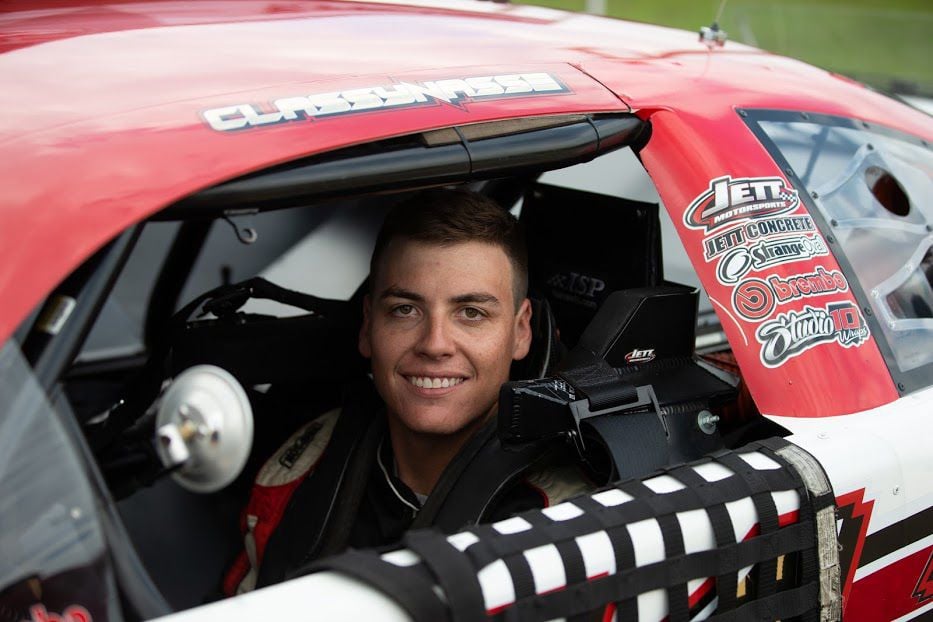 Stephen Nasse is shown in his car before a practice session on Thursday.

Bubba Pollard is among the track favorites at the South Alabama Speedway.

Stephen Nasse is shown in his car before a practice session on Thursday.

It will be worth keeping an eye on those two talented drivers when the green flag waves beginning at 2 p.m. Sunday on the 4/10 oval asphalt track located right off Highway 52 between Kinston and Opp.

While the 36-car field is loaded with notable drivers — such as Ty Majeski, a regular on the NASCAR Truck Series, and defending champion Giovanni Bromante of Long Island, N.Y., — the rivalry between Nasse and Pollard has been a focal point in Super Late Model races across the southeast.

It’s not unusual to see Pollard and Nasse tangling at times during a race, and neither shy away from talking about one another.

“At times, we’ve been buddies, and at other times we’ve been enemies,” Nasse said this week. “I personally really don’t like the guy. That’s just me, though.

“I don’t think that if you are really good, you have to talk about how good you are and he’s one of those guys who likes to kind of brag about himself and how many wins he’s got. He don’t mean nothing to me.”

“Yeah, I’d say that,” Pollard answered. “We’ve both been doing it a long time and we both compete at a high level and are up towards the front each and every week.

“When you race with guys in any type of racing long enough, you’re going to have conflicts and disagreements at some point and time in your racing career.

“Me and Stephen just seem to have different views and different opinions on things the way we race and things like that. I’m not saying it’s not going to happen again, but it’s part of racing, really.

Despite it all, the two drivers do respect one another.

“I definitely know what he’s done and I know what he’s accomplished,” Nasse said. “I’ve been very vocal about that, but I also know that was done with a cheated motor that had 25 more horsepower than what everybody else has. Since he got that taken away, I don’t think he’s won anything else. So, you know, what’s that tell you?”

Last December at the prestigious Snowball Derby in Pensacola, Fla., Nasse won despite navigating much of the race after his power steering failed. However, Nasse was stripped of the huge win following a post-race inspection after a titanium cap which keeps the brakes from getting too hot was discovered in the brake system from the manufacturer.

“We had no idea they were like that,” Nasse said. “They were not really performance enhancing. It would only really help you at really small tracks where you use a ton of brake.

“After the Derby, we took the caps out and then we went to Cordele (Ga.) Speedfest in January and we had the car 100 percent. We had Bubba beat and me and Bubba got to roughhousing and just messed up my race that night.”

So on Sunday at South Alabama Speedway, it would be odd not to see Pollard and Nasse battling each other at some point.

Pollard, however, notes that won’t be part of his game plan.

“I still have the same mindset when I go out to race no matter where we’re at or who we’re racing against,” Pollard said. “I’ve kind of got a mindset and a game plan of what we need to accomplish that day and how we’re going to do it.

“Sometimes people and things can throw you in a different direction, so we just try to do the best we can to stay on that game plan. If something does happen, we try to adjust the best we can and get in position to win the race.

“That’s what we’re here to do is win. We just really race the race, we don’t race the competitor. The rest of it will handle itself.”

One thing both drivers certainly have in common is a love for racing at the South Alabama Speedway.

In 2012, Pollard got his lone victory in the Rattler 250, which culminates the three-day race weekend to open the Southern Super Series season.

“Back in 2003, I think was my first race down here,” Pollard said. “So we’ve been coming down here from quite some time and have watched the race track change and grow. It really is like home.”

Nasse came close to winning the Rattler 250 in 2013 when he finished second behind Kyle Benjamin.

“I was running second to him and was actually running him down pretty good,” Nasse said. “I’d say with maybe 5 to 10 laps to go I got within a couple of car lengths of him. I just got into the corner and got too low one lap and just missed it.

“I think I ended up being about a car length away from him at the finish. It was just a mistake on my part.

“I always have enjoyed this race track from the first time coming here. It’s always been a racy track and I’ve always run up towards the front.”

Both drivers are also glad to be back racing after being shut down due to COVID-19.

“I enjoy racing in general, it doesn’t matter what I’m racing,” Nasse said. “Super Late Models to me as a traveling series is the most competitive above ARCA and things of that matter. I think the competition levels are a lot tougher. The big races bring in the big guys, even from Cup teams.

“So I feel like it’s really competitive and you do a lot of traveling, so you get the best of both worlds. But you can kind of be yourself at the same time and don’t have to be so politically correct all of the time. That’s the way I’ve always been and that’s the way I always plan to be.

“My business is in construction. I don’t need racing for the money. I do racing because I love to race.”

Pollard has enjoyed the time away from the track with this family, but the competitive juices to race are flowing.

“As far as being a racer, we’re always ready to go back to the race track,” Pollard said. “We have some great friends at the race track. We’re just excited to get back going this weekend, especially at South Alabama Speedway.”

Gates open at 9:30 a.m. and there will be an autograph session with the drivers at noon. General admission tickets are $20 for adults and $10 for children ages 6-12. Reserved seats cost $25.

Fans, drivers and crew members will be screened with temperature checks before entering the facility in keeping with safety guidelines prompted by the coronavirus pandemic.