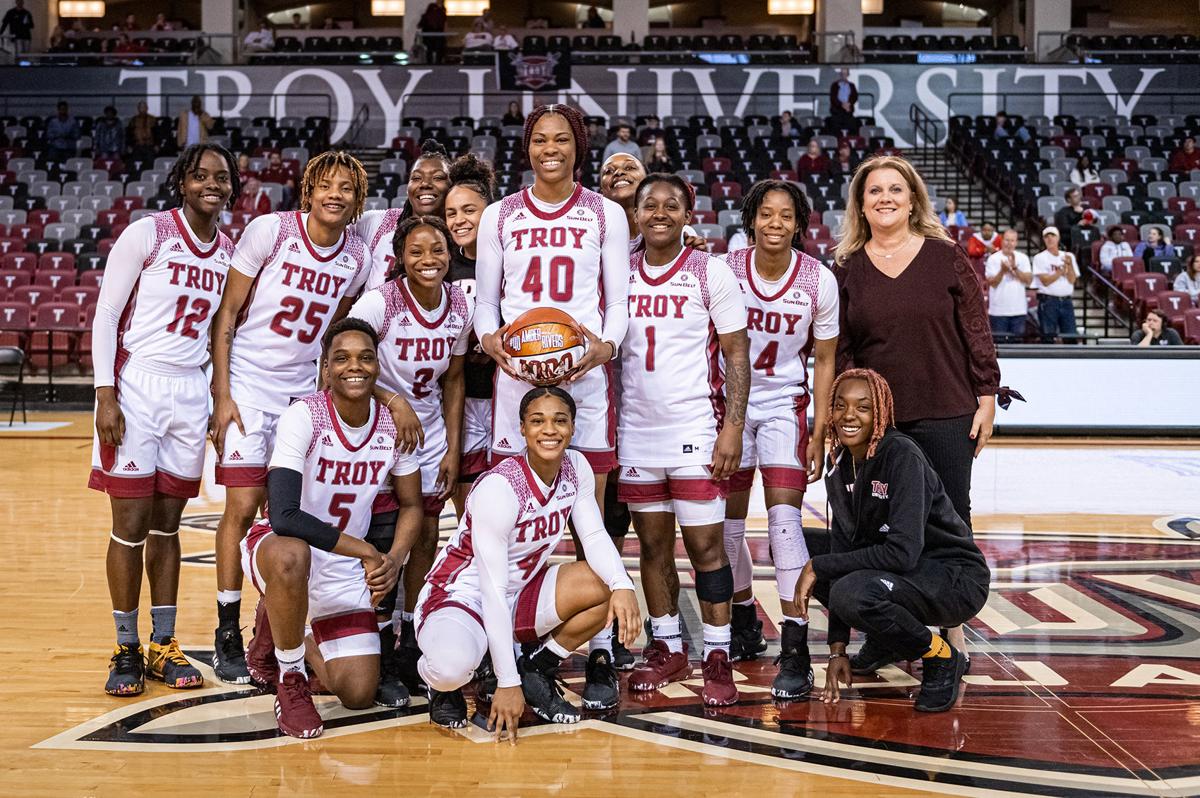 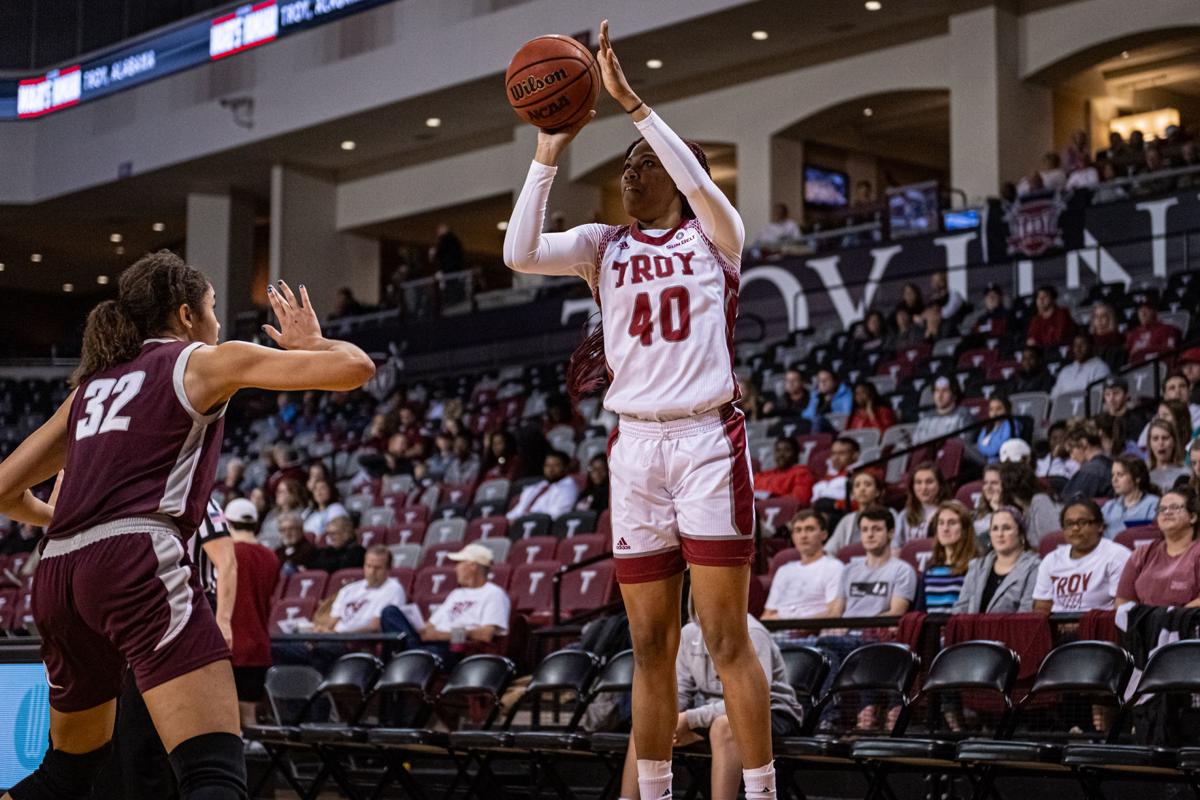 Amber Rivers is one of six seniors from this past season’s Troy basketball team.

Amber Rivers is one of six seniors from this past season’s Troy basketball team.

Chanda Rigby says she hasn’t even unpacked her bags.

“I mean, I know on a knowledge level they’re not going to call and say, ‘Y’all are going to play,’” she said. “It’s hard to give up on that, you know?”

A season for the ages came to a screeching halt last week for Rigby, the Troy women’s basketball coach, and her team.

The Trojans went through an early morning practice on Thursday, March 12, and were scheduled to load onto a bus and head for New Orleans later in the morning as the regular-season champ and No. 1 seed for the Sun Belt Tournament.

With a 25-4 overall record and 16-2 league mark, Troy had an automatic bid into the semifinals set for March 14 at Smoothie King Center. A retreat to the beach earlier in the week had the team in a good frame of mind going into the conference tournament.

“Towards the end of practice I started getting these messages on my phone from Sandy Atkins (deputy director of athletics) saying that because of COVID-19, they were only going to allow six family members for each player and coach (to be in attendance) at the Sun Belt Tournament,” Rigby said.

“She wanted us to get a list together before we left of who those six would be. I got busy doing those types of things while my assistants finished practice. That’s the first we knew we would be affected by the virus. I was explaining they needed to put six family members on the list.”

Not long after, Atkins walked back into the gym.

“I saw Sandy walk into arena and she had a look on her face,” Rigby remembers. “She told us the Sun Belt Tournament had in fact been canceled.

“That was shocking. But she said, ‘You are the No. 1 seed, so you will advance into the NCAA Tournament as the tournament champions as well.”

For a short time frame, the Troy basketball players were able to have some joy in knowing they would have the automatic bid into the NCAA Tournament, which would have started with first round games March 20-21.

“We were sad that we weren’t going to play (in Sun Belt tourney), but we were super excited — this was our dream to go back to the NCAA Tournament,” Rigby said.

The plan was to give the players several days off and they would return to campus the following Monday for a practice and to watch the NCAA Tournament selection show.

Later in the day, everything rapidly changed again. At that point, most of the players had dispersed for the remainder of spring break.

“In less than an hour and a half, word was everywhere that the NCAA Tournament had been canceled,” Rigby said. “It was just a lot of grief in that we left each other so excited and that was the last time we’ll be together as a team competing towards our goal. I really hate that it ended that way.”

Rigby has continued to be in close contact with her players, helping them get acclimated to a new way of doing things as Troy students began taking classes online this week.

Japonica James, one of six seniors on the team, sent Rigby a test message this week telling the coach she was sorry the team didn’t win a (tourney) championship for her.

“It made me send out a group message saying, ‘Let’s all remember, you are champions. You are the Sun Belt outright champions. You did something that’s never been done before and we’re going to celebrate that.”

The team set a school-record for wins this season and became the first to win the Sun Belt regular season title outright.

Rigby assures there will be a celebration at some point when the team can reunite.

“We can’t give the time and date yet, but there are going to be nets cut down,” Rigby said. “We’re going to invite the public. It’s not over.”